Former Hong Kong actress Cherie Chung Chor-Hung (right), seen here with Sammi Cheng, may be turning 60 in February, but she looks as winsome as ever. – Instagram/Sammi Cheng

Screen beauty Cherie Chung Chor-Hung (鍾楚紅) may be turning 60 in February, but she looks as winsome as ever.

The retired Hong Kong actress was seen in photos posted on Instagram on Monday (Jan 13) by Hong Kong singer Sammi Cheng, who wrote,"Feeling at ease and happy at every gathering. Cherishing it."

Cheng praised Chung in her post, saying she had natural beauty. Several netizens also made similar comments, with some of them amazed by her youthful looks.

Chu died of cancer at 53 in 2007. The couple have no children. – The Straits Times/Asia News Network 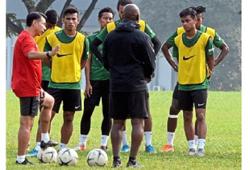