From experimental music and new media to decoding the words of one of Shakespeare's most famous tragedies, there is no shortage of diversity in the performing arts scene in the Klang Valley this weekend. Here are some shows to check out:

In Earthshine (the title refers to the faint shine on the dark face of a new moon caused by the reflection of sunlight from Earth), the performers share the spotlight with the mentioned four elements. Earthshine features Ho Lee Ching, Tess Pang, Ellie Wong, Nadhirah Rahmat and Shane-Capri Chin. 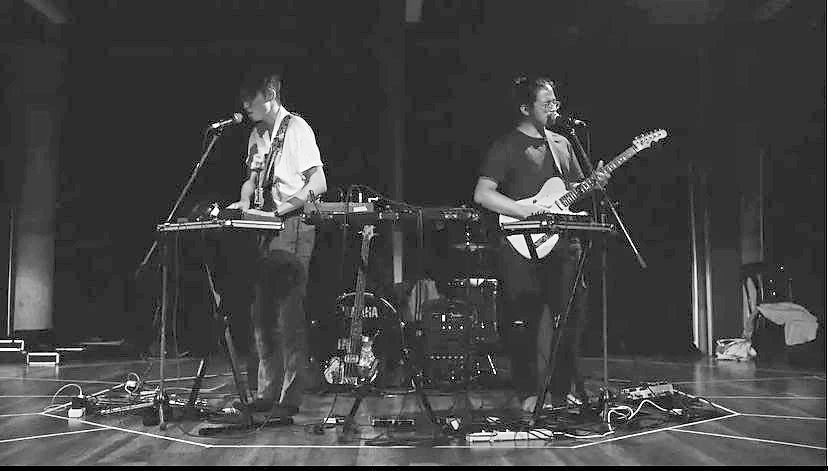 Driven by music, 'Earthshine' moves beyond the bodies of performers and highlights the technical dynamics of a new media theatre show. Photo: Francoe

Five Arts Centre welcomes visitors to its new home in GMBB with Anggota, a contemporary dance show. In this performance, choreographers/dancers Lee Ren Xin and Tan Bee Hung will attempt to excavate what might be carried, what is inherited, and what could be owned in their bodies.

This new dance piece is as much a departure as it is a tribute, a fake ritual – to reclaim, recreate, or perhaps put to rest certain beliefs – and is fueled by both defiance and respect. Beginning with the preceding statement, along with reconstructed memories and dreams, and by emulating, abandoning, and re-rooting inherited actions and values, the performers reconsider their body as an interdependent survival machine.

Anggota, with tickets selling fast, opens a new chapter for Five Arts Centre this month, with a three-week programme of performances, play readings and screenings set to introduce the arts public to its new venue in downtown KL. Old Lear, presented by the KL Shakespeare Players (KLSP), explores and reimagines the characters and themes in Shakespeare’s tragedy King Lear. Directed by Butoh practitioner Lee Swee Keong, Old Lear is a curious study of the struggles of human desires in an uncertain universe, perhaps a place even void of meaning.

The production explores the words and layered perspectives found in King Lear’s characters. First performed in 2019 as part of the 12th KL Butoh Festival, Old Lear incorporates movement and elements from Chinese theatre, and contemporary and Malay heritage. Later in June, the KLSP will also be taking this production to Milan, Italy to compete in an international theatre event at Spazio Teatro No’hma.

A GRAND NIGHT OF OPERA

The KL City Opera (KLCO) makes a return to the live stage with A Grand Night Of Opera, which promises an evening that is both sophisticated and romantic.

During this evening of sweeping music and song, conducted Juan Montoya, the ensemble's principal singers and chorus members will pay tribute to the grand opera. Highlights from Le Nozze di Figaro and Die Zauberflote by Mozart, Madama Butterfly and La Bohème by Puccini, La Traviata and Carmen by Verdi and Bizet look set to delight the masses.

MY WORDS ON YOUR LIPS

Presented by the KL Shakespeare Players and Alliance Francaise Kuala Lumpur, My Words On Your Lips investigates why French is regarded as the language of love. The theatre play, performed in English and French, also comments on society’s obsession with outward appearances, and compares performer-audience relationships before and during the pandemic. My Words On Your Lips is co-written by Gregory Henno and KLSP’s Lim Kien Lee. Cyrano de Bergerac, the 1897 play by French dramatist Edmond Rostand, is used an as inspiration here.