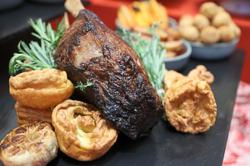 A filepic of the festivities on the 'yagura' stage at the Bon Odori cultural celebration in Shah Alam in 2013. In Japan, the Bon Odori festival is a popular get-together summer event which is accompanied by singing, dancing accompanied by lively gongs, drums and flutes. Photo: Filepic

Bon Odori is a popular summer festival in Japan, with singing and dancing to the energetic beat of drums, gongs, and the sweet melody of flutes.

In Malaysia, the festival dates as far back as 1977. It is held to promote and strengthen cultural ties between Malaysia and Japan by showcasing Japanese food, drinks, art, and dance.

This year, the Bon Odori festival will be held at the Shah Alam Sports Complex in Selangor on July 16. It was cancelled for the past two years due to the pandemic.

"This event started out as a small affair for Japanese expatriates to immerse their children in Japanese culture in 1977. It has now grown into a much-awaited annual event of about 35,000 participants each year," reads a brief description on The Japan Club of Kuala Lumpur website. 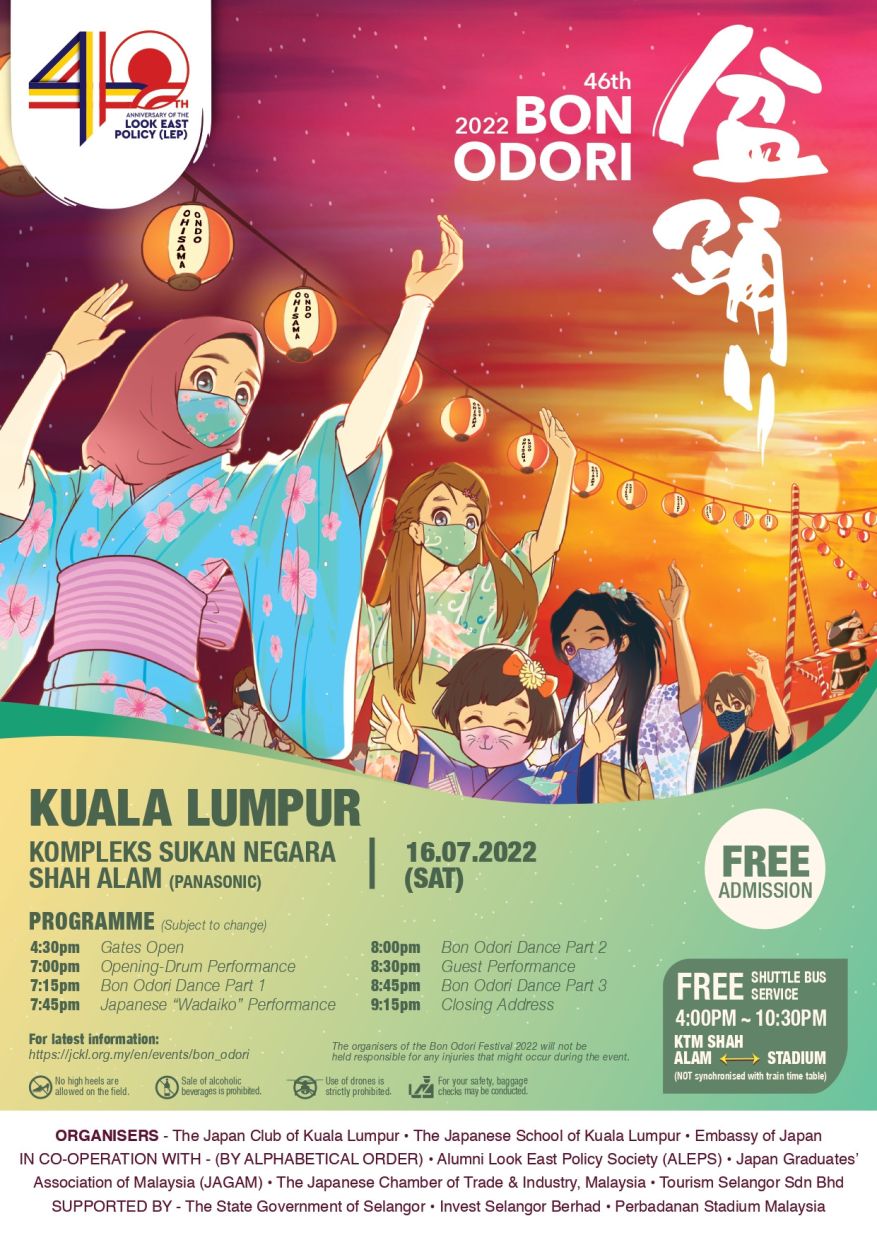 A publicity poster for the upcoming Bon Odori event in Shah Alam on July 16. Photo: Handout

This year's Bon Odori festival also made the news on June 6 when Datuk Idris Ahmad, the Minister in the Prime Minister's Department (Religious Affairs), advised Muslims not to participate in the upcoming festival as it contains elements of other religions, based on a study conducted by the Malaysian Islamic Development Department (Jakim).

The Selangor government will now consult the relevant authorities on the status of the Bon Odori festival which was claimed to have religious elements.

What exactly is the Bon Odori festival?

According to the Web Japan website, run by the Ministry of Foreign Affairs of Japan, the Bon Odori festival - in brief - is described as “another timeless Japanese summer tradition.”

“People, young and old, form a big circle in a large open space and dance the evening away.

“At the centre of the circle, there is a high wooden stage called a yagura. The dance area is lit with numerous lanterns and people dance to the sound of taiko, or traditional Japanese drums, and to the tune of folk songs,” reads the description.

“Originally, the dance was part of a ceremony to honour the spirits of ancestors, but today each community holds Bon Odori for two or three evenings in summer to foster togetherness among the townsfolk.

“There are also many big Bon Odori festivals held in bustling areas with many stalls selling sweets, shaved ice, masks of anime characters and other items, or operating kids’ games with prizes.

“Visiting these stalls with friends is a means of feeling cool, or noryo, for children,” the description adds.

Meet Ben, the 'mushroom' to melt your hearts at toy artist's debut show 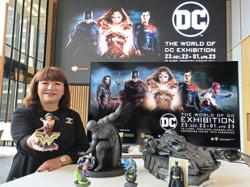