Verschueren wears his "portable oasis" while performing in a street, saying he wanted to be in his bubble in the middle of the city, amid the pandemic outbreak in Brussels. Photo: Reuters

When governments around Europe told people to create a "bubble" to limit their social contacts during the Covid-19 pandemic, this was probably not what they had in mind.

Alain Verschueren, a Belgian artist and social worker, has been strolling through the capital Brussels wearing a "portable oasis" - a plexiglass mini-greenhouse which rests on his shoulders, cocooning him in a bubble of air purified by the aromatic plants inside.

Verschueren, 61, developed the idea 15 years ago, inspired by the lush oases in Tunisia where he had previously worked. In a city where face coverings are mandatory to curb the spread of Covid-19, his invention has gained a new lease of life.

"It was about creating a bubble in which I could lock myself in, to cut myself off a world that I found too dull, too noisy or smelly," said Verschueren, adding that he has asthma and finds breathing within his contraption more comfortable than wearing a face mask. 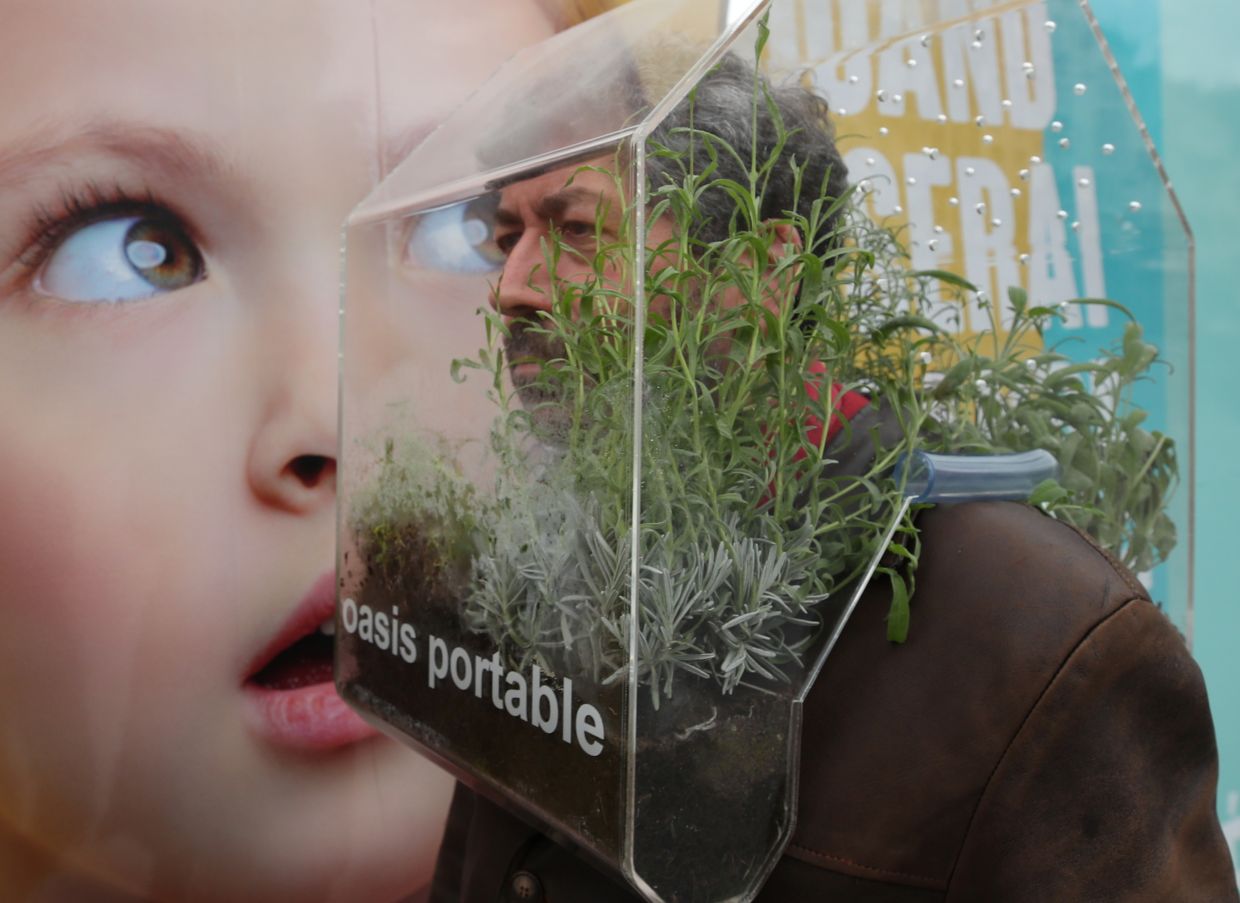 Verschueren developed the idea 15 years ago, inspired by the lush oases in Tunisia where he had previously worked. Photo: Reuters

"As time went by, I noticed that people were coming up to me and talking to me. This isolation became much more a way of connecting," he said.

Onlookers in Brussels appeared amused and confused by the man wandering between the shops - mostly closed due to Covid-19 restrictions - encased in a pod of thyme, rosemary and lavender plants.

Verschueren said he hoped to encourage people to take better care of the environment, to reduce the need to protect ourselves from air and noise pollution. - Reuters