KLPac co-founders Joe Hasham and Datuk Faridah Merican struggled to keep the arts venue alive, but they never failed to keep people’s spirits up during the lockdown, especially with their online storytelling sessions. Photo: KLPac

The pandemic practically destroyed the 2020 calendar year for the arts and culture scene in Malaysia.

Despite countless festival cancellations, months of theatre closures and art event postponements, we can still look back at how a new, resilient and different creative world has emerged to give arts and culture practitioners a path forward.

KLPac, a beacon in the dark

“We will forever be indebted to these kind souls... and all our long-time sponsors who continued to support us, ” says Hasham.

A total of 65 shows were cancelled at KLPac and another 20 in PenangPac. The combined losses for KLPac and The Actors Studio stand at RM1.77mil while PenangPac recorded a RM120,000 loss.

Despite the struggles, the passionate people behind KLPac are more than ready to resume activities. It already has a 2021 programme lined up, including Bollywood Dreams by Datuk Faridah Merican and Hasham’s Mandarin restaging of A Streetcar Named Desire.

“Next year will present a different challenge as we have to look into programming, development and maintenance costs, ” says Hasham.

“It will not be easy but if we were able to survive 2020 then there is no reason why we cannot do it again in 2021 with the help of all our stakeholders, ” he adds. Pangrok Sulap had grand plans for its 10th anniversary celebration this year, including an exhibition and the publication of a book.

But when the pandemic hit, the art collective put everything on hold and decided to redirect their efforts towards working with non-governmental organisations to help affected communities.

“Among them were Borneo Komrad, Gabungan NGO Kota Kinabalu and Cahaya Society. Working together, we sent aid and assistance to those who were in need. We also helped produce DIY face shields for frontliners in various hospitals in Sabah, ” says Rizo Leong, one of the founders of Pangrok Sulap.

The money raised earlier this year from a fundraising campaign, originally intended for their 10th anniversary publication, have been channelled into such community assistance and projects, as well as to cover their studio rent during this challenging period.

“Right now, our priority is the community. We can raise money for the book later. During the MCO, we brought out our old works and sold them online, in an effort to raise funds for these community projects. Our journey the last 10 years has been with the community and we believe it is important to stand together during tough times, ” says Leong. CloudTheatre was rushed into action to give theatremakers a ticketed outlet to share their productions with a global audience. Photo: CloudTheatre

Streaming platform CloudTheatre is definitely a standout arts story this pandemic year. Formed in May to help the shuttered theatre industry, CloudTheatre has become a worthy virtual replacement for the much-missed physical stage.

Cloudtheatre, founded by theatre duo William Yap and Dennis Lee, has moved from stop-gap option to an essential lifeline for theatremakers looking at ticketed shows and an online audience.

To date, CloudTheatre has sold over 10,000 (virtual) tickets to audiences from over 40 countries worldwide.

“We have seen new audiences who have never watched a theatre play before. What we have learned is that time has changed. The medium has to change too by constantly innovating, ” says Lee. Alena Murang kept the music going during this stormy year, and even set up an archival website for Kelabit heritage. Photo: S. Magendran

Kuching-born KL-based singer and sape player Alena Murang has been lucky to have had a busy year – performing regularly ever since the movement control order (MCO) came into effect in March. She was one of the first few artistes to hop onto the virtual stage, performing what she called her “live sape soundbath” sessions.

“For me it’s always important to keep going, pandemic or not. The time I spent not travelling actually gave me the headspace to create. Music has the capacity to heal in many ways – to uplift spirits, to become an outlet, to bring people together, ” says Alena.

Earlier this month, Alena won the Best Styling award at the Buenos Aires Music Video Fest in Argentina for her Midang Midang video. ICT improved on the virtual front with an online screening of Alfian’s Nadirah last month. Nadirah attracted 1,500 viewers from 26 countries.

Both Zoom Parah and Nadirah were streamed on CloudTheatre.

“One outcome I’m particularly happy about though is our community outreach, introducing theatre and having dialogue with a much wider public than ever before. And creating conversations, ” says ICT’s co-founder Jo Kukathas.

Kukathas next mission is to gather funding for the twice postponed show And Then Came Spring, in collaboration with refugee theatre company Parastoo Theatre.

“Going digital isn’t cheap and we’re going to need financial help but it’s an important step towards bringing the arts to everyone.” 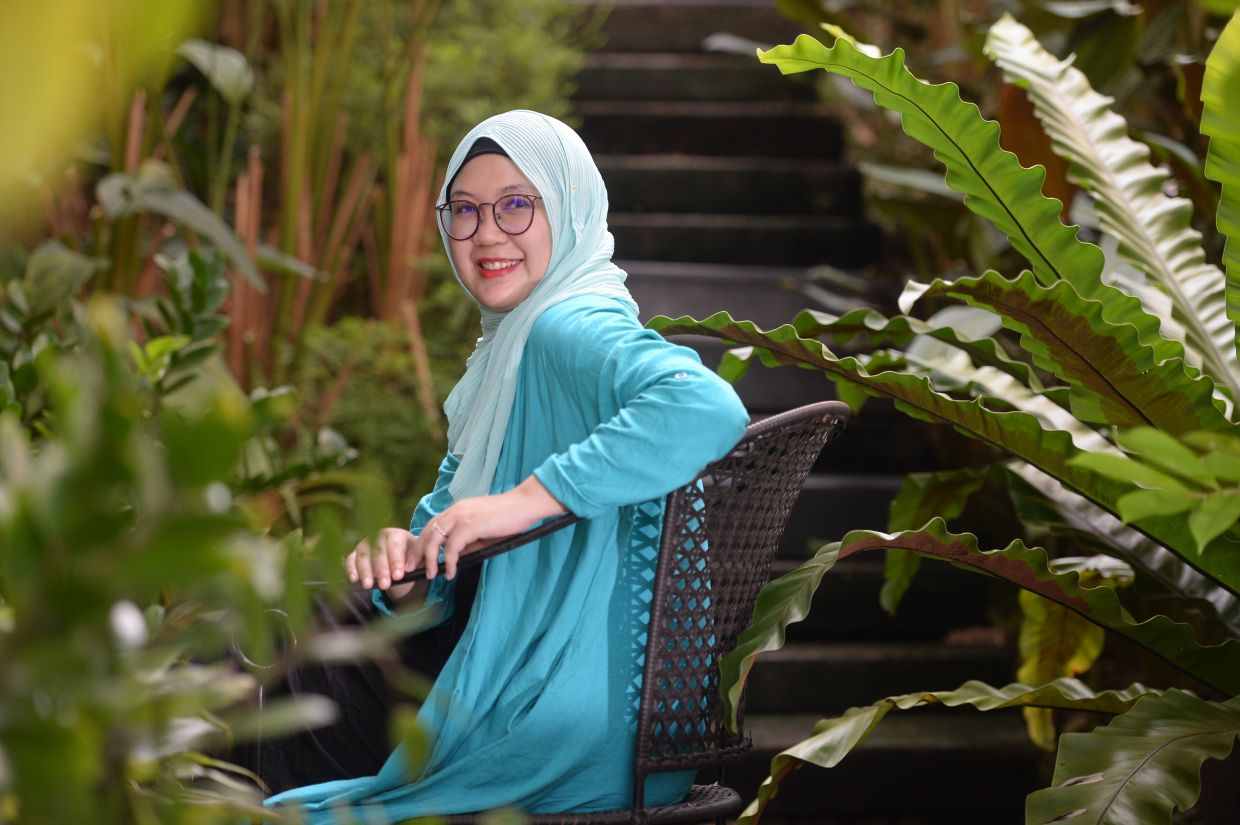 Author Hanna Alkaf went beyond the literary scene with her inspiring role in mobilising the #kitajagakita community initiative. Photo: The Star/Ong Soon Hin

The #kitajagakita initiative at the start of the MCO rallied Malaysians together in a spirit of togetherness to help one another.

Once Malaysia went under lockdown, author Hanna Alkaf, along with her friend Andrew Loh (co-founder of pulangmengundi.com), swiftly set up the #kitajagakita.com platform on March 18.

The website’s role is to collect, verify and list initiatives done on the ground to help vulnerable communities and medical frontliners, making it easy for people to donate and share beyond social media space.

On the personal front, Hanna’s The Weight Of Our Sky won the Freeman Book Award for Adult/High School Literature in January. She also released her second novel in August called The Girl And The Ghost. At this rate, could we be seeing a third novel soon? 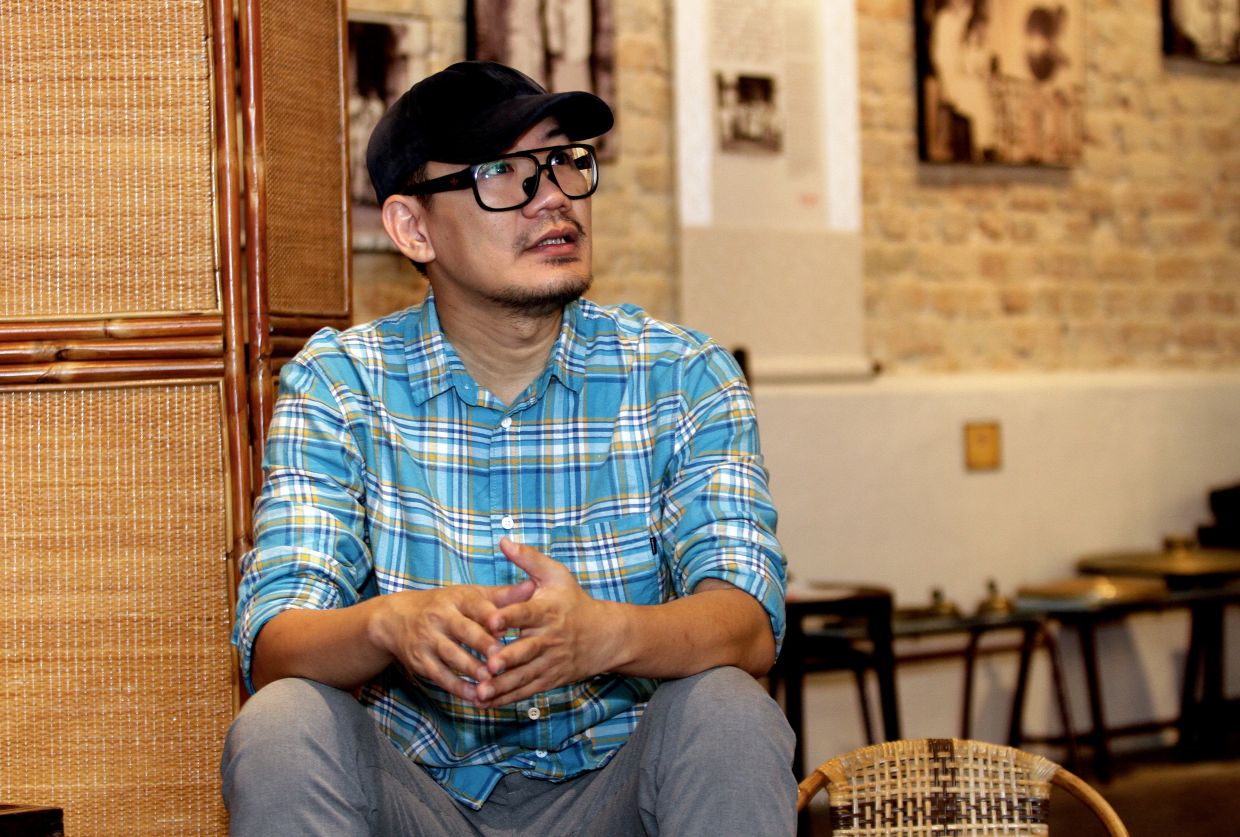 Film director and arts activist Chong Keat Aun became the pride of the nation when he bagged the Best New Director award for his film The Story Of Southern Islet at the 57th Golden Horse Awards in Taipei, Taiwan last month.

The film was inspired by a true incident that happened in the 1980s at Kedah’s Gunung Keriang.

Chong was also behind HeriStage, a 12-part online multi-cultural video series, all shot at KongsiKL. He set it up as a means to help various traditional performing arts troupes severely affected by the pandemic and the MCO.