The Instant Cafe Theatre (ICT) is bringing back one of its most hard hitting plays, Singaporean writer/playwright Alfian Sa’at’s Nadirah, for an online screening.

The version of Nadirah that will be streamed this Saturday is a past recording of the show that was performed at Festival Tokyo in Tokyo, Japan in 2016 starring Sharifah Amani as the titular character. CMCO Nadirah also features most of the original cast such as Farah Rani, Patrick Teoh, Neo Swee Ling with Iedil Dzhurie Alaudin replacing Redza Minhat.

The play tells the story of Nadirah, a girl who is the product of a mixed marriage – her father is a Malay man from Malaysia, while her mother, Sadirah (Neo), is a Chinese woman from Singapore, who has converted to Islam.

One day, Sadirah tells her daughter she is planning to re-marry, this time to a non-Muslim named Robert (Teoh). This sparks a conflict of faith versus love. Can mother and daughter worship different gods?

Nadirah is inspired by the 2008 Yasmin Ahmad film Muallaf, as well as the real-life custody case of Nadrah/Maria Hertogh, whose court case caused riots to break out in Singapore for three days in December 1950. It was first staged in Singapore at The Substation in 2009 and then at Drama Centre Theatre in 2011 before its KL debut in 2012 at the Kuala Lumpur Performing Arts Centre.

“The play is about the place of religion in our society. Whose business is it? The state, the family, or the individual? Is faith public or private?” says Kukathas.

“Though set in Singapore, the play will resonate with Malaysian audiences as religion increasingly becomes not just a private matter of faith but a public contestation. The story is moving, funny and heartwarming, ” she adds.

CMCO Nadirah is a ticketed event, on a pay what you like basis, with RM8 as the starting point. There will be a post-show discussion with the creative team. The two-hour play will be presented in Bahasa Malaysia and English with Bahasa Malaysia, English and Japanese subtitles.

Part of the proceeds from CMCO Nadirah will be donated to Parastoo Theatre, a KL-based refugee arts group. Last week, Parastoo Theatre’s play And Then Came Spring, in collaboration with ICT, was postponed for a second time since the start of the movement control order in March.

In July, Kukathas directed Zoom Parah, a virtual restaging of another of Alfian’s plays called Parah. It attracted 1,000 viewers from 20 countries. 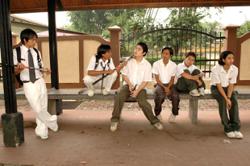 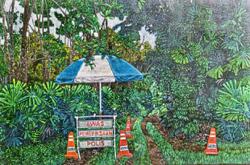