Talking mugs and watering pots may be the stuff of fantasy or Disney movies. But who knew they could also be the leading stars in a theatre production?

Directed by Moka’s co-founder Ridhwan Saidi, Teater Atas Meja will be streamed for free every Thursday at 8pm via Moka’s Vimeo channel and its Instagram page, starting this Thursday (Sept 17).

Each video will run for 10 minutes with English and Bahasa Malaysia subtitles. To date, two videos have been completed.

“Teater Atas Meja is the staging of plays on a surface, using everyday household items as characters,” says Nurul, underlining the use of the table top theatre model.

“Elements from diorama and puppetry will be incorporated in this production since table top theatre is somewhat similar to puppet theatre.

“Performers will be more of puppeteers rather than actors. They will need to work with the objects to convey what the characters say in the story," she adds.

To inject freshness to the online series, each playlet will be filmed at different outdoor locations such as a park, forest reserve and a lake.

In March, Moka started Drama Kilat, a minute-long 13-part episodic audio drama series. Then in May, Moka opened its digital vault with Buka Arkib, with three plays from its Teater Normcore series online for free.

Moka has also produced an 85-minute movement-based film called Tiada Cinta Selama Muda, directed by Ridhwan. Filming began in June and it was completed last month. The film is under post-production.

Next month, Moka will be organising a few forums, starting on Oct 17 with Sesi Fikirasa, which discusses film. 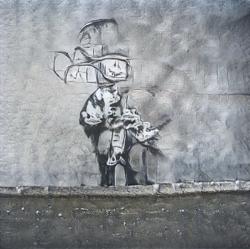