Then find a quiet room, turn off the lights, put on your headphones and immerse yourself in a theatre experience like never before.

This will be followed by a live 30-minute post-show Q&A session.

The Bacchae will also be released as a podcast on Spotify at a later date. Lee says creating 'The Bacchae' has been an immense challenge. Photo: Exit 11

“Creating this production has been an incredible six-month journey. As a stage director adapting to new forms of working in the face of a global pandemic, creating The Bacchae has been an immense challenge, ” says Lee, 23.

“The choice to do an audio-only production, or sonic theatre, came about because of a desire to create a new-live experience in which audiences could feel the same visceral attachment to the piece and the world of the play they would in a live theatre, ” explains Malaysian-born Vienna-based Tan Tzy Jiun, Exit 11’s co-founder and co-creative director.

“The idea was that the 'immersiveness' of the sound would bring the same emotional reaction as an in-person performance - it would feel like they were present despite the fact they would be experiencing it at home, ” adds Tan.

This adaptation of The Bacchae, based on modern translations and adaptations by Canadian translators Anne Carson and Ian Johnston, is supported by Art Jameel's Research and Practice Programme.

First performed in 405 B.C, The Bacchae tells a story of madness and freedom, of tyranny and liberation, and of human downfall and divine uprising. 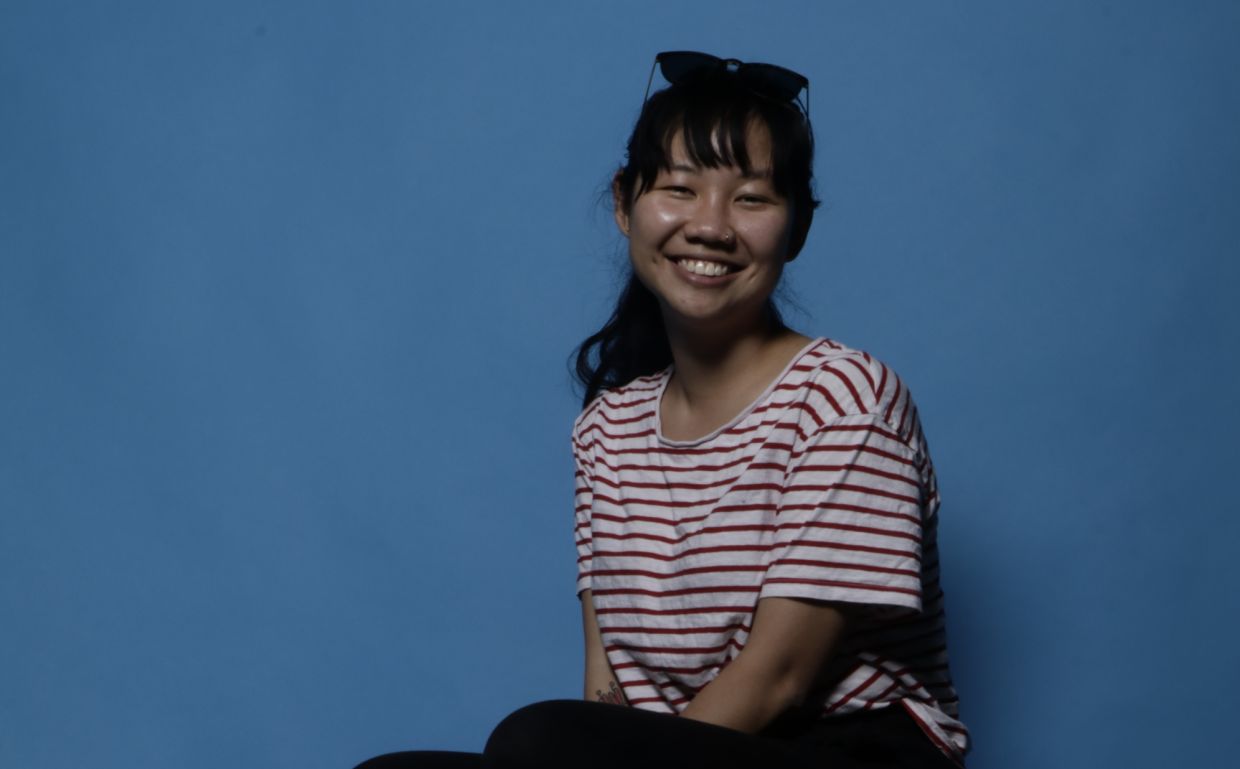 The show's original music, says Tan, is a big highlight in this production. Photo: Exit 11

“Classical tragedies are interesting to us because we see the same conflicts around us today. They are highly adaptable.

“This tragedy resonated with us because it shows how men in power can fall prey to their own anger. Gender dynamics are an integral core of the story, ” offers Tan, 24.

To place the audience within the world of the audio play, Tan says the production’s sound designer Reema El-Kaiali, a Palestinian-American audio engineer, used binaural audio editing. Essentially, this creates a 3D stereo sound sensation for the listener of actually being in the room where the play takes place.

“Through sound we have created a visceral experience in which the audience can both see and feel the world of the play, ” says Tan.

“A centrepiece of the show is original music. We were attracted to the choral odes that split up the scenes. We invited Mary Collins, a close friend and musician, to work on the songs, ” she continues.

The Bacchae was created remotely by a team of 19 artists from the United States, Britain, Bulgaria, United Arab Emirates, India, Hong Kong, Malaysia and Taiwan.

While the project was first conceptualised in March, online rehearsals only began in July. Recordings were completed in August while September and October were used for post-production.

Tan, Lee (a British-American currently based in Ras Al Khaimah, UAE) and Kevin Ke from Taiwan are all NYU Abu Dhabi graduates, who co-founded Exit 11 in Nov 2019. They all worked together extensively, developing work at The Arts Center in their university.

Handmade holiday cards are art pieces in themselves; some tips
Indonesian curators of documenta top art scene list despite anti-Semitism row
Shantanand Festival of Arts returns, headlined by dance and music
Superstar opera trio add sparkle to ‘The Hours’ at the Met
Rushdie shares new book excerpt as he makes recovery from stabbing attack
Did you know that the Rubik's Cube can be completed in 3.47 seconds?
Oxford Dictionaries names 'goblin mode' its word of the year
'That time of year': Christmas concerts, musicals to add to the festive mood
'Threading Hope' exhibit in KL spotlights regional weaving traditions
St Edward's Crown moved out of tower ahead of King Charles III's coronation