Statues from the "Torlonia Marbles" are seen during an exhibition that brings together some 96 ancient sculptures comprising of bronze, marble and alabaster statues in Rome. Photo: Reuters

One of the world's biggest private collections of antique marble sculpture has brought restored works, from mythical creatures to statues of emperors, back to public display in Rome this month.

More than 90 Greek and Roman pieces of 620 in the Torlonia catalogue are on show now in the Villa Caffarelli at the Italian capital's Capitoline Museums.

Valentina Raciti, who has worked on the restoration for four years, was passing a sponge soaked with ammonium carbonate over the figure of a reclining woman holding a crown on a tombstone when he was visited.

Such pieces might already have been restored several times over the centuries.

"The way they restored things in the 18th Century tried to imitate what was added, the flaws. By contrast, we have an eye for the artistic side, but also try not to hide what we've done," explains Raciti.

Her colleague Elisabetta Lulli points out how "you can see the previous restorations, like in a history book" on a Greek sculpture known as "Il caprone in reposo" ("The resting goat") that was worked on by legendary Baroque sculptor Gian Lorenzo Bernini. 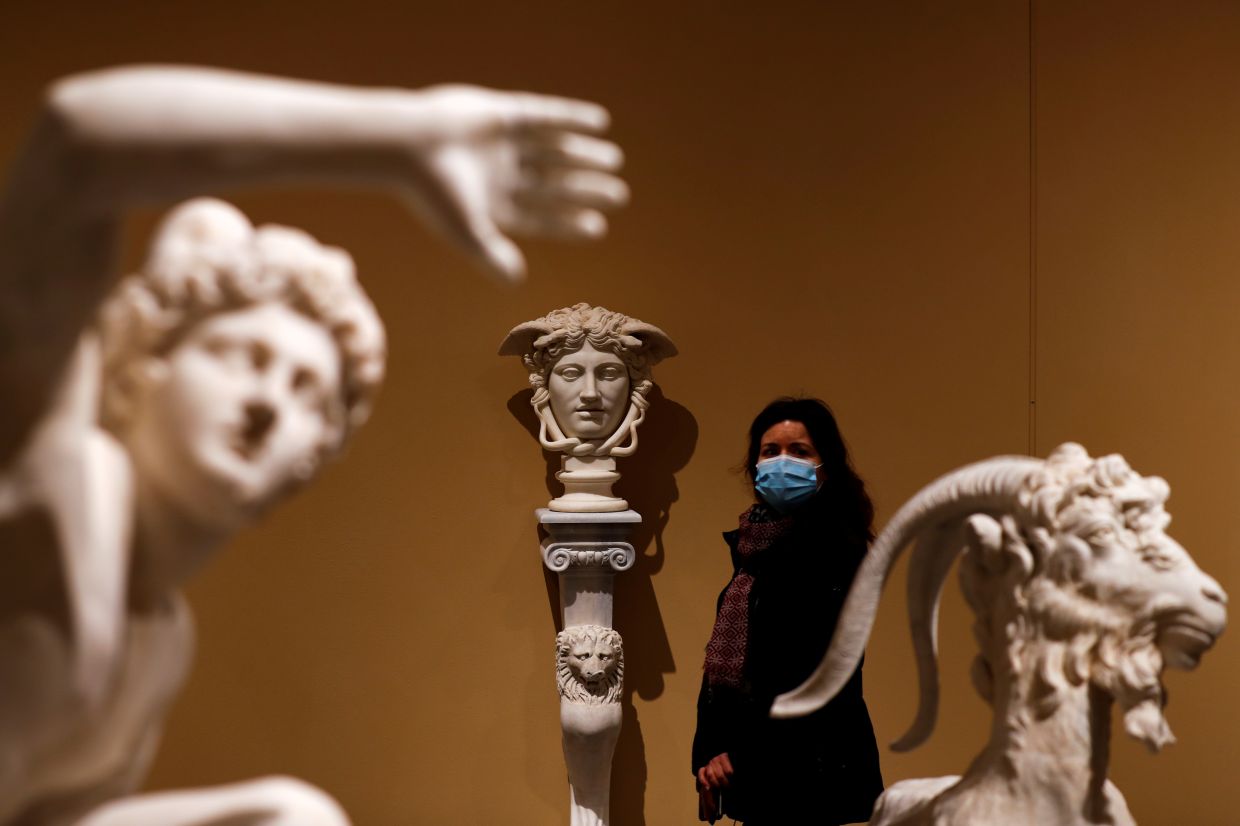 The 'Torlonia marbles' show is set for a tour of Europe and the US before returning to a permanent space in Rome. Photo: Reuters

"What's especially interesting in this collection are all the inserts that have been made, either in marble or plaster, in short all the interventions of the past, we catalogue them to get a general idea of the history of each piece," says restorer Kine Settimini.

"It's emotional just to touch" works like a bronze sculpture of Germanicus, a Roman general who was the older brother of Emperor Claudius and father of Caligula, the Torlonia collection's chief curator Anna Maria Carruba says.

"There's a big difference between works preserved in museums and those in private collections. With art in museums, the observer is supposed to imagine the missing pieces back into places, so even if they aren't nice to look at they have the charm of ancient things. In a private collection, by contrast, that's unacceptable," she adds.

The "Torlonia marbles" exhibition - supposed to open in April but pushed back due to the coronavirus pandemic - was born of a partnership between the Torlonia foundation, Italy's culture ministry and the luxury brand Bulgari.

It is set for a tour of Europe and the US before returning to a permanent space in Rome. - AFP Relaxnews