Make tea the right way or you won't get married. Photo: KATYLYN BOONE/Unsplash

A famous Colombian woman once told us that in her country, cooks scare off death by slapping raw chicken and yelling shrilly.

If you’ve watched TV series Modern Family (some of us are rewatching it since staying at home is the best thing to do right now), you’ll know that it was simply something Gloria made up to get back at Jay for making fun of her customs.

Every culture has food-related superstitions that have been passed down through the generations, some just as ludicrous as Gloria’s cleverly-concocted one.

One of the granny doctrines in Malay families, for example, is that young girls should not to sing while cooking in the kitchen or they will end up marrying an old man. Age differences mattered then more than now, but as with many of these adages, it was really to “scare” the girls into paying attention to what they were doing and not burn the food.

If singing is taboo in Malaysian kitchens, in Mexico, screaming is encouraged. When preparing tamales – a corn-based dough wrapped around a filling and steamed in corn husks – the cook screams at the tamale pot. This is supposed to produce a more delicious dish. There are many superstitions built around rice. Photo: PILLE RIIN PRISKE/Unsplash

The Japanese believe that if you lay down immediately after a meal, you will turn into a cow. In Thailand, if you hit another’s hand as you both reach for food, a visitor may be making an appearance.

The Philippines has a variation on this: A visitor is on the way if someone drops cutlery on the ground – a fork means a male visitor; a spoon, a female.

Don’t break a bottle of fish sauce in Vietnam, as it will bring you bad luck – not to mention leaving your home with a lingering smell of fermented seafood.

Superstitions about rice abound in many cultures. Not finishing all the rice on your plate is a no-no, of course, but talk to a child about wasting food and it may just go in one ear and out the other. Instead, scare him into thinking he will end up poor for the rest of his life and see how fast he cleans his plate.

The Chinese even drill down this particular lore to the number of leftover grains – these will determine how many acne scars you or your future spouse will have.

An old wives’ tale commonly heard in the Indian community is to avoid eating raw rice as doing so will bring the rains on one’s wedding day. Never mind that it may lead to a stomach ache, but Heaven forbid that a bride and groom’s big day is a washout! Since food is such a big part of all cultures, it’s no wonder that it is the subject of many superstitions that hope to prevent marital discord.

Korean wives, for example, are advised not to feed their husbands chicken wings because he may fly away from her.

In Indonesia, eating in the doorway could result in having difficulty in finding a spouse. Diners should also avoid sitting at the corner of a table during a meal as this can cause problems with their in-laws and wreck their marriage.

The French may not have as strict a tea-making ritual as the English, but they have a superstition in regard to this process: Never put milk in your tea before the sugar or you may never get married.

Also taboo are certain food pairings. Here are two: Don’t combine brandy with durian or you could severely overheat, which could even lead to death (someone probably thought of this when they were tipsy); and don’t consume milk and tomatoes together as the acid in tomatoes will curdle the milk and cause the stomach distress.

Now, we know the French take their bread seriously, so when a grand-mère tells you to never place a loaf upside down on a table as this invites misfortune (famine or even the devil!) to the home, it’s a warning to heed.

The superstition is said to have originated in the Middle Ages when public executions were common. The local baker, fearing the bakery would run out of bread before the executioner got there, would reserve his best baguette by placing it with the domed side down so nobody else would touch it. The “man of death”, who wasn’t in the habit of chatting with anyone or paying for anything, could then just walk in, grab the loaf and be on his way – and no heads would roll. Here’s an old chestnut: Don’t swallow guava seeds (which are small and very hard) or they will grow into a tree on your head or from your belly button. Some also say they seeds could cause appendicitis if swallowed. The same goes for watermelon seeds.

Another example of our bodies being the host for the odd vegetation comes from our elders saying (especially to young children who loathe bathing), “If you don’t wash inside and behind your ears, potatoes will grow out of them.”

You’ve heard the one about swallowing chewing gum and how it will give you gas and you’ll start blowing bubbles out of your bottom. How about this one from South Africa which says the gum will get entangled around your ribs and turn you into a hunchback for the rest of your life?

Now, if you accidentally swallow a fish bone, you could follow it up either with a ball of tightly packed rice or a banana. There may be some logic in the remedy since the bone could get embedded in the rice ball or banana and pass through your digestive system.

But the advice to turn your bowl or glass upside down is a little hard to fathom. It seems to suggest that the bone will hopefully travel from the top of your body to the bottom. (Isn’t that what is supposed to happen anyway?)

Is it science or superstition?

Let’s look at a couple of common adages that appear closer to logical reasoning (although there’s no scientific evidence to back them up) than just something grandmother came out with.

The aphorism 'An apple a day keeps the doctor away' was based on a Welsh proverb. Photo: PRISCILLA DU PREEZ/Unsplash

“An apple a day keeps the doctor away” is an English-language aphorism that has been around for years and was based on the Welsh proverb, “Eat an apple on going to bed and you’ll keep the doctor from earning his bread”.

Apparently, “apple” was simply used as a loose substitute for “nutritious food”, which obviously doesn’t roll off the tongue quite as smoothly in a rhyme.

Generations of children have been told that carrots improve eyesight. While the vegetable is rich in beta-carotene, which may help reduce the risk of cataract and macular degeneration, scientists say you’d have to eat a truckload of carrots for this to happen. But that could then cause your skin to turn yellow or orange, a condition known as carotenemia.

The carrots-as-sight-booster folk wisdom was in fact deliberately manufactured by Britain’s air ministry in World War II who created the myth that carrots could help their pilots see in the dark.

According to Smithsonian Magazine and fact-checking organisation Snopes, it was a propaganda campaign to make the Germans believe the lie as a cover-up for a secret new defence technology (Airborne Interception Radar) against Nazi bombers. News stories began appearing in the British press and whether the Germans fell for the claim or not, the disinformation was so pervasive that the English public took to eating carrots to help them find their way during blackouts.

Here’s some advice on cucumbers which may have the ring of truth. To get rid of bitterness, cut off one end, sprinkle it with a little salt and rub the two cut sides together until a white sap appears.

Cucumbers contain cucurbitacins, a class of compounds that are bitter and act as a self-defence mechanism against being eaten. It has been found that cucurbitacins are concentrated at the ends, so point to grandma on this superstition.

You’ve probably seen those viral videos of people throwing boiling water into the air in sub-zero temperatures and the water immediately freezing, a phenomenon known as the Mpemba Effect. Does this validate the old wives’ tale that hot water makes ice cubes freeze faster?

Apparently, the paradox “has been debated since at the least the 17th century when [English philosopher and statesman] Sir Francis Bacon wrote about it”, states American scientist Robert Wolke in his book in What Einstein Told His Cook.

He explains that hot water really may sometimes freeze faster than cold water but only under certain conditions. The theory has been tested in a lab, but there are too many variables for us to perform the experiment using our home refrigerators.

The reason for this is dissolved air, which is where the bubbles come from. Search online for a detailed explanation with all the science and diagrams; the short version is: hot water holds less dissolved air than cold water.

We may think of superstitions as irrational and ridiculous, they’re often arbitrary, and most are scare tactics to get children to behave. But whether we believe them or not, psychologists point out, old wives’ tales are an important part of culture and heritage as they help identify and unify a community. 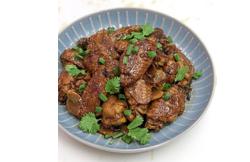