THIS Ramadan, diners will get a chance to be whisked away on an Aladdin-esque magic carpet ride.

From April 15 to May 9, d’Tempat Country Club’s Grand Ballroom in Bandar Sri Sendayan near Seremban, will be transformed into Agrabah, the fictional desert kingdom of Disney’s Aladdin, to complement a nightly spread highlighting the flavours of the Middle East and North Africa.

In this mystical setting, guests can sample an array of dishes from Algeria, Morocco, Saudi Arabia, Tunisia and Yemen.

D’Tempat Country Club head of hospitality Jean-Michel Kok said guests could look forward to good food at the club with plenty of surprises in store.

“Themed Agrabah Tales, this year’s Ramadan showcase promises to take guests ‘wonder by wonder’, just like the line in Aladdin’s A Whole New World, ” he said.

Executive sous chef Mohamad Raziff Ishak said the hallmarks of Middle Eastern and North African cuisines were the subtle spicing of dishes that added depth of flavour and the liberal use of herbs.

“Many of the dishes also use tomatoes (fresh or in paste form) as the base of gravies and sauces, as well as lemon juice which adds tartness and a refreshing zest, ” he elaborated.

As a sweet finish, the culinary team has come up with desserts that include mini treats such as baklava and basbousa alongside traditional favourites like apam balik and bubur pulut durian.

The club’s early-bird promotion — which ends on April 13 — is priced at RM75nett (adult) and RM45nett per person for guests aged from four to 12 years, frontliners, people with disabilities, and seniors aged 60 to 80 years.

The buffet dinner is served from 7pm to 10pm. 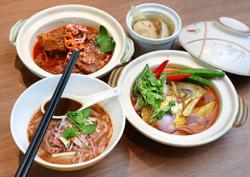 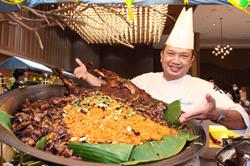