“ALADDIN” wheeled “Princess Jasmine” in a carpeted trolley as Thai handmaidens floated into the room with sword-bearing guards in tow. That was how elaborate the Katnook winemaker’s dinner at Sunway Resort Hotel and Spa was.

Imagine. To refresh the palate, the passion fruit sorbet was served in dainty teapots, with smoke blowing out from their spouts, like genies’ lamps.

For an eight-course menu, six chefs and a panel of 10 took two weeks to decide on the food and wine pairing.

Debates were waged over what would go with the Beef Wellington and Truffle Mustard. One side favoured the Prodigy Shiraz. Another thought the Cabernet Sauvignon 2016, which had chocolatey hints, was more suitable.

Input from Katnook Estate South East Asia manager Alison Harvey, who has been marketing the label in this region for the past 20 years, decided in the latter’s favour and the Shiraz, with its rich raspberry notes, was delegated to go with the Arabic Lamb Cutlet with Biryani Rice.

The Unagi Sushi Croquette was another bone of contention. During initial samplings, it was presented like a ladoo and the panel felt it needed slimming. Following another tweak and a side serving of a cod roe mayonnaise dip, it got the thumbs up.

It was decided that a Founder’s Block Cabernet Sauvignon 2017 which went with the first starter, a Chicken Ballotine and Young Papaya Salad, would also go with the croquette. The white wine’s fresh, fruity character was versatile enough to accommodate the spicy nature of the chicken starter and the creamy flavours of the cod roe.

For the Riso Pasta with King Prawn and Parsnip, a 2016 Chardonnay was chosen to complement the dish’s herby and nutty pesto sauce. The wine, with its rich, buttery notes carried traces of vanilla and brought back memories of pennyworth.

Dessert came in the form of a chocolate mousse made from a 70% blend of Criollo and Trinitario cacao. Encased within a trio of golden orbs and served with drops of sourish yuzu sauce, it was created by a member of the Malaysian team who won first prize at the World Pastry Champion this year.

At dinner, Harvey revealed the characteristics of this Australian wine label comes from the region’s soil. This is made up of a red mineral rich loam on the first layer, hard limestone which stops the vine from wasting precious nutrients on uncontrolled root growth on the second and softer limestone at the bottom to allow water for irrigation.

Fine wines connoisseurs should know that three of Katnook Estate’s labels have remained in Langton’s Fine Wines Auction list for the past 15 years. They are the Cabernet Sauvignon, Prodigy Shiraz and Odyssey Cabernet Sauvignon, which only comes in limited edition and is classified as “outstanding” in the Australian auction house’s premium list.

It must be noted there were no Odyssey productions in 2007 and 2011 which had drought and rain. But the vineyard did manage to produce limited editions of Cabernet Sauvignon in 2011. 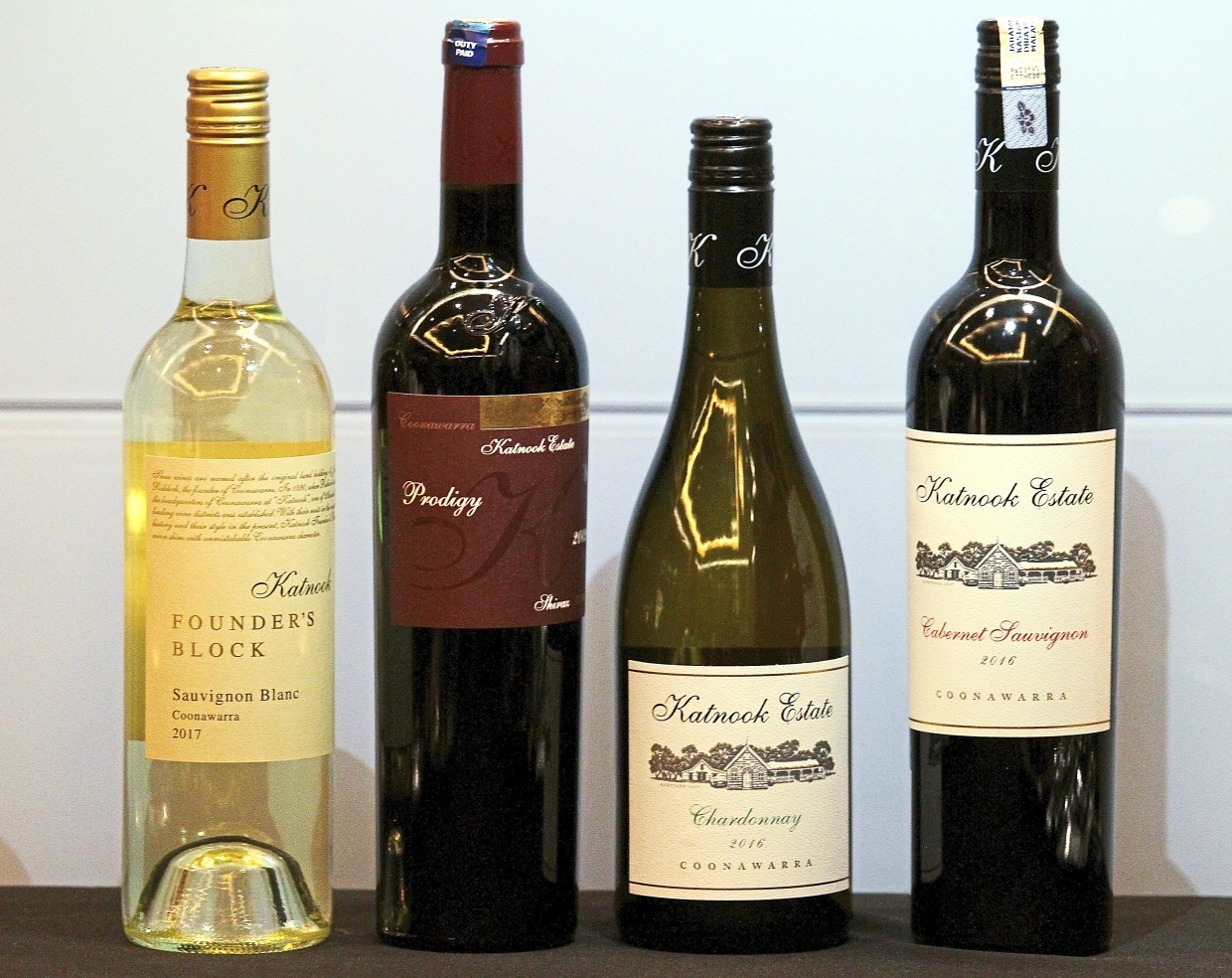 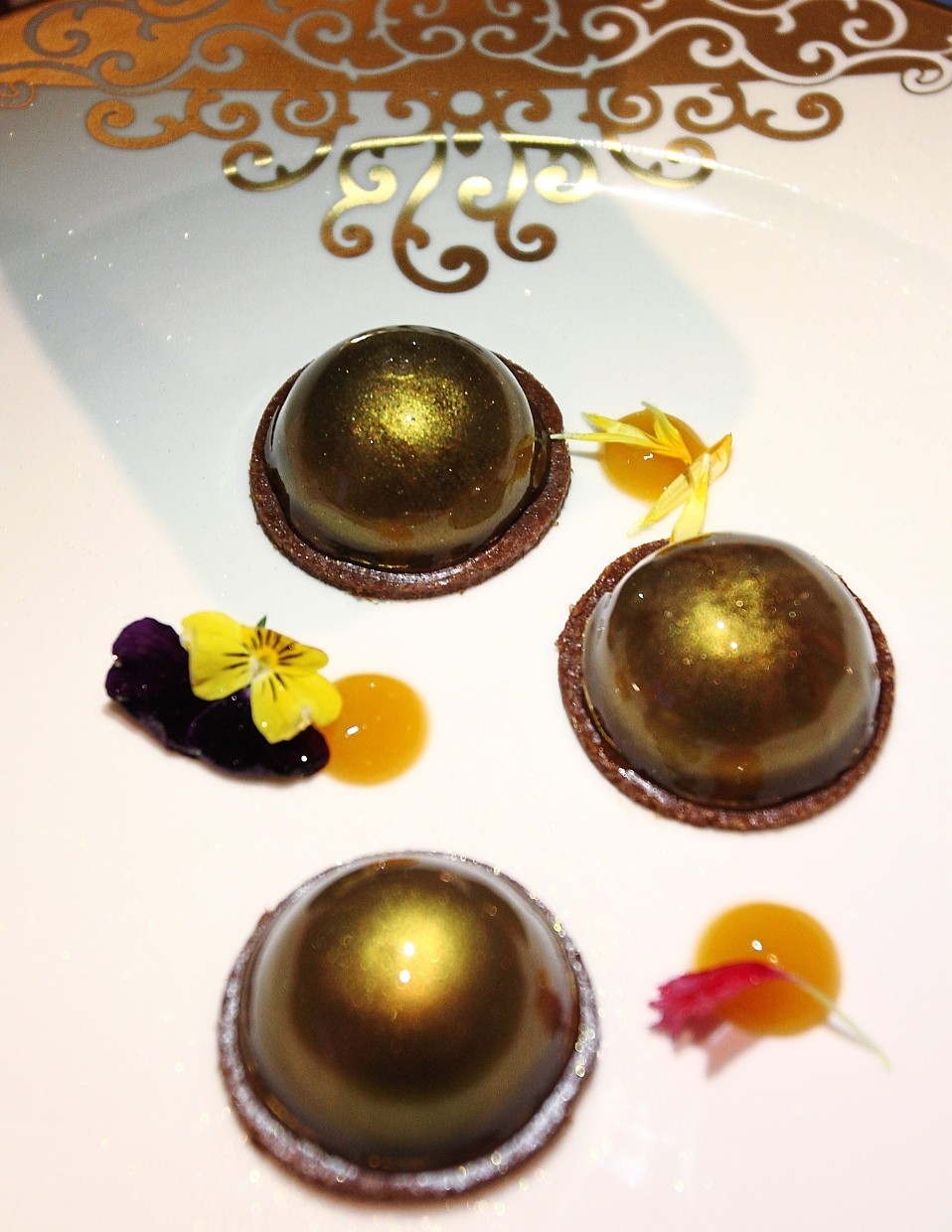