MY EG saw the second highest net money inflow of RM1.44mil. Its share price rose 4.48% during the week.

KUALA LUMPUR: Foreign funds continued to reduce their shareholdings in Bursa Malaysia with net selling of RM40.57mil in the trade-shortened week ended Feb11, according to MIDF Research.

MIDF said the market saw net foreign outflow for the first half of the week followed by net inflow for the subsequent half. However, the inflow was insufficient to reverse the negative momentum.

It pointed out local institutions were net sellers every day of the four-day week. This pattern of net selling has been ongoing for the second week this year.

However, retailers were net buyers for the first half of the week before taking profit in the latter part of the week. The largest net buying was on Monday at RM123.09mil and largest net outflow was recorded on Thursday at -RM14.32mil.

“Since the beginning of 2021, cumulatively, retailers are the only net buyers in the local equity market to the tune of RM2.11bil. Local institutions and foreign investors are net sellers to the tune of -RM1.35bil and -RM760mil respectively, ” it said.

MIDF Research said in comparison with three other South East Asian markets which it tracked that last week; Malaysia and Indonesia were the only countries which recorded net outflows last week.

Genting registered the highest net money inflow of RM1.67mil last week. Its share price closed down 0.94% for the week, underperforming the KLCI which had a +1.32% weekly increase.

Sime Plantation recorded the second largest net money outflow RM7.41mil during the week under review. Its share price was +0.61% higher during the week. 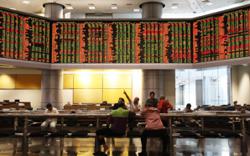