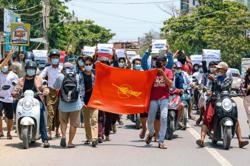 A protester holding a placard outside the US Embassy in Yangon.

Opponents of Myanmar’s coup welcomed new sanctions from Britain and Canada as protesters took to the streets, marking two weeks of daily demonstrations against the South-East Asian country’s military for seizing power.

Adding to the diplomatic pressure, Japan said it had agreed with India, the United States and Australia on the need for democracy to be restored quickly after the Feb 1 army takeover in which elected leader Aung San Suu Kyi was detained.

Youth leader and activist Thinzar Shunlei Yi applauded Britain’s asset freezes and travel bans on three generals as well as steps to stop any aid helping the military and to prevent British businesses working with the army.

Canada said it would take action against nine military officials.

“We urge other nations to have such coordinated and united response, ” she wrote on Twitter.

“We will be waiting for EU sanctions announcement on the 22nd, ” she said yesterday, calling on people to gather at the EU office push for sanctions to include measures against military businesses.

A small group of opponents of the coup gathered outside the British embassy in the main city of Yangon yesterday saying they wanted to offer thanks for the support.

Police in Yangon sealed off the city’s main protest site near the Sule Pagoda, setting up barricades on access roads to a big intersection where tens of thousands have gathered this week.

Several hundred protesters gathered at the barricades anyway, a witness said, while crowds also formed at another favourite protest site near the university.

Protesters waving signs and flags drove around the northern city of Myitkyina on motorbikes, images on social media showed, and confronted police blocking some roads.

Clashes have occurred in the town, the capital of Kachin State, over the past two weeks with police firing rubber bullets and catapults to disperse crowds.

Myanmar’s junta has not yet reacted to the new sanctions.

On Tuesday, an army spokesperson told a news conference that sanctions had been expected.

Meanwhile, protesters mourned the death of a young woman who died yesterday, more than a week after being shot in anti-coup demonstrations in Myanmar.

Mya Thwate Thwate Khaing was a teenage grocery store worker in Naypyidaw until less than two weeks ago, when a gunshot turned her into a national symbol of resistance.

Her death of the young anti-coup protester has sent a ripple of grief through the country, days after a bullet struck her in the head during a confrontation with police.

She had joined a massive rally in Naypyidaw demanding the release and return to power of the country’s ousted civilian leader Suu Kyi. — Agencies 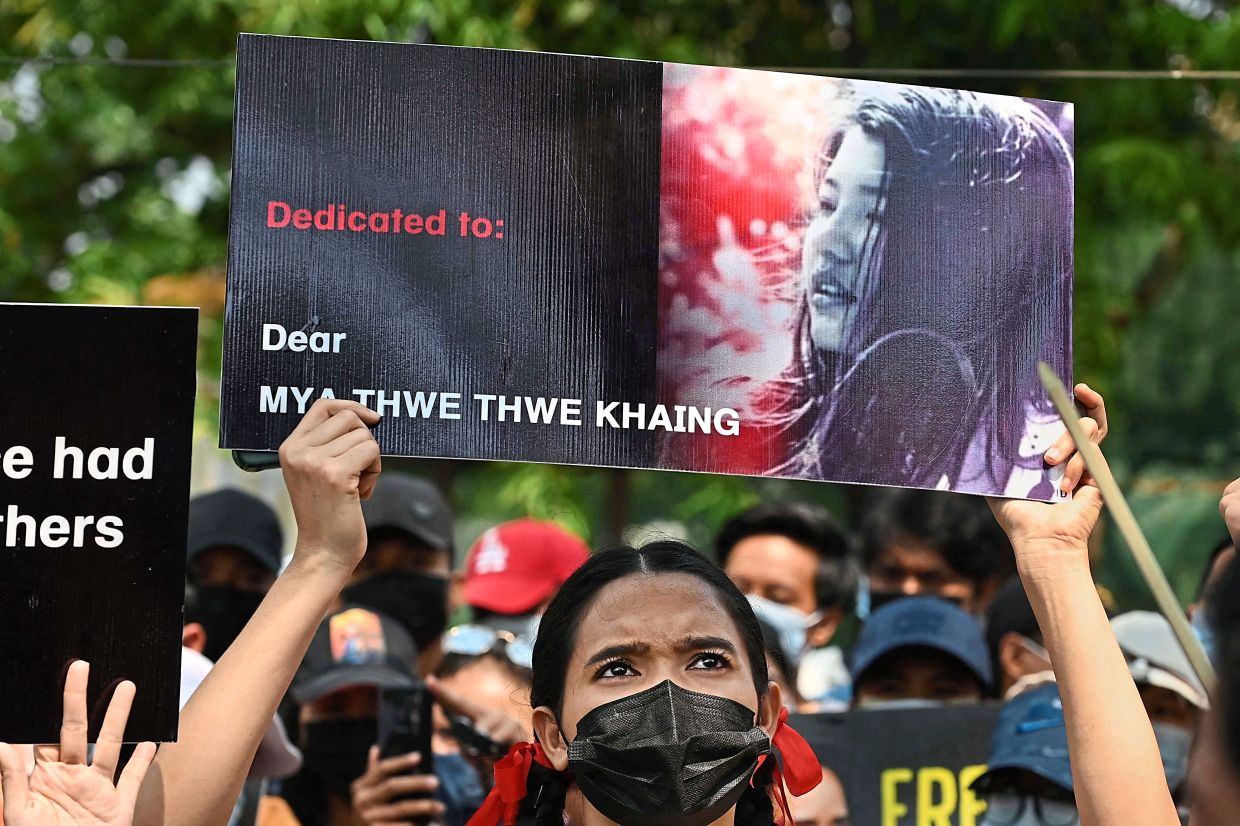 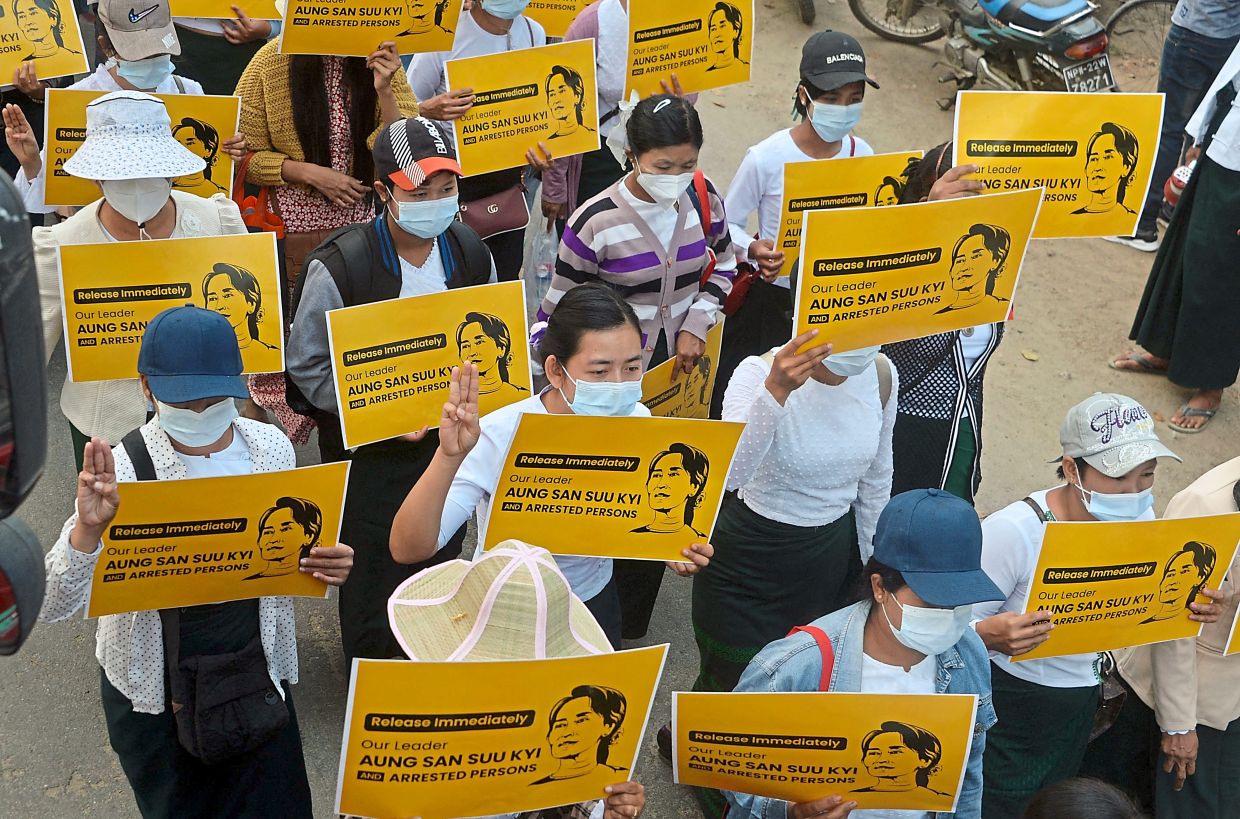 Protesters marching with a banner that reads ‘we want democracy’ in Naypyidaw.

A man gesturing towards residents (unseen) as police stand guard at the entrance gate of a Buddhist monastery where pro-military supporters took shelter after clashes with local residents.

Protesters holding the three-finger salute during a demonstration in Yangon.

National symbol of resistance: A protester holding up a poster with a portrait of Thwate Khaing during a rally in Yangon. — AFP

Teachers march with signs demanding the release of detained Myanmar leader Aung San Suu Kyi during a demonstration against the military coup in Naypyidaw on February 19,2021. (Photo by STR/ AFP)

Call for talks on Myanmar 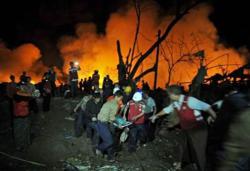