The chief beauty of Gotham Knights winds up being its story. The tale takes place in a Gotham that’s Batman-free, and it explains this explicitly early on, leaving you no room to await some random Bruce Wayne cameo. — WB Games Montreal/TNS

This is not the Arkham universe. The title of the game, Gotham Knights, is your first giveaway of that.

Let’s be clear about that from the very start. When developer WB Games Montreal set out to develop the latest Batman (ish!) video game, instead of setting it in the Batman: Arkham world that’s given WB Games so much fruit in recent years, Montreal went elsewhere. And yet Gotham Knights will always exist in the Arkham shadow. It’s impossible to escape that.

The end result is a game that’s destined to be compared to what’s come before – and simply doesn’t compare to what’s come before. Despite that, Gotham Knights does deliver plenty of fun, even if it’s not quite as captivating as you might expect. It’s a game that aims to deliver its own ideas, formats, and story – and from the very beginning, it works to distance itself from the Caped Crusader.

In some ways, it all works magically. In others, it fails. The chief beauty of Gotham Knights winds up being its story. The tale takes place in a Gotham that’s Batman-free, and it explains this explicitly early on, leaving you no room to await some random Bruce Wayne cameo. That lets you embrace the four characters you can choose to play as: Nightwing, the Red Hood, Batgirl, and Robin (the Tim Drake version, although I wished it was Damian Wayne).

All play subtly different (the close-quarters Nightwing and quick Tim Drake were my favourites), inviting decent replay value and a bit of gameplay variety. But it’s their stories and interaction together that work the best. Each character is beautifully detailed; a lot of love has gone into making this game visually terrific. There’s a slight downside to this that’ll limit your pool of coop partners though: It’s next-gen only, so your best friend Xbox One or PlayStation 4 can’t be your tag-team partner.

That’s a shame too, because the game shines most when thing are in coop. Each character has a different default play style, but you have plenty of freedom in how you upgrade, and that can let you turn, say, the hacker-friendly Batgirl or Robin, who seems built for stealth, into an entirely different kind of character. Playing alongside somebody allows both players to build distinct characters, and it’s when you’re out on patrol with a friend that this game is at its best. For years, we’ve needed a open-world superhero game that allowed for coop, and that’s what we get here.

The fun of cooperative brawling on the rooftops of Gotham at least somewhat offsets the fact that the combat, on its own merits, is somewhat bland. Sure, your characters can do unique things, and each has a Momentum ability that you can drop just for variety. But by and large, you can also mash buttons to eventually take down your enemies. That’s partly why the stealthy Drake was fun: He invites more of a tactical approach than Hood and Nightwing.

Still, overall, there’s just less variety here than what you had with the neighbourhood’s original hero. To maximize your fun factor, you’ll want to play this game with a friend. Period.

Or you’ll want to play for the story, because that’s terrific. Sure, you may see some of its beats coming, but, by and large, it’s an interesting tale that sees our four lead characters deal with leading Gotham without Bruce Wayne around. And much like the underrated HBO Max show Titans, which had a similar plot in Season 3, the new quartet of heroes struggle and bicker, revealing emotions and frustrations and their true feelings about the man who brought them all together along the way.

It’s a satisfying tale told through cutscenes that you can sit back and watch, and explored in moments as you talk to other characters in the Belfry, your Gotham base of operations.

It’s this tale and the excellent coop play that see you through when other elements of the game fall flat or grow boring (and they will). And it helps make Gotham Knights worthwhile. This is far from a perfect game (although there’s more to come with a four-player multiplayer challenge mode on the way), but as superhero coop games go, it’s a strong first attempt. I’d love to see more detail grafted onto each character’s gameplay, and a game that delivered a slightly more interesting world to explore (this Gotham has plenty of expanse but less of the Riddler Trophies and other touches that always made Arkham so fun).

And I’d love to see WB continue to develop this Gotham Knights universe. A universe free of Batman can make for a great video game. Even in fits and starts and with a few visual glitches, Gotham Knights makes that crystal clear.

'Fantastic Beasts: The Secrets Of Dumbledore' review: An aimless loss of magic

'Uncharted': Fun, mindless videogame adaptation that charts its own course 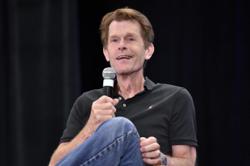