Soon, you’ll be able to control all your smart devices from a single application 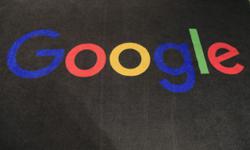 The Matter standard, developed and launched by some of the biggest names in smart home technology, should soon be rolling out. — AFP Relaxnews

The Matter standard, which is designed to ensure interoperability between connected devices, should be rolling out by the end of 2022. This means that Matter-compliant devices will be able to operate in any connected environment, via a single application, regardless of the smartphone or tablet used.

The latest iterations of iOS (16) and Android (13) seem to be pushing for the implementation of interoperability between connected devices before the end of the year.

The idea is that everyone will be able to manage all their smart devices day to day, regardless of brand, without having to depend on a specific technology or operating system. In the future, a single application should be enough to control all your Internet of Things (IoT) devices, thanks to this new home automation protocol.

In addition to convenience, the other major advantage of having one single common standard concerns security. In addition, device configuration is expected to be simplified, and users will still be able to use the voice assistant of their choice.

For the project to succeed, the main players in the market came together to reach an agreement – namely Google, Apple, Amazon and Samsung, all of whom were founding members of Matter. This new standard is also supported by the overwhelming majority of manufacturers, from Ikea to Legrand to Somfy. The first version of the Matter standard will work equally well via Ethernet, WiFi or Bluetooth connection.

However, while some current products will be compatible with Matter via a simple update, others will have to be replaced. – AFP Relaxnews

How Amazon outage left smart homes not so smart after all

Subscribe now to our Premium Plan for an ad-free and unlimited reading experience!
Smart home 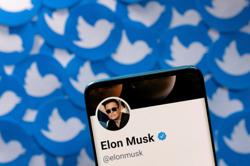 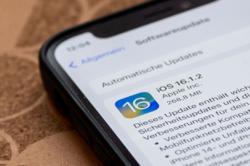 Crypto broker Genesis owes Gemini's customers $900 million - FT
The first SMS was sent 30 years ago. When will the last one be?
How to start a WhatsApp chat without, ugh, creating a new contact
Where to turn off some of Windows 11's biggest annoyances
Exclusive-Twitter exec says moving fast on moderation, as harmful content surges
FTX's LedgerX attracts interest from Blockchain.com, Gemini- Bloomberg
Will Netflix and its rivals succeed in stamping out password sharing?
France's Macron discussed Twitter content rules in meeting with Musk
U.S. says Swiss engineering group ABB to pay over $315 million to resolve bribery case
From tweeting to 'tooting': The switch from Twitter to Mastodon