How Amazon outage left smart homes not so smart after all An Amazon Ring sign is shown as a security warning at the entrance to a residential home in Encinitas, California, US. Affected Amazon services included the voice assistant Alexa and Ring smart-doorbell unit, causing many irate device users to tweet their frustrations to Ring’s official account. — Reuters

The outage at Amazon.com Inc’s cloud-computing arm left thousands of people in the US without working fridges, roombas and doorbells, highlighting just how reliant people have become on the company as the Internet of Things proliferates across homes.

The disruption, which began at about 10am Eastern time Tuesday, upended package deliveries, took down major streaming services, and prevented people from getting into Walt Disney Co’s parks.

Affected Amazon services included the voice assistant Alexa and Ring smart-doorbell unit. Irate device users tweeted their frustrations to Ring’s official account, with many complaining that they spent time rebooting or reinstalling their apps and devices before finding out on Twitter that there was a general Amazon Web Services outage. Multiple Ring users even said they weren’t able to get into their homes without access to the phone app, which was down.

Others said they weren’t able to turn on their Christmas lights.

The outage prompted people to reflect on the pitfalls of having a “smart” home that’s overly dependent on not only the internet, but one company in particular – while those with “dumb” homes gloated that their fridges and light switches were working just fine.

Several of the affected AWS operations were on the East Coast. AWS said about nine hours later that it had resolved the network device issues that led to the outage. – Bloomberg 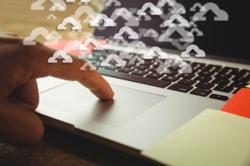