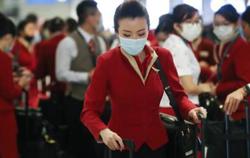 Police received two calls within three hours on Monday night from jobseekers duped out of nearly HK$140,000 (RM79,498) in a common type of online employment fraud in Hong Kong, known as the “boosting sales” scam.

According to the force, scammers will send out fake job offers through instant-message services such as WhatsApp to victims, offering them monetary rewards for e-shopping. The jobseekers were told the shopping helped boost sales and the popularity of the online retail platforms, but they had to pay in advance.

Swindlers promised that after the transactions, the victims would receive the principal and commission. But they were instructed to deposit the payment for the goods into bank accounts controlled by tricksters instead of directly with the online shops.

One of the two victims who called police on Monday night was a 28-year-old woman who received commissions in the first few rounds of her “missions”.

According to police, she was coaxed into transferring money into three designated bank accounts after being lured to do more transactions.

“She realised she had been conned after she did not receive the money she paid and the promised commission, and she was unable to contact the fraudster,” police said on Tuesday. She lost HK$82,000 (RM46,563).

The woman called police at about 8.30pm on Monday. Detectives from the Sham Shui Po criminal investigation unit are handling the case.

The second case came to light when a 20-year-old woman made a report to police at about 11pm on Monday.

She was conned out of HK$57,814 (RM32,829) after she was instructed to transfer the money into two bank accounts. Her case is being investigated by the Yau Tsim criminal investigation unit.

Police have classified the two cases as “obtaining property by deception” – an offence punishable by up to 10 years in jail under the Theft Ordinance.

According to the force, no arrests were made in the two cases.

Police reminded job-hunters to be wary of adverts that offered big salaries or work-from-home arrangements but did not have any requirements regarding academic qualifications or work experience.

In the first six months of this year, police handled 10,613 reports of cybercrimes in the city with financial losses totalling HK$1.58bil (RM897.20mil). In the whole of last year, fraudsters conned victims out of HK$3.02bil (RM1.71bil) in 16,159 cases of technology crime. – South China Morning Post