What supply chain mess? For Buy Nothing devotees, it’s not a problem 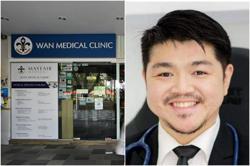 acquired the dress she is wearing, earrings, purse and kid’s bicycle through the Buy Nothing programme. She is seen at home in Claremont, California. — Los Angeles Times/TNS

Imagine not worrying about supply chain delays or the likelihood that your e-commerce order is stuck somewhere on a cargo ship.

That’s what life is like for members of the Buy Nothing Project, the terribly unfun name for a movement in which folks give away stuff they don’t need: children’s clothing, backyard produce, knickknacks, electronics, even big-ticket items such as cars.

The Buy Nothing ethos has been surging by providing goods and personal connection during a time when both have been in short supply. Lately, there’s the added impetus of a holiday shopping season marred by fears of product shortages and high prices.

Buy Nothinger Stacey Doan isn’t feeling any pre-holiday shopping stress, even though both her young children have birthdays in December and her family celebrates both Hanukkah and Christmas.

“It’s a big month, but I’m not worried about it,” said Doan, an associate psychology professor at Claremont McKenna College in Claremont, California. “I’ve gotten birthday gifts for my kids and their cousins, Father’s Day gifts for my husband. I haven’t even had to look for gifts sometimes because someone will know I’m looking for something and tag it for me. It’s pretty amazing.”

The Buy Nothing Project, which recently launched an app to augment its Facebook-centric universe, is running a holiday challenge with the admonition: “Rethink buying your gifts this holiday. Instead GIVE and ASK from others in your local community. It works!”

“When Black Friday is getting close, BNP administrators often will spend a couple of weeks ahead of time setting things aside that could actually be a nice gift,” said Katherine Valenzuela Parsons, a longtime leader in the Buy Nothing Project who serves on the advisory board for the BuyNothing app. “I gave away a humidor that was in great shape, and somebody gave it to their husband for Christmas.”

Buy Nothing groups are much more than a newer version of the Craigslist curb alert.

The mission is to promote giving of goods and services within hyperlocal circles. The vibe is intimate and touching – qualities in high demand during pandemic isolation.

Claremont resident Anna Balthaser joined a Buy Nothing group in 2017, thinking, “Oh, cool. It’s all free stuff.” A year later, she took on running the group, which has grown from dozens to a couple of thousand members.

“We’ve seen all kinds of stuff. We had a Jacuzzi gifted. It’s actually sitting in my backyard right now. I was the lucky recipient. Everything from that to, on the other end of the spectrum, vegetable peelings and dryer lint.” (Dryer lint has many uses: including as pet bedding (think rodents or birds), kindling, a papier-mache base and pillow stuffing.)

For Allen Furr, professor emeritus of sociology at Auburn University, tales from the Buy Nothing trenches tell him that the groups are about much more than getting things free.

“It’s people who are responding to the loss of a sense of community, after the contentious election, after Jan 6, after the long months of the pandemic,” he said. “It’s about people who are trying to engage others in a helpful, altruistic way.”

Balthaser’s mom, for example, had a taste for brown sugar and maple oatmeal, which couldn’t be found on depleted supermarket shelves. Buy Nothing members came to the rescue.

“I’m friends with a lot of members because of our Buy Nothing connection,” Balthaser said. “I would not have met them or developed relationships if it weren’t for Buy Nothing. I know what their children like. I know who’s ailing, who has to clear out a house because their parent is moving into assisted living. I know because this builds a really good connection with people.”

Group members bond over the most mundane items, such as toilet paper, said Kristi Fisher, leader of a Buy Nothing group in Chatsworth, California.

“Someone in my group always had toilet paper,” even when retail and online stores had none, she said. “Nobody in our group went without because no matter how many times somebody asked, somebody always provided. There were people just posting and saying, ‘I have toilet paper neighbours. Who needs toilet paper?’”

The Buy Nothing Project grew from a 2013 trip to a set of remote villages near the Nepal-Tibet border, when co-founders Liesl B. Clark and Rebecca Rockefeller saw how the people shared very limited resources that were delivered sporadically by truck on dangerous mountain roads.

The head woman of one village advised that any gifts be doled out equally in 17 piles for the 17 families who lived there. Then the women of each family were free to redistribute the goods based on what others needed.

“That was a huge eye-opener for me, this lesson on social capital, that even an adult woman who didn’t have a baby would want baby clothes in her pile because that would then connect her through giving to a family that was about to have a baby,” Clark said.

The duo also were concerned about the amount of plastic detritus washing up on the shores near their Pacific Northwest homes. To get at both concepts – giving and reducing waste – the first Buy Nothing group began later that year on Bainbridge Island, Washington.

The rules were simple. No buying. No selling. No trading. No bartering. No dumping of things that someone just wants to get rid of.

Because Facebook was the vehicle of choice then, Facebook rules on what could and could not be moved on the platform held sway. Those who wanted in had to be approved by their targeted Facebook group, which serves a particular neighbourhood. Giving takes place within one’s own group.

“What’s happening is a community narrative that’s being built,” Clark said. “We come to know each other through our gives and our asks.

“People make connections through their personal stories, and just little pieces of information. But I’ve heard from a lot of people, and a lot of Buy Nothingers who say, ‘I just go there to read the comments because this is how I’m learning about my neighbors’.”

The isolation of pandemic restrictions resulted in a surge of new Buy Nothing members, bringing the “gift economy” to 4.27 million people in 6,800 groups in 44 countries, according to the app’s latest tally.

But that isolation wasn’t the only impetus, experts said.

“There were a number of different social forces that were pushing this over the finish line,” said Michael Solomon, a marketing professor at St. Joseph’s University in Philadelphia and author of more than 30 books on such things as consumer behaviour, social media marketing, advertising and fashion psychology.

“One of them was that need for community, but at least some of this involved people who were feeling disenfranchised or alienated from big faceless companies. It was a bit of a backlash against fast fashion, which is environmentally not very friendly.

“It was also feeding into the sustainability movement, which was really given quite a push during the pandemic. And there was the voluntary simplicity in the decluttering movement. All of those things were part of it as well.”

The explosion in Buy Nothing Facebook joiners caused groups to become so large that they became difficult for local administrators to handle. So, they “sprouted”, the groups’ word for splitting membership into even smaller neighbourhoods. This has happened so often that the names of some Buy Nothing subdivisions gradually acquired a level of complication never anticipated.

Ramona Monteros, a mother of two who lives in North Hollywood, Los Angeles, joined her group in 2018, when it had just 40 members. It grew to 400 members in pre-pandemic 2020, and new members continued to pour in.

“We got up to around 1,800 people and then we split. And so now my group has around 800 members,” Monteros said, noting that the long-winded name for her hyperlocal membership is now the following mouthful: Buy Nothing NoHo Arts (North)/North Hollywood (Central), Los Angeles.

Decluttering was one of the things that drew Parsons to the Buy Nothing Project.

“I found out about Buy Nothing in a minimalism group where people were downsizing,” she said. But it’s the smartphone app that excites her.

“The app has been something that has been a dream to help us move off of Facebook. Facebook can be really hard to run groups on, especially with the size that Buy Nothing got to be,” Parsons said.

“The app really gives you control of how far you want to go,” she said. “You don’t have someone setting boundaries for you. You set those parameters yourself. So that’s going to be, I think, super cool when I’m able to find people on a map near me and I can just zone in on maybe who’s there.”

A common activity that “really reverberates for us” are containers that travel from member to member, Monteros said. In her group, large suitcases are used, ensuring a kind of treasure hunt that follows a theme.

“It’s a suitcase with, say, women’s clothes, size medium, and it goes around our group. People take what they want, put in what they don’t want anymore and it just keeps going. We’ve done them for kitchen supplies, jewellery, comic books,” she said.

There are also other ways group members can support one another, co-founder Clark said, noting that co-founder Rockefeller maintains a lending library of party supplies that lets the Buy Nothing borrower put on a shindig for 100 people, down to the wine glasses, tablecloths and napkins.

“So that’s a lovely thing that we can each do for each other. We can each be stewards of items” that others use and return, Clark said.

Spontaneous generosity within Buy Nothing groups is a big part of the appeal for Emma Seppälä, a psychologist and science director of Stanford University’s Center for Compassion and Altruism Research and Education. She also is a lecturer at the Yale School of Management.

Her favourite Buy Nothing story involved a friend who fled the coronavirus hot spot of New York and safely delivered a girl in New Haven, Connecticut, with the help of Seppälä’s midwife. But in her haste to escape, the woman left behind everything she would need as a new mom.

Seppälä posted her friend’s needs to a Buy Nothing group on Facebook. “My friend is here. She’s got nothing. She’s about to give birth and we have zero things,” she wrote. The post was treated like a call to arms. Offers of help covered all of the basic needs, and more.

“We got a crib, baby clothes, a nursing pad to change the baby, a swing. The list went on,” Seppälä said.

Then she noticed something she thought was just as important, the enjoyment the Buy Nothing members got out of helping.

“I would drive all over town picking stuff up from them. They were feeling good,” she said. “A baby store even dropped off a gift at my house.” – Los Angeles Times/Tribune News Service

‘Cyber Grinches’ snatching toys should be stopped, US lawmakers say 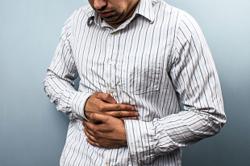