The Amazon Spheres, the visual symbol of Amazon’s downtown Seattle campus. The AI industry is still emerging but so is a familiar story: Winner-take-all or winner-take-most cities vs everyone else. — Seattle Times/TNS

In the slow recovery of the early 2010s, Northwestern University economics professor Robert Gordon argued that the big leaps that created massive numbers of jobs – electrification, the internal combustion engine, telephones – were behind us. The future wouldn’t have the same power.

Not everyone agreed, but Gordon’s worries remain to be grappled with, at least on the front of creating large numbers of secure middle-class jobs.

But big leaps continue. Among them: Artificial intelligence.

Microsoft, in a 2018 monograph, defined AI “as a set of technologies that enable computers to perceive, learn, reason and assist in decision-making to solve problems in ways that are similar to what people do”. My colleague Melissa Hellmann wrote extensively on AI in 2019.

Now a new report by Mark Muro and Sifan Liu at the Brookings Institution takes a look at how this new technology frontier, already ubiquitous (e.g. Amazon Go’s checkout-free shopping, and self-driving cars), will shake out by metropolitan areas and regions.

Not surprisingly, the San Francisco Bay Area ranks as the only undisputed “superstar cluster”, based on R&D dollars, federal contracts, AI companies, patents, jobs and other metrics.

“Already, AI is viewed as one of the next great ‘general purpose technologies’ – one that has the power to transform sector after sector of the entire economy,” Muro and Liu write. No wonder the US$250bil (RM1.04 trillion) federal Innovation and Competition Act defined AI as a “key technology” that was essential to competitiveness, growth and national security.

The AI industry is still emerging but so is a familiar story: Winner-take-all or winner-take-most cities vs everyone else.

According to the Brookings report, 87 other localities might become contenders. Here my emphasis is on might, and the contending is limited. For example, Detroit is the headquarters of automakers that will use AI. The same is true in finance for Charlotte, North Carolina, the nation’s second-largest banking center.

But few of these have the world-class talent, top universities, tech transfer, entrepreneurship, financing and innovation clusters that would allow them to leap into AI’s headwaters. Expanding federal support for AI research might give some a boost. But it’s a long curve.

No wonder the report finds AI activity highly concentrated “in a short list of ‘superstar’ metro areas and ‘early adopter’ hubs, often arrayed along the coasts”. Another 261 metro areas aren’t in the game at all.

San Diego offers some hope of a place reaching the top tier. When I worked there in the 1980s, it was a fairly sleepy place built around the Navy and tourism.

But it benefited from research at the University of California, San Diego, and its innovative tech transfer operation. By the turn of the century, this created one of the largest biotech clusters in America. Qualcomm made San Diego a leader in wireless technology.

Not that long ago, Seattle was heavily dependent on Boeing. Then Microsoft came to Redmond and Amazon grew into a giant in the city. Lower living costs but high-end amenities made it attractive to major Bay Area companies, which located outposts here, too.

How much of these two examples is transferable to Oklahoma City or Indianapolis? Not much. Too many cities throw incentives at low-end tech facilities such as data centers, which produce few jobs – and not good ones. They refuse to do the heavy lifting to expand funding for higher education and invest in the quality amenities that draw talent.

One critical question is whether AI answers economist Gordon’s challenge. Will it be a leap that creates large numbers of jobs? Or will it be disruptive and destructive, further contributing to the struggles of many people to find work and rise?

On the gloomiest end was Stephen Hawking, the famed British physicist, who warned in 2014 that artificial intelligence “could spell the end of the human race”.

The Terminator movies took this to extremes with the conceit that the US nuclear arsenal was placed under command of an AI Skynet. When Skynet became “self aware” and scientists tried to deactivate the system, it launched the missiles to destroy mankind.

Tech CEO Elon Musk weighed in with, “Computers, intelligent machines and robots seem like the workforce of the future. And as more and more jobs are replaced by technology, people will have less work to do and ultimately will be sustained by payments from the government.”

On the less apocalyptic side, the accounting and consulting company PwC published a study in 2018 that found the job picture from AI is basically a wash in the United Kingdom. Some seven million jobs would be displaced in coming years while 7.2 million would be added.

Oxford economists Carl Benedikt Frey and Michael Osborne published a study that concluded AI could eventually lead to the automation of 47% of US jobs.

On the other hand, the Organization for Economic Co-operation and Development predicted far fewer jobs were at risk in its 38 member countries – 8% in the United States.

Yet another study finds that better paid, better educated jobs will be among those at risk.

In other words, nobody is sure.

What seems more sure is that a few superstar cities will corner the most valuable parts of a technological breakthrough. And many individuals without specialised training risk being left behind.

Barring government intervention for retraining and perhaps more aggressive measures, inequality in opportunities and wages will grow. And reordering the economy to spread out the benefits of AI to more cities is beyond any federal policy likely to pass Congress. – The Seattle Times/Tribune News Service 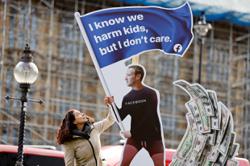 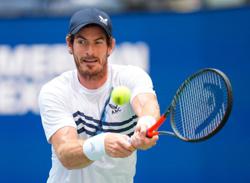