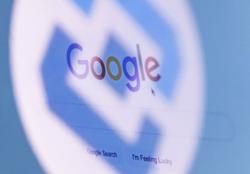 Google Clock app user woke up angry, after a bug with the app caused the alarm to stay silent instead. Though Google has patched it, the app took a beating on the review front. — dpa

Hundreds of Android smartphone owners have been venting their anger at Google after the tech giant's Clock app failed to activate its alarms following an update in late August.

The Clock app, among the world's most widely used alarm apps with more than a billion downloads, is thought to have left many of its users snoozing in recent weeks due to a bug that sees the app remain silent and instead show a notification of a "missed" alarm.

Google has since solved the problem with a Sept 7 update to the Clock app, according to the Google news website Androidpolice.com.

"The alarm didn't do anything. No vibration, no sound. Missed the alarm. Now I need a new job," reads one of hundreds of angry reviews on the Google Play Store since the start of September. "Thanks for making me miss classes," says another.

The problem occurred when users set the streaming service Spotify as their alarm sound in the Clock app. In most cases described by users, the app failed to begin streaming music or start any alarm, only showing a silent notification instead.

Owners of Google's Pixel smartphones had been particularly affected by the problem, because Clock is installed there as the default alarm clock.

Countless Clock app users appear to have now lost their trust the app, which has since been flooded with one-star reviews on the Google Play Store, while hundreds more have taken to Reddit to look for solutions.

"My wife and I [...] noticed our morning alarms [..] weren't showing as upcoming or going off at all," one user wrote on Reddit. "After the alarm was set to go off it would simply show as 'missed'. Nothing happened at all."

Google has now reportedly installed a backup alarm so that if Spotify does not start, a default alarm tone is used instead.

Clock app users are strongly advised to head to the app's page of the Google Play Store on your smartphone to check if version 6.4.1 of the app is installed.

Anyone affected by this who has now lost their trust in Google after it failed in the simple task of activating an alarm can may want to try the free, open-source alarm clock Simple Clock from the developer Mobile Simple Tools. – dpa