Lee explained that the phone in the incident was jointly developed by Yes and China Mobile for educational use, adding that the same model was provided by the YTL Foundation to over 100,000 B40 families under the Learn From Home Initiative since the movement control order began (MCO) in 2020. — 123rf.com

PETALING JAYA: YTL Communications said it has contacted the individual behind a Facebook posting yesterday of a picture of a Yes Altitude 3 phone with a damaged battery.

In a statement to LifestyleTech, YTL Communications chief executive officer Wing K. Lee said the company has launched an investigation into the matter. The person who shared her experience on Facebook is identified as Suryani Abd Ghani.

“We had, immediately upon being alerted of the post, contacted Puan Suryani in order to carry out an investigation as to the incident. She advised that as the phone is not hers, we should contact her brother who is the recipient of the phone.

“We have at the time of this statement, been unable to contact him nor received any further communication from Puan Suryani or her brother. We are continuing in our efforts to contact the customer,” Lee said.

He explained that the phone was jointly developed by Yes and China Mobile for educational use, adding that the same model was provided by YTL Foundation free to over 100,000 B40 families under the Learn From Home Initiative since the movement control order (MCO) began in 2020.

“We have had no reports of any incident of safety relating to the phone. China Mobile has confirmed that the same battery used in this phone has been in production since 2018 and more than 4.5 million units have been shipped globally without any reported incident of this nature,” he stated.

Lee added: “However, we take this reported incident very seriously as the safety of our products and users is of paramount importance and we will investigate the matter fully.”

Under the Jaringan Prihatin programme, Yes has offered two device bundle plans with no deposits, no upfront or monthly payments and no contracts to eligible recipients. Each plan comes with a free Yes Android phone with either 15GB (for individuals) or 30GB (for families) monthly data for 12 months.

“This has been made possible with the support of YTL Foundation to enable B40 families with school-going children who cannot afford to pay for the device or data to be able to stay connected and learn from home. It is also in line with the Government’s aspiration under the Jaringan Prihatin programme to assist the B40 rakyat,” Lee added.

He said the Yes Prihatin plans had “received overwhelming applications” since the launch of the Jaringan Prihatin programme.

“This is testament to the fact that many of our B40 families are without basic phone and data, and require assistance to stay connected during these difficult times, especially the need for device and data for their children’s online education,” he concluded.

Beneficiaries of Jaringan Prihatin glad to have more digital access 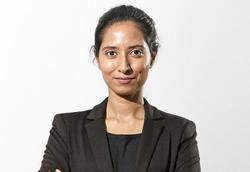