By Jason Schreier and Olga Kharif

Epic Games said it acquired Tonic Games Group, the maker of Fall Guys: Ultimate Knockout, an online video game that was one of the breakout hits of the coronavirus pandemic.

The game catapulted its British creator out of obscurity last year. Fall Guys’ appeal lies in its family-friendly content, its short-but-addictive sessions and its easily accessible, multiplayer format. Terms of the deal weren’t disclosed Tuesday.

Epic Games, which already owns one of biggest games in Fortnite, is among the world’s most valuable technology startups. The company aspires to create something it calls a metaverse – an immersive world where people of all ages can play games, go to concerts and watch movies.

“It’s no secret that Epic is invested in building the metaverse, and Tonic Games shares this goal,” Tim Sweeney, founder of Epic, said in a statement.

Epic is also waging legal battles with Apple Inc and Google over their grip on mobile app stores. Epic alleges that the companies abuse their market power through onerous rules and excessive fees, charges that Apple and Google deny. – Bloomberg 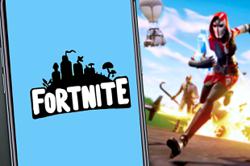