Wildlife park’s change from a fingerprint-based entry system to facial recognition without user consent was not legitimate, court found. Concern about the need to regulate the massive application of surveillance technology is growing among Chinese citizens. — SCMP

A court in east China has ordered a wildlife park to delete the facial recognition data of a law professor and pay him compensation in the first case of its kind in the world’s second-largest market for surveillance systems.

Guo Bing, an associate law professor at Zhejiang Sci-tech University, sued Hangzhou Safari Park late last year for breach of contract after it replaced the identification system used for his annual membership from a fingerprint-based entry system to one that uses facial recognition.

“The agreement between the two parties was to use fingerprint recognition to enter the park. Safari Park’s collection of photos of Guo Bing and his wife exceeded the legally necessary requirements, so it was not legitimate,” Hangzhou Fuyang People’s Court said in an announcement posted on its official WeChat account on Friday.

The court also ordered the wildlife park to pay 1,038 yuan (RM645) to the professor as compensation.

In China, surveillance cameras equipped with facial recognition are used for everything from identifying and shaming jaywalkers to preventing toilet paper theft. Many people clock in and out of work by scanning their faces while the technology is also used to screen people entering or exiting campuses, residential buildings and subway stations.

The worldwide video surveillance camera market will grow to US$44bil (RM180.07bil) by 2025, up from US$23.6bil (RM96.58bil) in 2019, with China being the second-largest market after North America, according to a July report by research firm IDC.

Concern about the need to regulate the massive application of surveillance technology is growing among Chinese citizens. On Monday, local media Southern Metropolis Daily reported that some property developers were installing video surveillance systems in sales offices to collect facial recognition data from potential homebuyers without their permission.

Some homebuyers have gone to extreme measures to protect their privacy, with one potential buyer seen wearing a bike helmet when visiting a realtor’s office, a video posted on China’s largest short video app Douyin showed.

Lao Dongyan, a law professor from Tsinghua University, told the Post in an interview last year that unlike other forms of biological information such as fingerprints or DNA, where consent is usually sought before the data is collected, facial data can be acquired without a person’s knowledge or consent.

“The purpose of the lawsuit is not to obtain compensation but to fight the abuse of facial recognition,” Guo told Southern Metropolis Daily when he first sued the wildlife park last year. – South China Morning Post

China turns up heat on Internet giants with antitrust rules

In China, is Big Brother everywhere? Not quite yet, report says

Amazon shifts some voice assistant, face recognition computing to its own chips 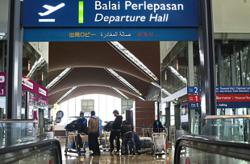