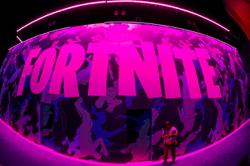 While Epic Games attempts to prove that Apple has violated federal antitrust law in a high-profile lawsuit, a much-anticipated report from a US House subcommittee calls the iPhone maker’s App Store a monopoly that reaps “supra-natural” profits and prevents competitors from entering the market.

In court against Epic Games, Apple has fought against these labels, as Epic tries to paint the technology giant as stifling competition by not letting developers access iPhone outside of the App Store and forcing developers to use Apple's in-app payment system, which comes with a 30% fee.

The report, released Oct 6 afternoon from the House subcommittee on antitrust, commercial and administrative law, looked at the market power of Apple, Google, Amazon and Facebook.

Epic sued Apple for the way it distributes apps and mandates in-app fees, after its popular game Fortnite was kicked off the App Store for installing a payment system that circumvented the Apple system. It was removed from Google’s Play Store for the same reason and Google was added to the lawsuit.

While Epic’s challenge continues in court, Fortnite players have been unable to download the newest version of the game on the iPhone.

In regard to Apple, the subcommittee said Apple controls all software distribution on iOS devices, like iPhone and iPads.

“As a result, Apple exerts monopoly power in the mobile app store market, controlling access to more than 100 million iPhones and iPads in the US,” the report says.

While Apple’s technology has created significant benefits to app developers and consumers, the report says, “in the absence of competition, Apple’s monopoly power over software distribution to iOS devices has resulted in harms to competitors and competition, reducing quality and innovation among app developers, and increasing prices and reducing choices for consumers.”

Apple has maintained that its App Store policies – especially its limits on how apps can be added to an iPhone – are critical to maintaining a fair and safe platform. It objects to the idea of letting users directly download apps, as it would then lose the ability to vet them.

Epic has not yet responded to a request for comment from The News & Observer.

In an emailed statement, Apple said it “vehemently disagree(s)” with the conclusions of the congressional report.

“Our company does not have a dominant market share in any category where we do business,” the company said in the statement. “... The App Store has enabled new markets, new services and new products that were unimaginable a dozen years ago, and developers have been primary beneficiaries of this ecosystem.”

The company added that its commission rates are in line with those charged by other app stores and gaming marketplaces, and that its careful management of the App Store has prevented tens of thousands of apps that violate consumer privacy from accessing the iOS system.

“Competition drives innovation, and innovation has always defined us at Apple. We work tirelessly to deliver the best products to our customers, with safety and privacy at their core, and we will continue to do so,” Apple wrote.

The subcommittee report, presented by the committee’s Democratic leadership, does not give any direct recommendations on ways to challenge the market power of the App Store, though it asks Congress to overhaul the country’s antitrust laws to reflect the current dynamics technology has created.

Republican members of the committee agreed with some, but not all, of the report and planned to produce their own report in the coming days, The News York Times reported.

US state and federal officials are also conducting antitrust investigations into several of the country’s large tech companies, and the Justice Department is expected to file an antitrust lawsuit against Google in the coming days, The Washington Post reported.

Matt Perault, director of the Center for Science & Technology Policy at Duke University, said Epic might be able to use the report as it continues to argue in court that Apple is monopoly.

“The report’s findings may help Epic in building a factual record against Apple, since Epic will be able to draw from documents and analysis that were produced during the course of an extensive 15-month investigation,” Perault said in an email.

It also shows that the public perception of big tech companies may be changing. Epic timed its lawsuit to come out just a few weeks after Amazon, Facebook, Apple and Google faced public questioning on Capitol Hill about their market power.

“Apple’s inclusion in the report also shows that it may no longer be exempt from the conversation about big tech and antitrust, and it increasingly may be subject to the kind of relentless scrutiny that other tech firms have faced,” Perault said.

Google has about 47% of the US mobile operating system market, and Apple captures about 52%, the report found. The report notes that, unlike Apple, Google does permit Android phone users to download apps outside of its own app store. But Google has created significant friction for using that process to download apps, the report says, and developers who have opted for that have seen their downloads drop significantly.

Before it sued Google in August, Epic had decided to return to the Google Play store after boycotting it for 18 months.

The House subcommittee report says that type of “dominance enable(s) Apple and Google to establish terms and conditions app developers have to comply with, leaving developers with the choice of complying or losing access to consumers”.

In court, Epic lawyer Gary Bornstein has called the Apple App Store anti-competitive. “We would like to distribute directly on the iPhone without going through the App Store,” he told a judge, which would allow the company to use its own payment system.

Epic operates its own app store as well, called the Epic Games Store.

Earlier this year, Epic Games CEO Tim Sweeney reached out to Apple and asked for permission to let users download the Epic Games Store through the App Store. The move would have essentially allowed users to bypass the App Store to download video games. Apple denied the request.

The congressional report found that it is basically impossible for something like the Epic Games Store to exist on the operating systems of smartphones in the US.

“Because of the control that Apple and Google exert over software distribution on their mobile ecosystems and the unlikelihood of entry by a new competitive mobile operating system,” the report said, “it is unlikely that a new, competitive app store will be able to successfully challenge the existing, dominant app store operators.” – The News & Observer (Raleigh, N.C.)/Tribune News Service 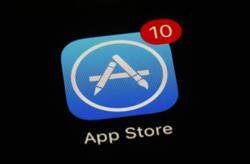 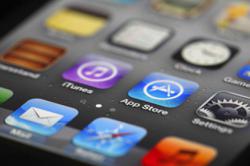