US President Donald Trump’s campaign is inadvertently funding Chinese state media outlets and entities tied to the Kremlin through automated advertisements on YouTube, according to a study of thousands of videos on the Google service.

While the dollar amounts are small, the purchases show how hard it can be for advertisers to control where their ads end up on YouTube, even when Google gives them the tools to avoid particular channels. However circuitous, the money flows strike a jarring tone for a campaign that has taken a hard line against China and a presidency that is cracking down on some of these very media outlets.

Some of the marketing spots ran before and during videos from China Global Television Network (CGTN) and China Radio International (CRI), Omelas said. In February, the Trump Administration designated these outlets "foreign missions”, imposing requirements similar to those faced by embassies and consulates in the United States, including registering their current properties and getting prior approval for any acquisitions of new ones. Other Trump campaign ads ran on channels that are labeled on YouTube as funded by the Chinese government, according to the study.

Additionally, Omelas found 39 Trump campaign commercials on channels linked to the Russian government, including state broadcaster Russia Today, known as RT. In 2017, Google removed RT from premium YouTube inventory it sells to advertisers in the midst of a Congressional probe into how Russia used digital platforms to influence the US election.

"This is either ignorance of how YouTube works or indifference to donors’ money ending up in Beijing or Moscow’s pockets,” said Ben Dubow, chief technology officer of Omelas.

A Google spokeswoman said advertisers "have robust controls to opt-out” if they prefer not to see their ads on specific types of content or channels.

Omelas reviewed the YouTube videos without logging into a Google account online. That removes some data and can change the type of ads that are shown. The firm also performed the study via an Internet protocol address in Kansas City, Missouri, which also influenced the type of ads shown.

"This report appears to fundamentally misunderstand why a voter might see an election ad on a specific channel,” the Google spokeswoman also said. "Political advertisers commonly run campaigns on all news channels and direct those campaigns broadly at users in battleground states like Missouri.”

The Trump campaign spent less than US$25 (RM104.69) on the ads that recently appeared on CGTN, according to the YouTube spokeswoman. The Trump Make America Great Again Committee and Donald J. Trump for President Inc have spent about US$48mil on Google ads since May of 2018, according to data from the Internet giant.

With more than two billion users, YouTube is an important place to reach voters. But Omelas’s findings highlight the flaws inherent in digital marketing. Many marketers use Google’s automated approach, which decides where ads go based on anonymous viewer data, the category of videos and other information. The company has suffered advertiser boycotts in recent years when marketing messages have run alongside offensive or otherwise inappropriate clips.

For its study, Omelas reviewed more than 2,500 videos from YouTube channels the firm considers linked to the Russian and Chinese governments, based on public statements and financial disclosures. Of those, roughly 42% showed ads. And Trump campaign ads ran on 61 of these videos, versus one from the Biden campaign. Google typically shares more than half of the revenue from ads with the channel owner.

On many of the clips, there’s a label noting that the channels are funded "in whole or in part” by the Chinese or Russian governments, a disclosure YouTube added in 2018 after concerns about election interference.

Alphabet Inc’s Google recently said it removed more than 1,312 YouTube channels in June as part of an ongoing company probe into "coordinated influence operations linked to China.” The company declined to name the channels. – Bloomberg 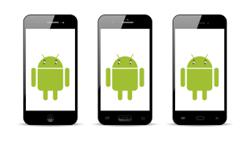 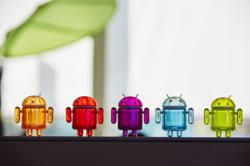