A security guard stands at an office of Bytedance in Beijing, China. Executives are discussing options such as creating a new management board for TikTok and establishing a separate headquarters for the app outside of China to distance its operations from Beijing, according to sources. — Reuters

Bytedance Ltd said it’s evaluating changes to the corporate structure of its TikTok business as US concerns grow over the parent company’s Chinese origins.

Executives are discussing options such as creating a new management board for TikTok and establishing a separate headquarters for the app outside of China to distance its operations from Beijing, according to a person familiar with the discussions.

Short-video and music app TikTok currently doesn’t have its own headquarters separate from Bytedance, which was founded in China and is incorporated in the Cayman Islands. TikTok is considering a number of locations for a global base, the person familiar with the plans said, asking not to be named discussing information that’s not public. Its five largest offices are in Los Angeles, New York, London, Dublin and Singapore.

“We will move forward in the best interest of our users, employees, artists, creators, partners, and policy makers,” TikTok said in a statement.

The Wall Street Journal earlier reported on the discussions.

The moves come after an especially tumultuous couple of weeks for the app, which is one of the most-downloaded in the US and is wildly popular with teens.

US president Donald Trump on Tuesday said his administration is considering banning the app in the US as one possible way to retaliate against China over its handling of the coronavirus. The US is also concerned the Chinese company may be censoring politically sensitive content, and has raised questions about how it stores personal data.

Trump’s comments came after Secretary of State Michael Pompeo told Americans not to download the app unless they want to see their private information fall into “the hands of the Chinese Communist Party”. Bytedance is already facing a US national security review for its acquisition of Musical.ly, a startup that it later merged with TikTok. TikTok has repeatedly denied allegations that it poses a threat to US national security.

Earlier this week, TikTok also drew renewed scrutiny from the US Federal Trade Commission and Justice Department over its data practices, according to children’s privacy advocates who say they were interviewed by the agencies. Several privacy groups alleged in May that the app was collecting information about children under 13 without parental permission, in violation of both US privacy law and an earlier FTC settlement.

TikTok, which has been downloaded two billion times globally, was also banned in India amid a border standoff between the two countries. And it shut down operations in Hong Kong after Beijing enacted sweeping powers to crack down on national security threats.

TikTok has already made a number of changes to its business to play up its US ties and distance itself from its Chinese roots. The former chief Alex Zhu, who is stationed in China, handed over the reins of the app in June to new chief executive officer Kevin Mayer, a former Walt Disney Co executive who is based in Los Angeles.

The company has made a hiring push in Washington to lobby officials and is setting up a so-called transparency centers, which are expected to open later this year and offer a look into the app for policymakers and safety advocates. – Bloomberg 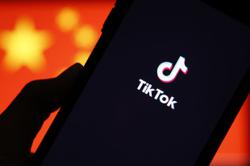 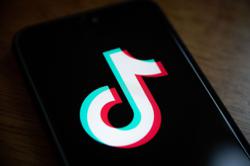 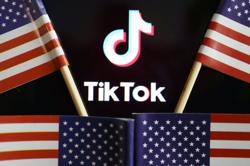