Where next for Mixer's biggest names? Ninja, Shroud, Gothalion decide

After Microsoft announced the closure of its live streaming service Mixer, platform-leading influencers have been weighing up their next moves and, in some cases, decided where their loyalties lie.

Mixer's livestreaming community has a month to decide where to go next.

Microsoft made the surprise announcement to close its video game livestreaming platform on June 22, after several years attempting to catch up with Twitch, Facebook and YouTube.

It had attracted streamers and viewers through a combination of big-name, big-money signings and a community-first approach led by cherished community lead Jen Nichol (@Solice).

Ninja joined Mixer from Amazon-owned Twitch TV in August 2019, where he had been the platform's most-followed streamer, for an estimated sum of US$30mil (RM128mil).

Shroud did the same in October in a deal thought to be worth US$10mil (RM42.76mil), followed by Gothialion days later.

In the wake of Mixer's closure announcement, Gothalion was the first to identify his next move.

Microsoft had already tied up an agreement with Facebook to redirect its traffic toward Facebook Gaming after July 22, and Gothalion promptly selected the big blue as his new streaming home.

Ninja and Shroud are not thought to be interested in taking Facebook as a default option. The pair are understood to have turned down transition offers from Facebook Gaming, leaving Microsoft to buy out their contracts instead.

Both are yet to formally announce their next steps; Gothalion had opened a new YouTube channel in May, while Ninja and Shroud had not stopped producing content for their YouTube audiences.

Ninja had cited disagreements with Twitch policies as part of his reasoning for leaving the platform in the first place, though Shroud referenced career opportunities as his motivation.

Mixer's shutdown, motivated by a lack of growth, was announced after a weekend in which there had been a fresh round of allegations made against predatory members of the livestreaming community.

Specific to Mixer, there had been stories about a manager who had used racist terms and displayed racial bias in their interactions with staff.

"The decision on the future of Mixer was not caused by the post from [ex-employee] Milan Lee," Head of Xbox Phil Spencer clarified shortly afterwards. – AFP Relaxnews 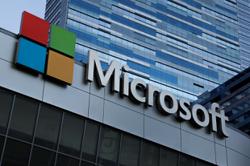 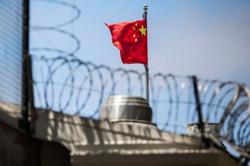