Darkrai, a creature that can influence dreams, is part of the Pokémon Go Remote Raid schedule. — AFP Relaxnews

Pokémon Go players can continue to tackle some of the game's toughest opponents – and continue to drop money into the mobile app – through a new Remote Raid Pass.

The pass, an optional purchase for the free Android and iOS game, allows players to access Raid Battles taking place nearby without having to travel to a specific spot.

In this way they can join up to 19 other players in taking on one of the game's more fearsome creatures.

Niantic, the game's developer, is promoting the Remote Raid feature with a roster of returning Pokémon on a three-week rotation.

Found within the most challenging five-star rated Remote Raids will be Darkrai (April 28 - May 5), Altered Forme Giratina (May 5 - May 12) and Virizion.

Each week begins and ends at 8pm UTC (4am, the next day, Kuala Lumpur).

In outlining the design of Remote Raids earlier in the month, Niantic suggested that the feature could remain part of the Pokémon GO experience during a period of deconfinement or beyond.

Earlier in the year, estimates from analysis firm Sensor Tower showed that as preventative measures spread around the world in response to the Covid-19 pandemic, Pokémon Go experienced its best week of the year to date.

Niantic has been swift to tweak its game to take into account the stay-at-home orders that would otherwise have prevented players from engaging with the traditional Pokémon Go experience, making it easier for them to get involved from a distance. — AFP Relaxnews 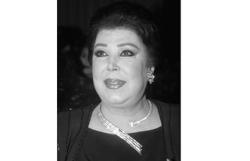 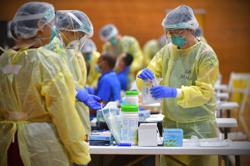