A screen promoting remote working using a laptop or a mobile phone is displayed at the World Health Organization (WHO) headquarters in Geneva. A lack of adequate online access will make it difficult if not impossible for the digital 'have nots' to keep up with their peers, highlighting the need for ways to bring more people up to speed. — AFP

WASHINGTON: As the coronavirus pandemic forces the closing of more schools and workplaces, the health crisis has exposed the "digital divide" which allows some to stay on task remotely, with others left out.

A growing number of students from grade school to university are moving to virtual classrooms, and while millions of office workers are being asked to work from home as a result of the expanding public health emergency.

But a lack of adequate online access will make it difficult if not impossible for the digital "have nots" to keep up with their peers, highlighting the need for ways to bring more people up to speed.

A 2019 Pew Research Center survey found 73% of American adults had high-speed Internet access at home but the figure is lower – 63% for those in rural areas.

For low-income families the situation is more dire: census figures show as many as half the households in major US cities with incomes under US$35,000 (RM149,810) annually lack home Internet access.

"As companies & schools consider telework options, one thing to note is that access to tech is still correlated to a number of factors – including household income," tweeted Monica Anderson, associate director of internet research for Pew.

US Federal Communications Commission member Jessica Rosenworcel told at a congressional hearing this week the coronavirus outbreak should make digital inclusion a priority.

"I think it's time for the FCC to talk about coronavirus disruption and how technology can help," she said.

"Nationwide we are going to explore the expansion of telework, telehealth and tele-education. In the process, we are going to expose hard truths about the digital divide. The FCC should be convening broadband providers right now to prepare."

She urged the agency to use more of its "universal service" funds for quarantined patients and WiFi hotspots for students whose schools have closed.

Another FCC commissioner, Geoffrey Starks, called for a "connectivity and economic stimulus" plan to help boost hotspots at schools and libraries.

The closing of schools has the potential to exacerbate existing inequalities in the education system, some analysts say.

"Students who do not have access to the Internet from home or are dependent on a cellphone for access perform lower on a range of metrics, including digital skills, homework completion, and grade point average," said a Michigan State University study released this month.

"They are also less likely to intend on attending college or university. A deficit in digital skills compounds many of the inequalities in access and contributes to students performing lower on standardised tests."

Major American universities – including Harvard, Princeton and Columbia – have been forced to cancel classes because of the coronavirus and move lessons online, affecting tens of thousands of students.

"There are a ton of students that rely on computer labs & campus WiFi for access," he tweeted.

Berea College, which offers free tuition to all enrolled students, made a decision to close instead of moving online.

"A lot of people are criticising us for closing instead of going online," Berea faculty member Silas House said on Twitter.

"Those people don't seem to understand that not everyone has the same amenities as them. A lot of students don't have WiFi access."

Telemedicine is being encouraged as part of emergency legislation passed by Congress, but this may not reach some with the greatest needs if they lack internet access.

A 2018 Federal Reserve report noted that "broadband infrastructure and access gaps, particularly in low- and moderate-income and rural communities, are barriers to unleashing telehealth's full potential."

Economics is one factor, but some research has also shown lower rates of technology adoption by older adults.

The crisis could, however, generate momentum for efforts to expand digital access and bridge the divide, some analysts say.

"It's both a challenge and an opportunity," said Ramayya Krishnan, who heads the Carnegie Mellon University Center for Technology and Society.

Krishnan noted that students and employees may not be able to participate in online classes and meetings but that "it gives us an opportunity to make things happen". – AFP 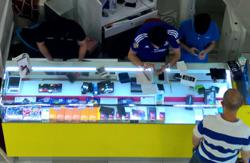 The learning curb: We need to collectively bridge the digital divide 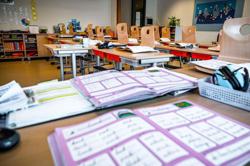