Carbon materials, known for their high strength, rigidity and lightness, are already being used to make the bodies of Formula 1 cars and racing bikes, as well as aircraft components. But many smartphones are still made from heavier metal parts.

Now one Berlin-based start-up has developed a phone with a housing made out of this durable and lightweight substance.

The timing couldn't be better. Smartphones have grown increasingly heavy as manufacturers compete to add more features and bigger cameras, and the market appears ready for a featherweight phone that fits easily into the pocket.

The MK II weighs just 125g. The makers of the new phone promise it'll be easy to repair and recycle.

The phone also has a small footprint, and comes in at just 6.3mm thick. The Full HD, AMOLED display (2160 x 1080 pixels) is protected by Gorilla Glass 6 and has a manageable 6in size, albeit with top and bottom bezels that are chunkier than on top-end smartphone rivals.

The Carbon 1 MK II comes with a 16-megapixel dual-camera system and a 20-megapixel front camera, as well as a fingerprint sensor on the side. The processor is an eight-core Helio P90 from Mediatek.

The phone also has 8GB of RAM, 128GB of expandable memory, and the usual NFC chip for functions like smartphone payments.

So that the housing doesn't block the various radio waves that smartphones send and receive, the carbon fibres are interwoven with permeable composites. That plastic component adds up to 5% of the frame, the company says. 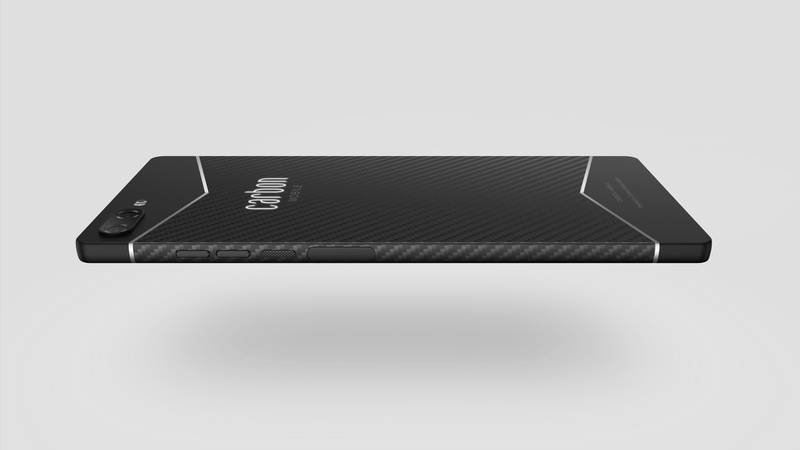 The 6.3mm-thin frame on the Carbon 1 MK II phone makes it noticeably thinner than other models. — Carbon Mobile/dpa