As customer fears about the coronavirus cast a shadow over China’s food delivery industry, several companies have announced robot delivery-related services. Meituan put its autonomous delivery vehicles on public roads for the first time this week, while JD.com and Ele.me are sending robots into quarantine areas. — SCMP

Chinese e-commerce giants are ramping up their deployment of robots to deliver orders in an effort to prevent the spread of the deadly coronavirus through human-to-human contact.

Delivery app Meituan Dianping, which launched a “contactless delivery” initiative across China last month, said this week that it had started using autonomous vehicles to send grocery orders to customers in Shunyi district in Beijing, and was looking to launch similar robot delivery services in other districts in the capital city.

The company began testing indoor delivery robots and drones for deliveries last year, but this is the first time it is deploying autonomous delivery vehicles on public roads, it said in a post on WeChat.

“This project is to minimise the risk of potential infections caused by human contact and meet the needs of customers in this special time,” Meituan said. According to a spokeswoman, the vehicle can carry up to 100 kilograms of goods and deliver three to five orders on each trip.

The company’s contactless and robot delivery initiatives address recent customer fears of coming into contact with couriers, concerns which have cast a shadow over the country’s booming food delivery industry. A sick courier in Shenzhen worked for 14 days before he was diagnosed with the disease, while four staff at a fast-food restaurant in Chongqing were also infected with the virus, according to local media reports.

Although unmanned delivery services existed before the epidemic, the outbreak has “promoted [its] popularity”, according to Yang Xu, a senior analyst at research firm Analysys.

Aside from Meituan, other platforms with existing unmanned delivery services have also announced the deployment of robots for more deliveries, especially to quarantine zones.

Beijing-based JD.com announced earlier this month that it was delivering medical supplies to Ninth Hospital and groceries to local communities via autonomous vehicles in the city of Wuhan, the epicentre of the coronavirus outbreak, which has been in lockdown. “JD autonomous delivery robots can help reduce human-to-human contact, making them an ideal solution for last-mile delivery solutions in Wuhan during this unique time, protecting both our customers and our employees,” Qi Kong, the head of autonomous driving at JD Logistics, wrote in a corporate blog post.

Kong told the Post that there are 10 to 20 orders from Wuhan Ninth Hospital every day, and 50% to 70% of them are delivered by autonomous vehicles. “We only need to send couriers if the orders are too large to put inside of the vehicle, or there are too many orders,” he said.

Food delivery service giant Ele.me said that it deployed delivery robots last month to send meals to rooms in a quarantined hotel in the eastern Chinese city of Wenzhou. The platform, which is owned by Alibaba – the parent company of the South China Morning Post – has been experimenting with food delivery drones and robots for several years. 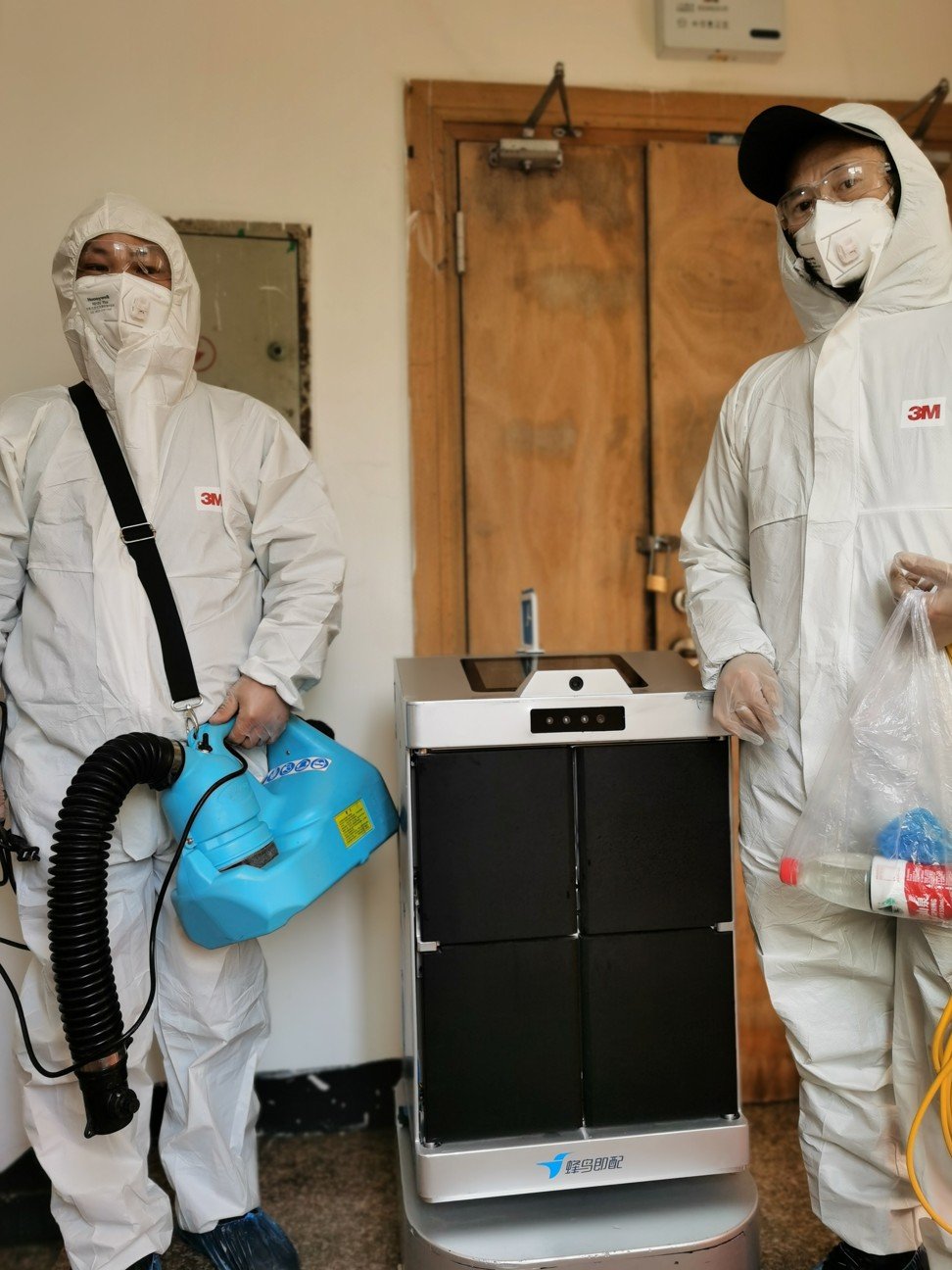 Yang said that driverless delivery services were likely to flourish in the industry, as they can reduce labour costs and maximise efficiency. “But companies will face challenges because real-life situations are complicated, with interactions between people, roads and buildings to take into consideration.” – South China Morning Post