Masks could be preventing China’s massive surveillance system from reading faces fully, according to AI scientists. Suspects who avoided home quarantine were at large for weeks, going to shopping malls, dining in restaurants and playing mahjong in entertainment centres. — SCMP

Jiapai is a village with 6,000 residents in Jinjiang city, southeastern Fujian province. On Jan 22, the village held a banquet to celebrate the upcoming Spring Festival, and half its population attended. Among the guests was a family just returned from Wuhan, Hubei.

It was two days after the Chinese government declared the new coronavirus (Covid-19) outbreak a national emergency, and authorities at all levels were tracking and restricting the movements of people from Wuhan.

The family slipped through all measures of screening and, according to information later posted by some fellow villagers on the Internet, exchanged greetings at the banquet with guests at 100 tables.

In recent years, aided by some of the world’s largest information technology companies and the rapid development of cutting-edge technology such as big data analysis and artificial intelligence, the Chinese government has built up one of the most advanced mass surveillance networks on Earth to monitor the daily activities of the country’s 1.4 billion citizens.

The network includes nationwide video surveillance systems such as Skynet, which uses more cameras than any other country.

Almost everything a citizen does nowadays, whether it is making a payment with a mobile phone in a grocery store, taking a high-speed train ride, paying a visit to hospital, sharing a photo on social media or simply walking on the pavement, leaves a trace in databases operated or supervised by the government.

At the beginning of the outbreak, the Chinese government thought these technologies could quickly help it track down suspected carriers of the disease; but the authorities soon realised that the fight against the epidemic, to quote President Xi Jinping, was a “people’s war”.

According to the Ministry of Public Security, more than 20 patients infected with the disease were being investigated as threats to public safety by Feb 7. 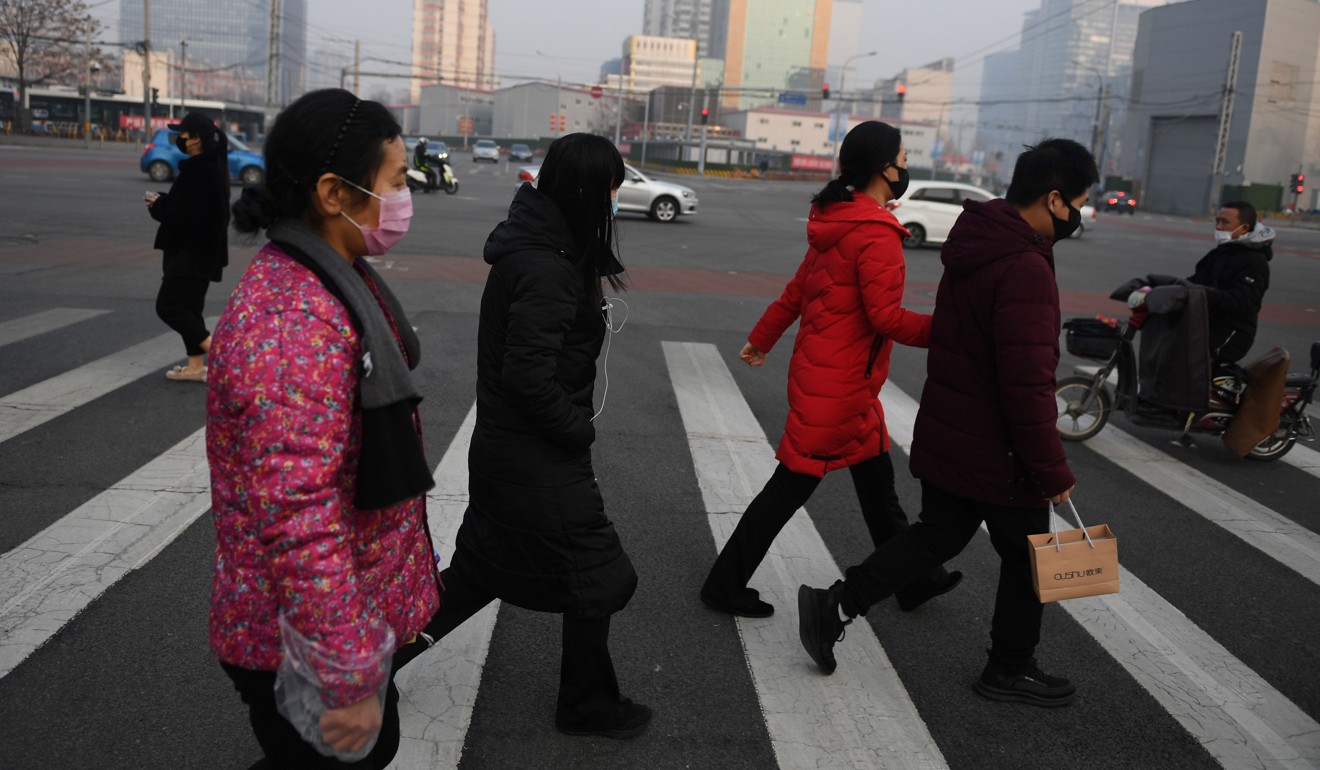 The suspects had either lied about their travel history or had avoided home quarantine; some had been at large for weeks, taking part in a wide range of public activities without being detected – including patronising shopping malls, dining in restaurants, playing mahjong in entertainment centres or doing daily chores like going to a dentist.

These incidents happened not only in remote villages, but in major metropolises with state-of-the-art security measures, like Beijing.

The wearing of face masks may have contributed to the occurrences. That’s according to several AI experts who had worked in the government’s video surveillance network programmes. After the outbreak the government required all citizens to wear face masks in public areas.

“If this situation continues, the Skynet can rest in peace,” said one government scientist who asked not to be identified because of the issue’s sensitivity.

Existing facial recognition technology can identify a citizen in seconds with more than 99.9% accuracy. Helped by the application of AI, Chinese cities have been among the world’s safest. The technology has helped Beijing solve 100% of death-related crimes committed during and after 2015, according to official statistics.

But the mighty face mask can reduce that accuracy to as low as 30% by concealing many facial features, according to some experts.

The government has other tools at its disposal, though. More than five million people left Wuhan before the Lunar New Year holiday, and authorities were able to track their whereabouts through technologies such as cellular networks, because almost every adult Chinese traveller carries a smartphone nowadays, according to sources informed about these programmes.

A mobile service provider could tell, for instance, how many users from Wuhan were living in a residential compound.

But the technology has had its problems. Owing to the lack of privacy protection, personal data including photo IDs and phone numbers of people with a Wuhan travelling history have been leaked on the Internet and social media. Victims of these leaks have received death threats in calls, insulting messages and eye-rolling from neighbours.

Beijing-based lawyer Yuan Chenghui said the affected citizens could take legal action against those responsible for the leaks, and Chinese courts were likely to protect the people’s interests.

The Cyberspace Administration of China, realising the problem, has issued an emergency notice to local authorities forbidding unlawful access and leakage of personal data under the pretext of disease control.

“But the situation now is a bit like wartime; the government needs to take some emergency action (but), some may inevitably infringe on citizens’ privacy,” he said.

The government is also using call bots armed with natural language processing technology that can reach a large number of citizens at once.

Some towns and cities, such as Shantou in Guangdong province, are using drones to spot and drive people without face masks from the streets.

But more commonly seen and heard are banners and loud speakers “bombarding” people with slogans, such as “partygoers are shameless, mahjong players are desperados”. Others are: “Those who returned home from Hubei and yet did not report to the authorities are time bombs” and “Bite a bit of game food today, meet in the netherworld tomorrow”.

On social media, photos and videos of these slogans have gone viral. 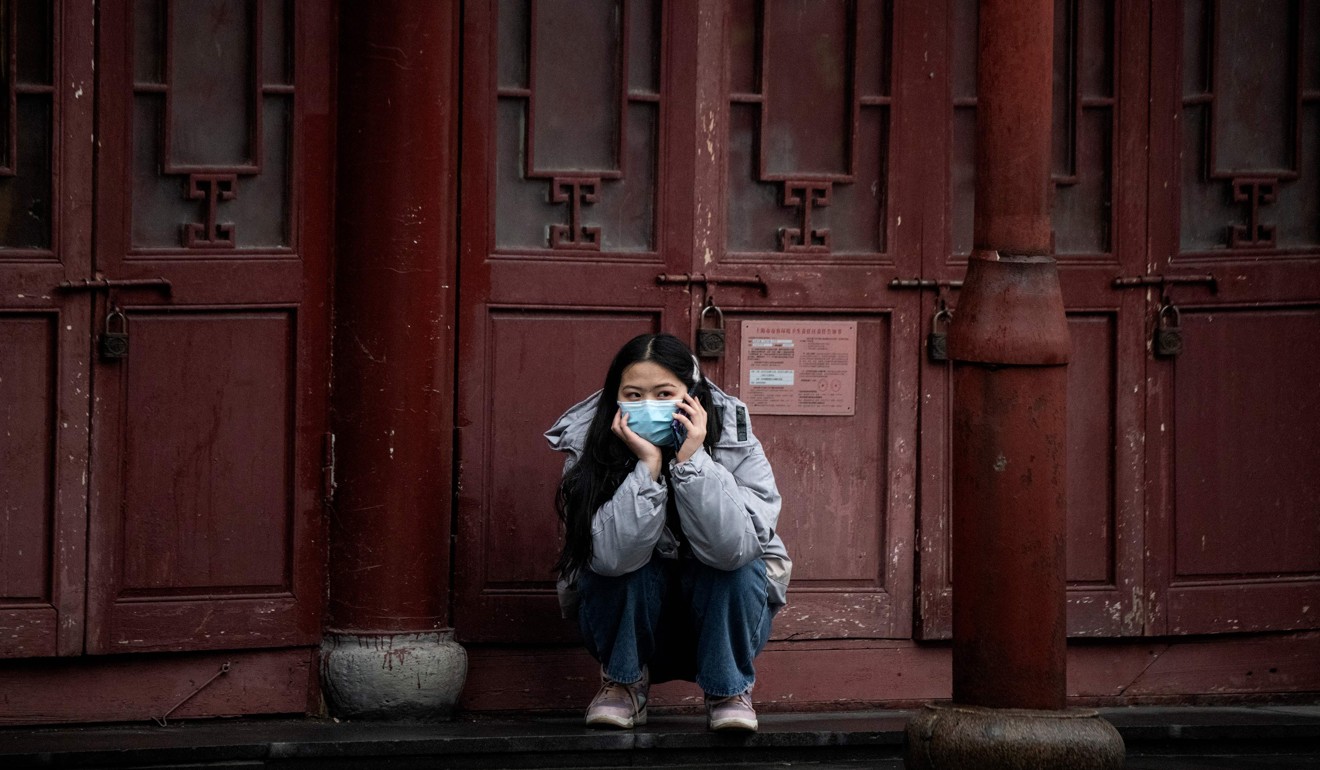 China boasts the world’s largest collection of super computers, and technology companies such as Alibaba and Huawei have offered their powerful cloud service platforms to scientists for virus studies; but answering the simple question of how fast the virus is mutating remains elusive.

By Tuesday slightly over 100 viral strains had been isolated and their genetic information uploaded to a public database, according to the Chinese Academy of Sciences. The number of strains was small compared to the number of infected people, which has reached over 40,000 this week.

The virus is collected by centrifuge machines or extremely fine filters, and many types of virus such as flu also could be in the patient’s sample, according to a scientists currently working on the front lines in Wuhan.

Though patients carrying the virus had been identified in many countries, only Germany, Japan and Australia had obtained living strains so far, according to publicly available information.

Sequencing these viral strains was also costly and time consuming. Many of the submitted genes were incomplete, making it difficult for AI to track the virus’ evolution as it spread from person to person.

But this unprecedented epidemic may also bring new opportunities for AI and other new technologies, according to some experts.

“During the epidemic, big data and AI have provided support in many areas. This is an opportunity for the large-scale landing of new technologies,” said Baidu vice-president Wu Tian.

“At the same time, it also shows there is a lot of room for developments such as the construction of fundamental data platforms, support for large-scale engineering systems, and using a combination of different technologies to solve problems in some specific scenarios,” she added.

Huawei, for instance, has discovered five drugs with the potential to suppress the virus in the body using AI algorithms. A new “smart” production line has eased a labour shortage and doubled output at a face mask factory in Zaozhuang city, according to Shandong Legal Daily.

Some AI companies also put up cameras in public areas such as the airport and subway stations to help the government screen out patients with fever and, at the same time, collect data from people with face masks.

“New data can help improve the facial recognition technology and make it more accurate to recognise masked faces,” said one AI researcher based in Beijing who declined to be named owing to the issue’s sensitivity.

“After this crisis, the government may have a stronger demand for such technology, and it may spur R&D investment in the private sector,” he said. – South China Morning Post