Huang, a documentary maker living in Beijing, putting on a protective facemask at her house in Beijing. Communities in China are looking for anyone coming from Wuhan, the central city at the epicentre of a deadly virus epidemic. — AFP

BEIJING: Communities in China are offering cash rewards, knocking on doors and questioning people trying to enter their neighbourhoods – but they're not looking for criminals.

They're searching for anyone coming from Wuhan, the central city at the epicentre of a deadly virus epidemic that has sparked fear – even panic – in China and beyond.

The end of the extended Lunar New Year holiday this weekend has raised concerns that the new coronavirus could spread further as people travel across the country.

In Beijing, neighbourhoods have sealed themselves off – some with homemade barriers – to force visitors or anyone returning home from the holiday to register their travel history.

One district in northern Shijiazhuang city is even offering cash incentives of 2,000 yuan (RM1,172) for reporting anyone who has travelled to Wuhan in the past two weeks.

For some communities, anyone who has visited central Hubei province – of which Wuhan is the capital – is no longer welcome at all. 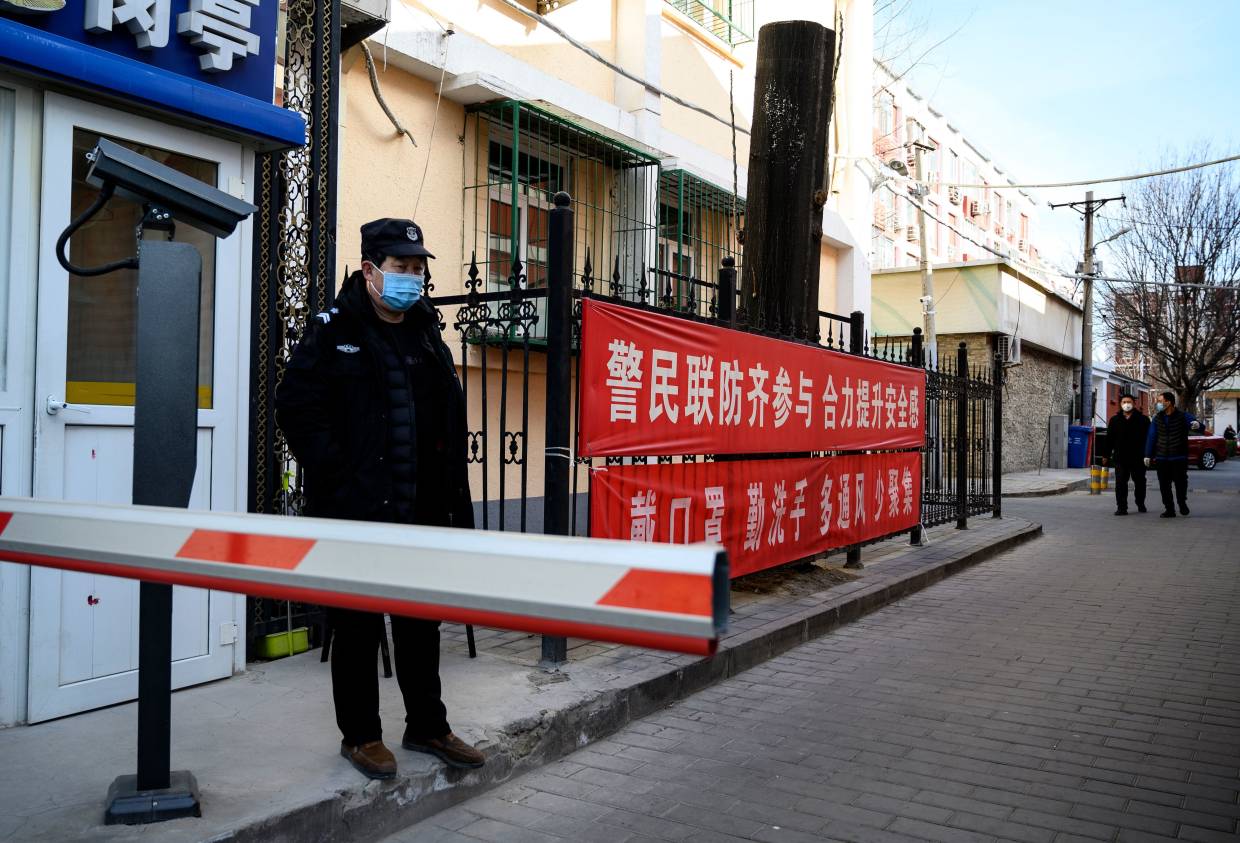 A security guard wearing a protective face mask at a compound with a banner reminding people to wear masks and wash hands in Beijing. — AFP

"Even if you live here, you can't enter," said a security guard at the entrance of a Beijing neighbourhood when asked about returning Hubei residents.

"Those from Hubei could bring the infection here," he told AFP, wearing a blue mask. "If you're from Hubei, you have to notify the neighbourhood committee."

But the virus has continued to spread, killing more than 360 people and infecting more than 17,000 across the country.

Most of those infections – 11,177 – are in Hubei. All but one of the 57 deaths reported on Monday were in the province.

Beijing, in comparison, has reported 191 cases.

A week ago, China's health commission urged villages around the country to leave "no blind spots" when investigating where people have travelled. People wearing face masks walking at a compound with a banner reminding people to wear masks and wash hands in Beijing. — AFP

But with the holiday ending on Feb 3, local governments are under pressure to root out those who have visited the hard-hit province of Hubei.

"If they look unfamiliar or are dragging a suitcase, I'll ask them to register," said a woman working at a compound in Beijing.

"I'm pretty worried," she added, only offering her surname, Mei.

Though some neighbourhoods have taken the extreme stance of blocking visitors or residents from Hubei, many will allow travellers back in – but monitor them stringently over a two-week quarantine period.

Once back in their homes, "they cannot go in and out," explained Xu Aimin, secretary of a neighbourhood in Beijing.

If they need to buy food, the neighbourhood committee can do that for them, she explained. People wearing face masks as they shop in Beijing. — AFP

Residents from Hubei province also receive daily phone calls and have their temperature recorded during quarantine, she added.

According to Xu, her neighbourhood committee – which manages an apartment complex of more than 2,400 households – has knocked on every door to check each residents' records.

"Our information is bottom-up," she told AFP, adding that they also check travel histories.

"We want to let everyone become a source of information," Xu said. If residents "don't trust the person next door, they should promptly call (the neighbourhood committee)".

The virus has already spread in large numbers across China, despite drastic government lockdown measures in Hubei, highlighting the challenge of countering a pathogen like this.

On Sunday, authorities announced lockdown measures for Wenzhou, a city of nine million people that has reported hundreds of infections.

Wenzhou is more than 800 kilometres (500 miles) by road from Wuhan.

But the rush to close off neighbourhoods to outside visitors could also create a backlash from frustrated residents.

It is a concern shared by the Beijing government, which on Saturday reminded community leaders they had "no power" to stop people from entering their neighbourhood once they had passed a temperature check.

Still, that hasn't quelled fears about the increased risk of infection from travellers returning home.

Gou Hairong, a woman returning to Beijing from Chengdu, southwestern Sichuan province, told AFP on Feb 2 that she had been barred from her compound.

Stranded at the Beijing West railway station, the 24-year-old said her neighbourhood had told her she was "not allowed in at all".

"If they really don't let me back in, I'm prepared to buy another ticket home," she said. 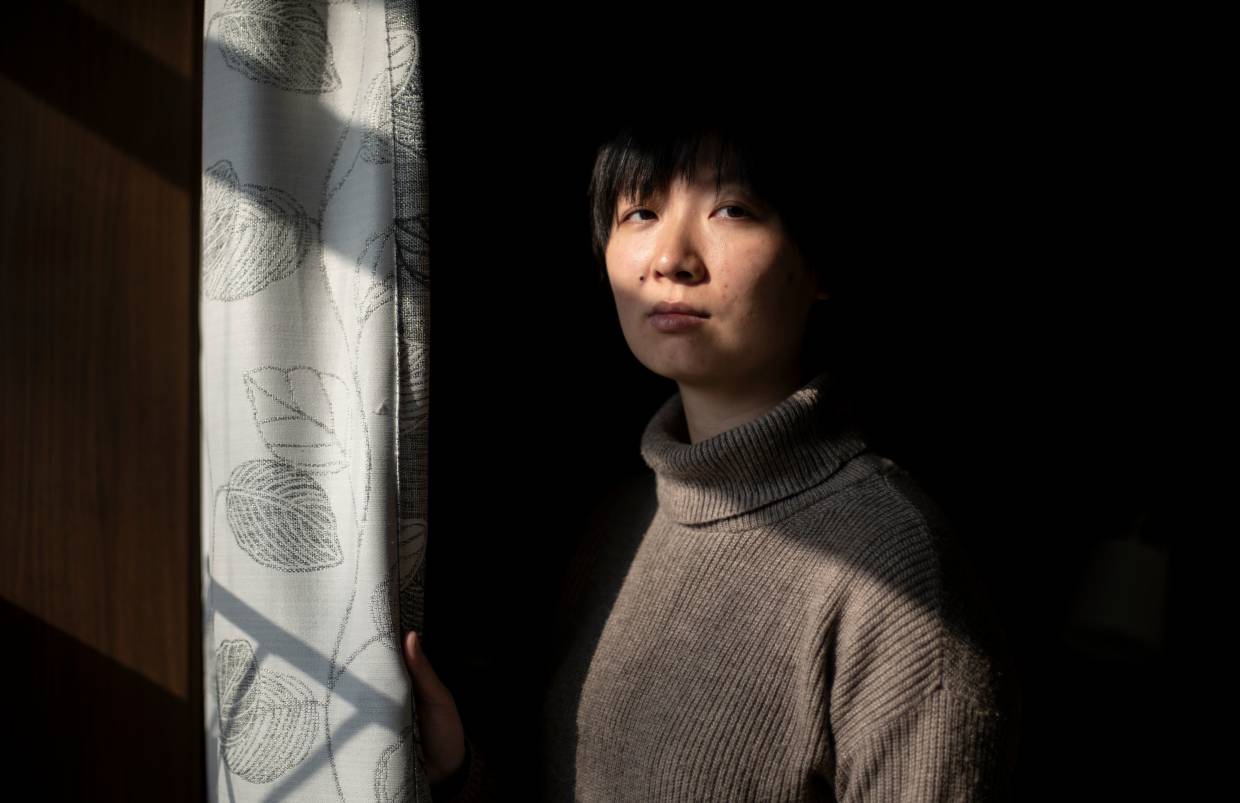 Huang said early in the outbreak there was a trend on Weibo of 'everyone criticising Hubei people and Wuhan people'.

The targeting of people from Wuhan and Hubei province has also raised concern of deepening stigma.

"How you see Wuhan is how the world will see China," wrote one user on Weibo, China's Twitter-like social media site.

Lucy Huang, a documentary maker living in Beijing, said early in the outbreak there was a trend on Weibo of "everyone criticising Hubei people and Wuhan people".

"As a Wuhan native, I felt very hurt," the 26-year-old told AFP. "I felt disappointed that people didn't even have any sympathy."

While Huang said she understood the need for caution, she felt "our enemy has always been the virus itself, and should not be Hubei people or Wuhan people". – AFP