CES 2020: The adorable Lovot companion robot is back and ready to go on sale 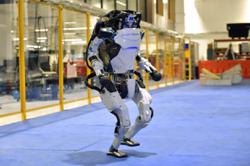 At this year's Consumer Electronics Show, Groove X revealed that its lovable robot companion Lovot has graduated from being a prototype to a purchasable retail model, according to TechCrunch.

For a few years now, the prototype version of Groove X's cute and cuddly companion robot, Lovot, has been stealing the hearts of CES visitors from around the world. While interested customers have been able to make down payments to reserve a Lovot of their own, it took years for the retail version to go on sale even in the company's home country of Japan – at least until about a month ago. And now the device is back on display in Las Vegas, at CES 2020.

This final model works along the same lines as the prototype in the way it gets to know its owners, interacts with them and likes attention. It can connect to a mobile app with which owners can customise details like the bot's eye colour and behaviour.

While Lovot is available for purchase in Japan for what equates to about US$3,000 (RM12,282), there's no word on when or if the cuddly robot will expand to other countries. Groove X's Founder and CEO Kaname Hayashi told TechCrunch: "If we can find an investor, then we'll probably come to the US." – AFP Relaxnews 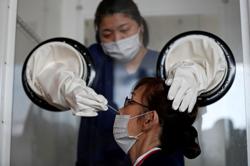