E-bikes and electric scooters are becoming increasingly popular in the United States, but the powered bikes carry a higher risk of severe injuries than traditional bicycles and a different pattern of injury risks compared with scooters, a recent study finds.

While people riding e-bikes were more likely to suffer internal injuries and be hospitalised compared to the other riders, powered scooter users had higher rates of concussion. E-bike injuries were also more than three times as likely to involve a collision with a pedestrian than either scooter or traditional bike injuries, the researchers report in the journal Injury Prevention.

"We don't know a lot about the overall risks and benefits of electric-powered scooters and e-bikes," Charles DiMaggio, the study's lead author, said in an email.

Most significantly, the study found injuries from e-bikes in particular were more serious, said DiMaggio, who directs the injury research programme in the division of trauma and surgical critical care at NYU Langone Health in New York City.

People injured by e-bikes were older, averaging 31.9 years old compared with 29.4 years with powered scooters and 25.2 years with traditional bikes.

Indeed, the largest proportion of people involved in e-bike accidents were in the 18-44 and 45-64 age groups, the authors note. Ten- to 14-year-olds made up the largest group of those injured with powered scooters.

Males were more likely to be injured overall, accounting for 83.3% of e-bike injuries, 60% with powered scooters and 72.4% with pedal bicycles.

But 17% of e-bike accident victims suffered internal injuries compared to about 7.5% for both powered scooters and pedal bikes.

"With the power assist engaged, e-bikes are capable of speeds well over 20 miles an hour," DiMaggio pointed out.

"By contrast, average speeds for more traditional bikes like the New York City (rental) Citi Bikes are less than 10 miles an hour. This near-doubling of potential speeds may be why e-bike injuries can be more serious," he said.

This, and the lack of proper biking infrastructure.

Anne Lusk, a research scientist at Harvard Chan School of Public Health in Boston, who has worked on bicycle environments for 38 years, said the study findings could be used to inform how to design the built-environment to increase safety for e-bike and scooter users, cyclists, pedestrians and car drivers.

"Climate change has been elevated to emergency status, and solutions include encouraging people to walk and bike," Lusk said. "But, the biking environment is not safe."

For example, Lusk said, in the absence of bike lanes, powered-scooter users were riding on sidewalks and roads.

There is potential for greener alternatives to traditional transportation, DiMaggio said.

"With that potential comes the need to introduce them in a safe and responsible manner, asking questions about possible need for urban design and built environment modifications like docking stations or dedicated lanes, policy changes mandating helmets and education initiatives." – Reuters 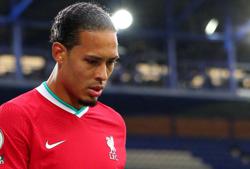