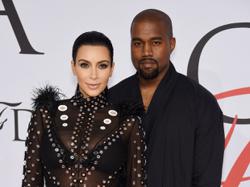 Kardashian reading flattering comments from viewers during her Taobao Live session. — Screen grab from How Does KKW Keep Up With Chinese Consumers video

Reality TV star Kim Kardashian is keeping up with the popularity of livestreaming in China.

According to website Jing Daily, all 15,000 perfume bottles sold out within minutes on a single Taobao Live livestreaming session. In the first few seconds after Huang opened the online sale for the perfume, 1,000 bottles were already sold.

Alizila, an Alibaba news site, reported in a posting that 13 million viewers tuned into Kardashian's livestreaming session with Huang, who has 9.64 million fans on Weibo. Huang is also a Taobao Live powerhouse whose personal record is driving US$49.7mil sales (RM205mil) in one day, according to a separate report by Jing Daily.

In the near future, viewers tuning into Taobao Live sessions can expect to see more notable celebrities taking part in various livestreaming sessions with popular Chinese influencers. Tmall Global announced an Influencer Ecosystem initiative, a plan to train and support 2,000 popular key opinion leaders to build a network of influencers.

These influencers will be tasked with serving as a brand ambassador for foreign products in China and inform consumers about new international trends. The influencers will engage with Chinese consumers through social media and the Taobao Live platform. Alizila stated that 500 influencers from 10 countries have already been recruited for the initiative.

The Alizila posting also stated that the number of products viewed by consumers on Taobao Live for Tmall Global increased from 8.55 million in 2018 to 35.03 million this year; according to a report from Deloitte, the China Chamber of International Commerce and AliResearch, which is a part of Alibaba Group.

Tmall Import and Export general manager Alvin Liu in a press statement said he believes brands should keep up with the popularity of livestreaming to reach more consumers in China.

“Livestreaming used to be just one option for brands looking to reach Chinese consumers in new and engaging ways. But now, because it has become so integral to how people shop here, it’s incredibly important for any brand that wants to be successful in this market," he said.