When robot enthusiast Andreas Widy decided to turn his underwater drone project from a lab in a Hong Kong university into a serious business, he waved goodbye to the city which he had called home for six years and headed north to China’s hi-tech hub Shenzhen.

“[In Hong Kong] shipments of materials [parts for the drones] could take one or two weeks ... And if there’s a mistake, then you need to redo it and wait another two weeks for a new one,” Widy, co-founder and CEO of underwater drone startup Navatics said in a recent interview in Shenzhen. “Moving the business to the mainland makes this [the supply chain] much faster.”

Starting a business was not the initial plan for Widy, a 26-year-old from Indonesia who received his undergraduate education from the Hong Kong University of Science and Technology (HKUST). In his final year of study he was planning a career in academic research but a conversation with his mentor Li Zexiang, professor of engineering at HKUST and the chairman of drone unicorn DJI, led him down a different path.

Li encouraged Widy to start his own company.

“He said there was sort of a gap between research and actually bringing the work to society,” said Widy. “The effort that you put into a startup will enable research to be used by people and can help society in different ways.” 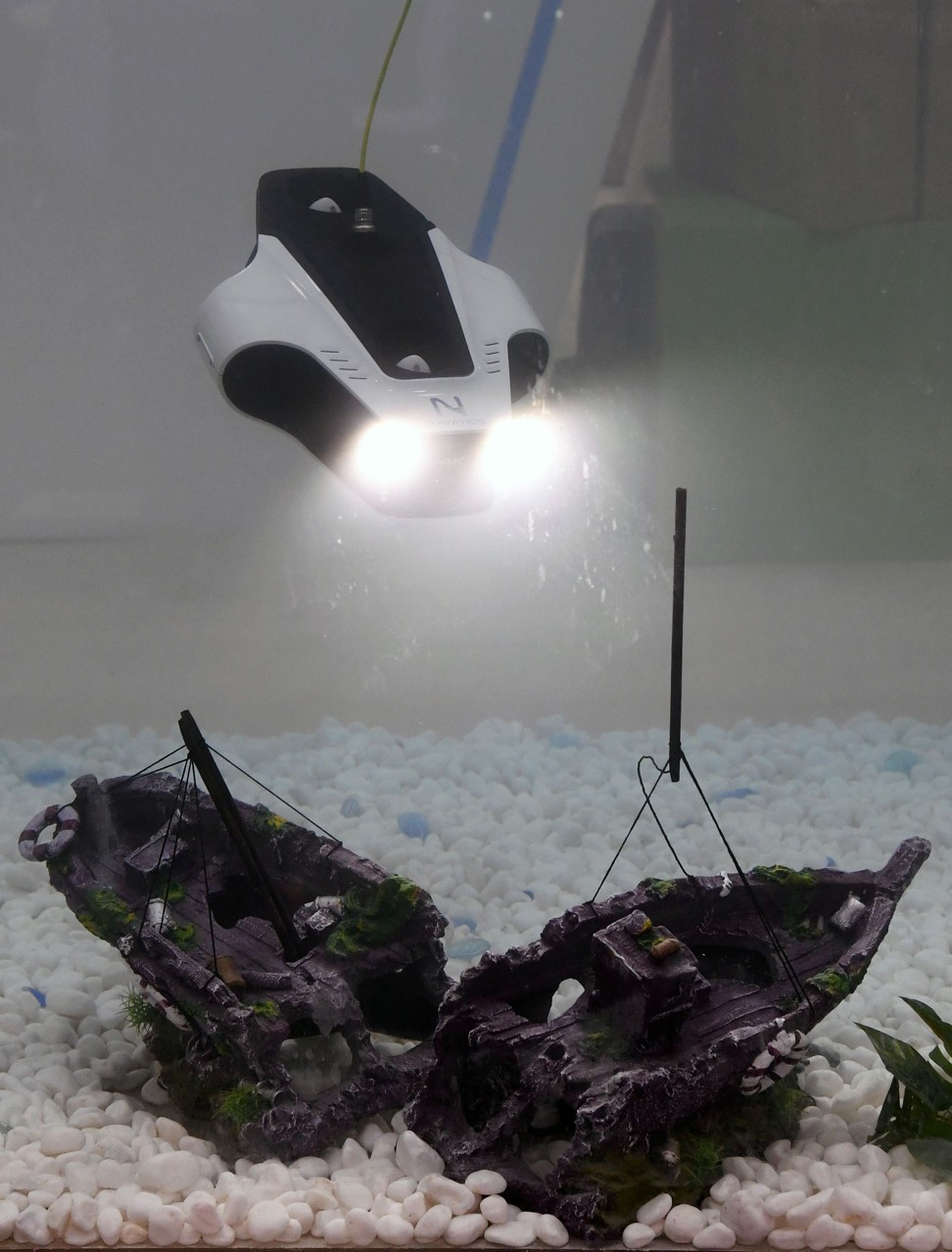 Widy is among a crop of start-up founders who received their education in Hong Kong and later brought their businesses to mainland China’s technology industry. Some of the more well-known cases include the world’s biggest drone maker DJI, whose founder Wang Tao developed his first drones in the lab of HKUST as a student of Li.

As China continues its drive to be a technology powerhouse, Hong Kong’s contribution is usually under-reported but it has been quietly pumping new blood into China’s startup scene – mainly in the form of students from the city’s cluster of world-class universities. 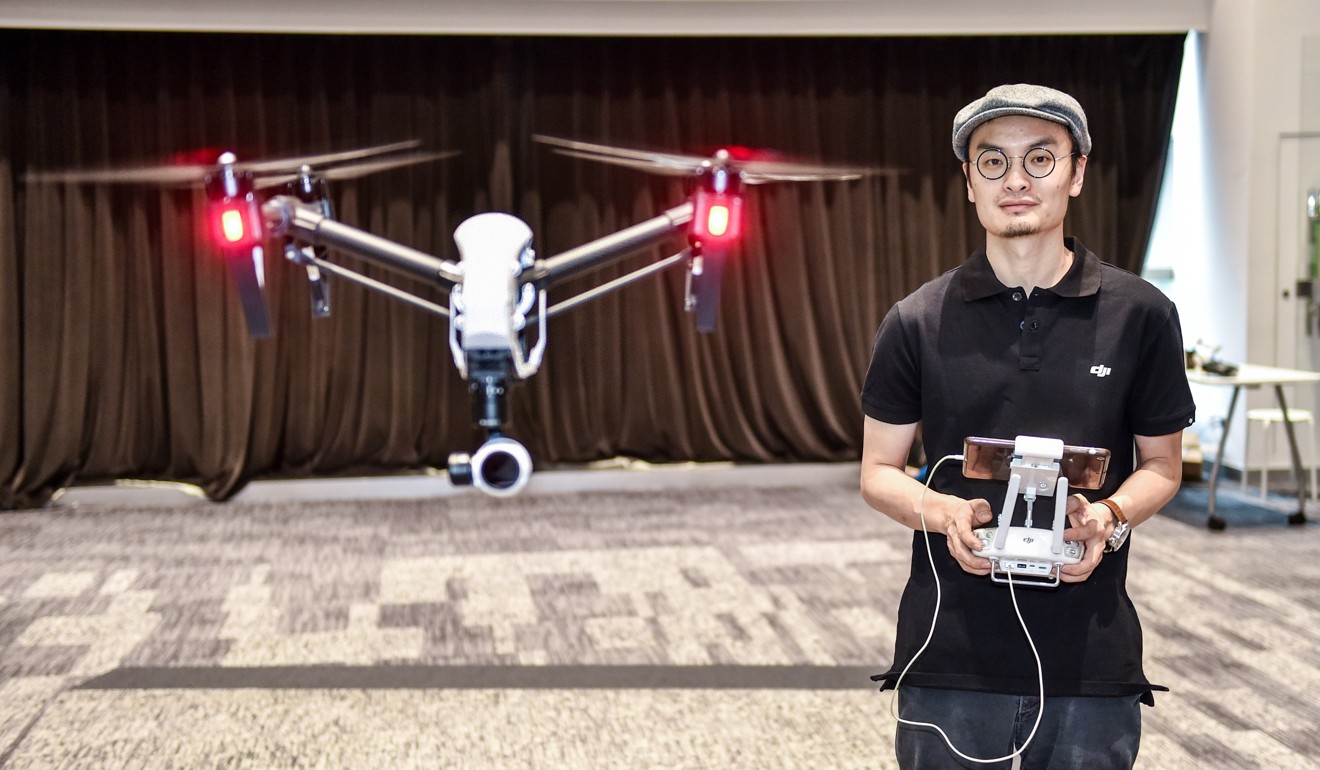 Hong Kong is home to five of the world’s top 100 universities, namely University of Hong Kong, HKUST, CUHK, City University and the Hong Kong Polytechnic University, according to QS World University Ranking 2020. Some of their strongest research areas are in computer science and engineering, disciplines that have laid the foundations for the development of artificial intelligence and robotics.

Apart from its reputation as an international financial hub, Hong Kong has also become an unlikely incubator of tech talent, helping China to make bridges with the rest of the world.

“What I saw and learned in Hong Kong was on a global scale rather than national, which helped me a lot in my own entrepreneurial journey,” said Zhang Tao, the founder and CEO of Shenzhen-based catering robot startup Pudu Technology and an alumnus of HKUST, in a recent interview with the Post.

HKUST, the alma mater of DJI founder Wang Tao, churns out about 50 startups founded by scholars and students of the university each year, with around 60 per cent of them locating their business in mainland China, according to Donny Siu, head of the Entrepreneurship Centre at HKUST.

The neighbouring city of Shenzhen has been one of the key beneficiaries, attracting talent across the border with its mature supply chain and an already bustling startup scene.

Among the Top 100 Shenzhen AI startups, a list compiled by Chinese think tank Yiou, the Post found that at least one fifth of the companies have founders or core members of the founding teams with an education background from Hong Kong.

Over the past decade Shenzhen has been transformed from a sleepy fishing village into a city of more than 12 million people, where the hi-tech sector accounts for more than a third of its gross domestic product. It is home to many hi-tech startups, electronics contract manufacturers and major firms such as internet giant Tencent Holdings, car and battery producer BYD, and the world’s largest telecoms equipment supplier Huawei Technologies.

A quick search of the alumni pages for HKU on LinkedIn shows that Tencent and Huawei rank highly as employment destinations for mainland-based graduates whereas the financial services industry is the most popular choice for Hong-Kong based graduates.

Meanwhile, the role of Hong Kong’s universities in grooming hi-tech talent is gaining increased importance as China challenges the US in a number of emerging technologies, such as artificial intelligence and robotics.

Under President Xi Jinping, China has put the development of advanced technologies, such as big data and artificial intelligence (AI), at the centre of a national drive to reform the economy. China’s State Council has laid out goals to build a domestic AI industry worth nearly US$150bil (RM623.10bil) in the next few years, and to make the country an “innovation centre for AI” by 2030.

The US has thrown a spanner in the works though after Chinese AI firms including SenseTime, Megvii and Yitu, were added to a trade blacklist in October that restricts them from buying American technology. Huawei was placed on the Entity List in May.

Ties between Hong Kong and Shenzhen and other parts of the mainland China are expected to deepen after Beijing included Hong Kong in its blueprint for the Greater Bay Area, which is aimed at transforming 11 cities in southern China – led by Hong Kong, Macau, Shenzhen and Guangzhou – into a combined economic hub.

Higher education institutions in Hong Kong are also expanding into Shenzhen and Guangzhou. CUHK has built a new campus in Shenzhen’s Longgang District where more than 4,000 students are studying science and engineering among other subjects. HKUST is planning to build a new campus in Guangzhou next to the Qingsheng high speed rail station, in partnership with the municipal government which will fund construction.

Shenzhen is trying to do more in the areas of fundamental research and development but its higher education infrastructure is not as strong as Hong Kong’s or overseas innovation centres.

The GBA is home to about 20 universities mainly located in Guangzhou, the capital city of Guangdong province. Shenzhen University, located in the tech hub’s Nanshan district, is ranked somewhere between 601st to 800th globally, according to The Times Higher Education World University Rankings.

“China is very good at the hardware, but basic research is not a simple task,” said Jonathan Chee, project director at the Centre for Entrepreneurship of CUHK. “The most cutting-edge research and technology is done in universities and it’s not easy to bring the talent together to form a cluster.” 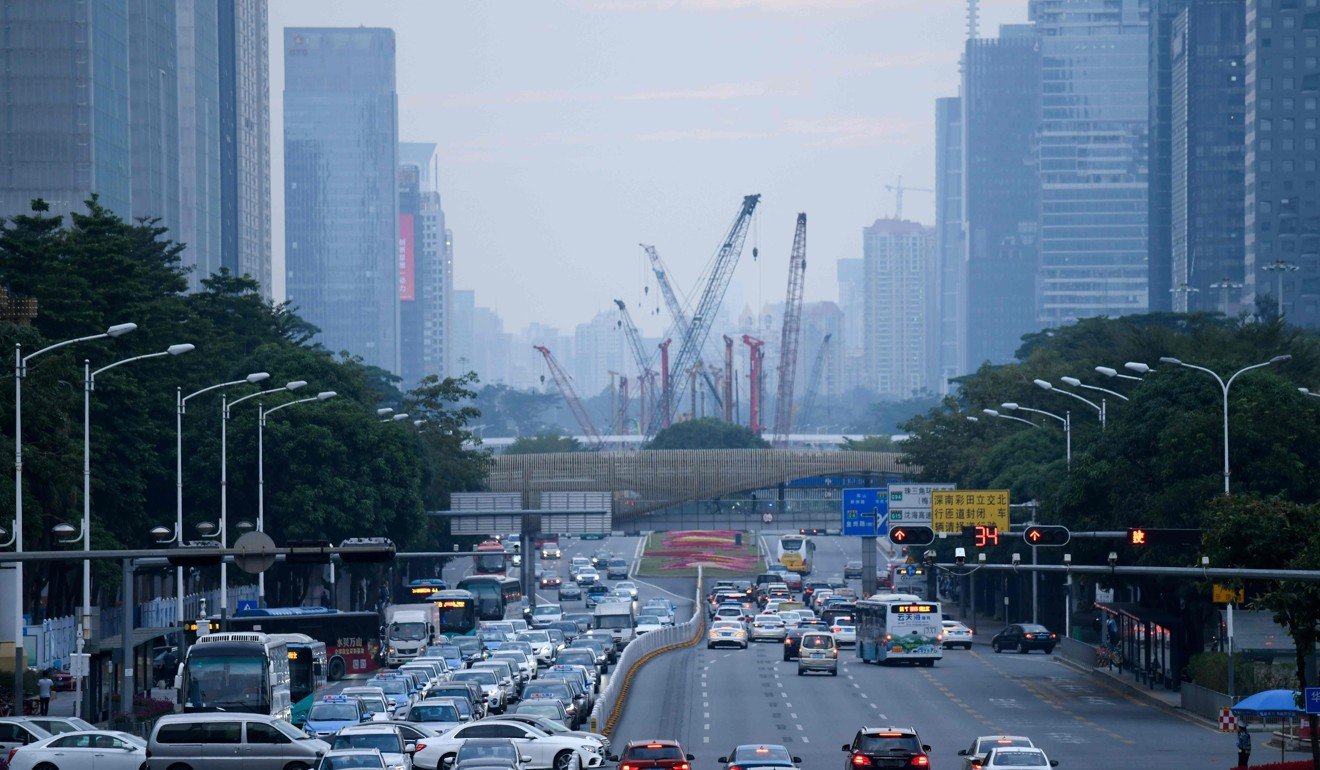 Some mainland Chinese companies have also turned to the Hong Kong Applied Science and Technology Research Institute (ASTRI), a government-funded science organisation that develops and licenses technologies, for new innovations.

ASTRI and Huawei jointly developed a solution for connected vehicles that warns the driver of possible collisions, in which the former provides the software system and algorithm for Huawei’s connectivity device. The technology was tested in eastern China’s Wuxi city last year.

And to be sure, not all aspiring Hong Kong startup founders choose China to test their businesses – Hong Kong can also provide a good test-bed, Chee said.

“The mainland market is like an accelerator. It’s highly competitive and some start-ups can get easily lost if they don’t have a tested model in Hong Kong ready,” Chee said.

Tony Xin Haiyang, who founded STEM-robotics startup Cocorobo in 2016 after gaining his PhD from CUHK, followed this route. He said he started out in Hong Kong as it is more market-oriented and easier to sign up schools as clients whereas the mainland market is fragmented and complicated.

Now with some of the most prestigious Hong Kong schools on board, Xin has made a push to the mainland, where demand for STEM education is picking up.

“Where you should start depends on the product and the industry you’re working on,” said Xin. “For robotics and other hi-tech companies that need heavy investment, the mainland is the better place to be.”

However, enthusiasm for closer tech ties between China and Hong Kong could be marred by current unrest in the city, triggered by a now-withdrawn extradition bill that has seen anti-government protests morph into broader anti-mainland sentiment with several mainland-linked businesses attacked.

“I have nothing but gratitude for my years in Hong Kong, but mainland students are now caught in the midst of all the negativity between the mainland and Hong Kong [over the protests],” Xin said. – South China Morning Post