'The Walking Dead: Saints & Sinners' features some gritty realism as they deal with weapons that break and guns that jam. — Photos: Skydance Interactive/TNS

The stifling heat in the room makes it feel like New Orleans. Call it another layer of immersion as I don the Oculus Rift headset and play a preview of The Walking Dead: Saints & Sinners. It's a new virtual reality project from Skybound Entertainment and Skydance Interactive.

Unlike most VR experiences though, it has the feel of a full-fledged game. Guy Costantini, vice president of marketing at Skydance, said the Saints & Sinners will take about 15 hours to complete going through the main quest, but the first-person survival game features so many gameplay wrinkles that players can spend longer in the world.

They take on the role of "the Tourist" who ends up in the middle of a conflict between rival factions the Tower and the Reclaimed in New Orleans. Each has its own philosophy, with the Tower being more authoritarian and valuing survival at all costs, while the Reclaimed have a more flexible approach to living in the zombie apocalypse. In addition, players will come across exiles and other nonaffiliated survivors.

The Tourist has a base in a remote part of the city. The protagonist sleeps on a school bus and has places to recycle scavenged material and create workshop items. It acts as a hub as players venture to other Big Easy neighbourhoods via boat.

After loading up on weapons and supplies, I travelled to a residential block that was split between the Reclaimed and the Tower. I departed and confronted zombies that roamed the streets.

"It's gritty and grounded," Costantini said. "When you stab a walker with a knife, you have to pull it out. There's stuff you can do with combat." He talked about holding off a zombie with one hand and stabbing it with another. Players who are dexterous can switch from among three weapons they are carrying. They can holster a pistol and a knife or any two of each. In addition, they have a two-handed weapon on their back with a second one that has to be pulled out of their backpack.

The developers throw a lot of tools and mechanics at players with a rechargeable flashlight on the left chest and a notebook detailing maps, recipes and quests on the right chest. Players have plenty of items at their disposal but accessing them can be cumbersome. It almost feels like too much, but the team wanted to give players gameplay depth and Saints & Sinners has plenty of that. 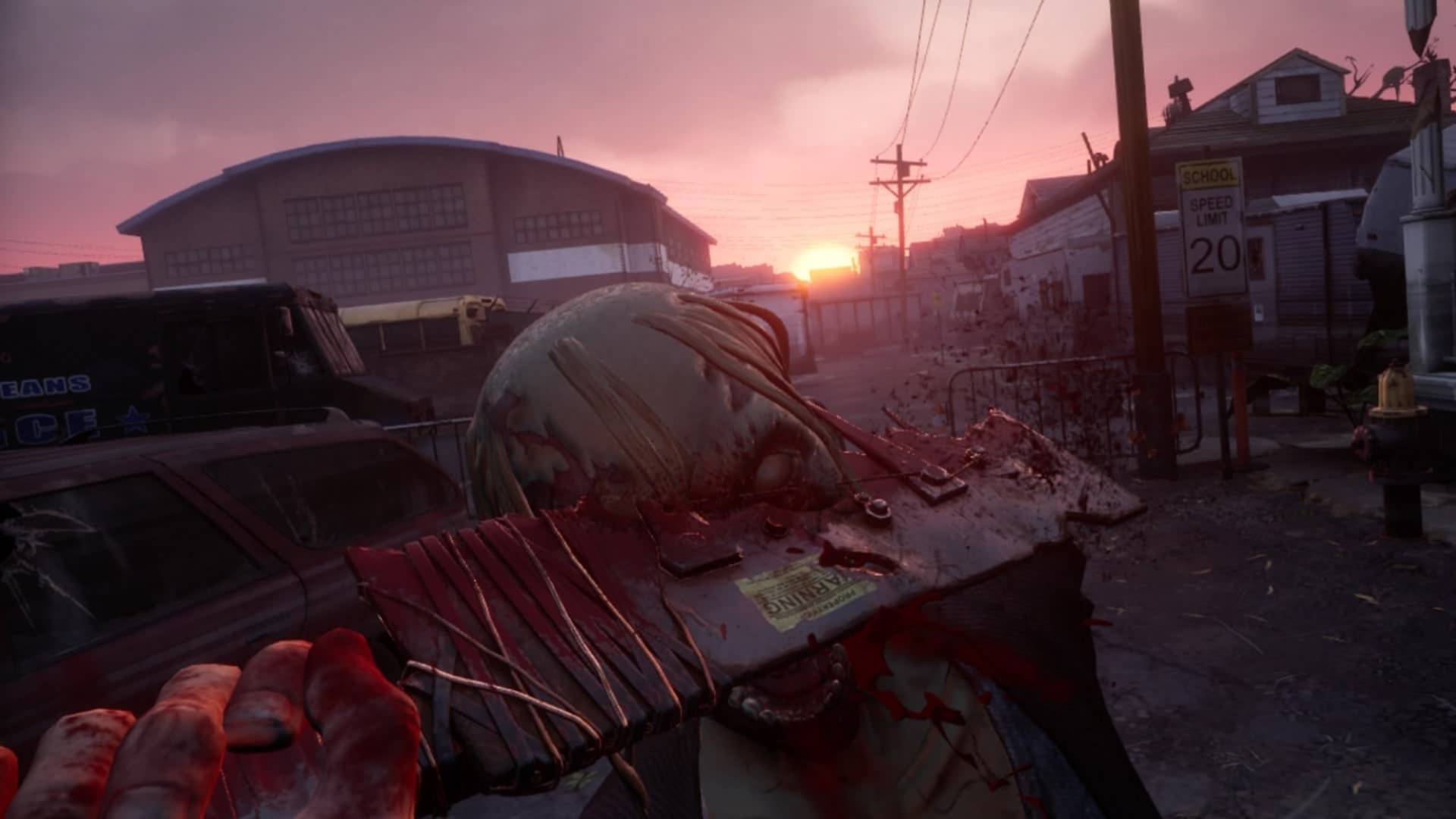 Players can craft weapons out of scavenged material in 'The Walking Dead: Saints & Sinners'. — Skydance Interactive/TNS

They can hit a button activating a crouch and inch toward a zombie. It's a way to sneak toward them and strike them with a knife. Players have to be aware though that weapons in the game have durability and repeated use of a shiv will destroy it. The same goes for guns, which sometimes jam in the middle of combat. Other firearm drawbacks include the need for ammo which can be scarce and the noisy blasts that attract the undead. Players should use them with caution.

When players aren't killing zombies, they are out scavenging. The game has a satisfying mechanic that lets players rifle through houses and gather materials and toss them in their backpack on their right shoulder. Those pieces of junk can be recycled and used for recipes to craft new weapons or food. They can make things like a blade out of a street sign or they can mix food to craft meals that refill stamina. To heal, players need to get out of combat, grab a bandage and wrap it around their arms a la Fortnite.

It will take players time to adjust to all the intricacies of gameplay. Thankfully, it appears that The Walking Dead: Saints & Sinners is paced slow enough that players can ease into the adventure. It's not a game about running and gunning. It's more about exploration and meeting the New Orleans residents.

That means greeting them without a weapon pulled out. Factions such as the Tower don't take kindly to that and they may fire at players if they don't put away their guns. I did that before talking to one of the members and they scolded me before. After I holstered my weapon, they were more friendly and asked if I could rescue one of their allies who had been captured by the Reclaimed.

Players can go in guns ablazing and kill the rivals, but it's often better to take a measured approach and get the whole story. If they do, they'll hear how the Tower tossed the daughter of a Reclaimed leader out on her own. Being a child, they had no use for her and she eventually died. Capturing the Tower member named Anthony is part of the faction's revenge.

This puts the Tourist in a dilemma. Should the player side with one faction or the other? I was having fun so I sided with the Reclaimed and shot the Tower member, who happens to be the brother of the local Tower chief. Soon I found myself joining the armed posse and we were headed to the Tower house to kill everyone there. 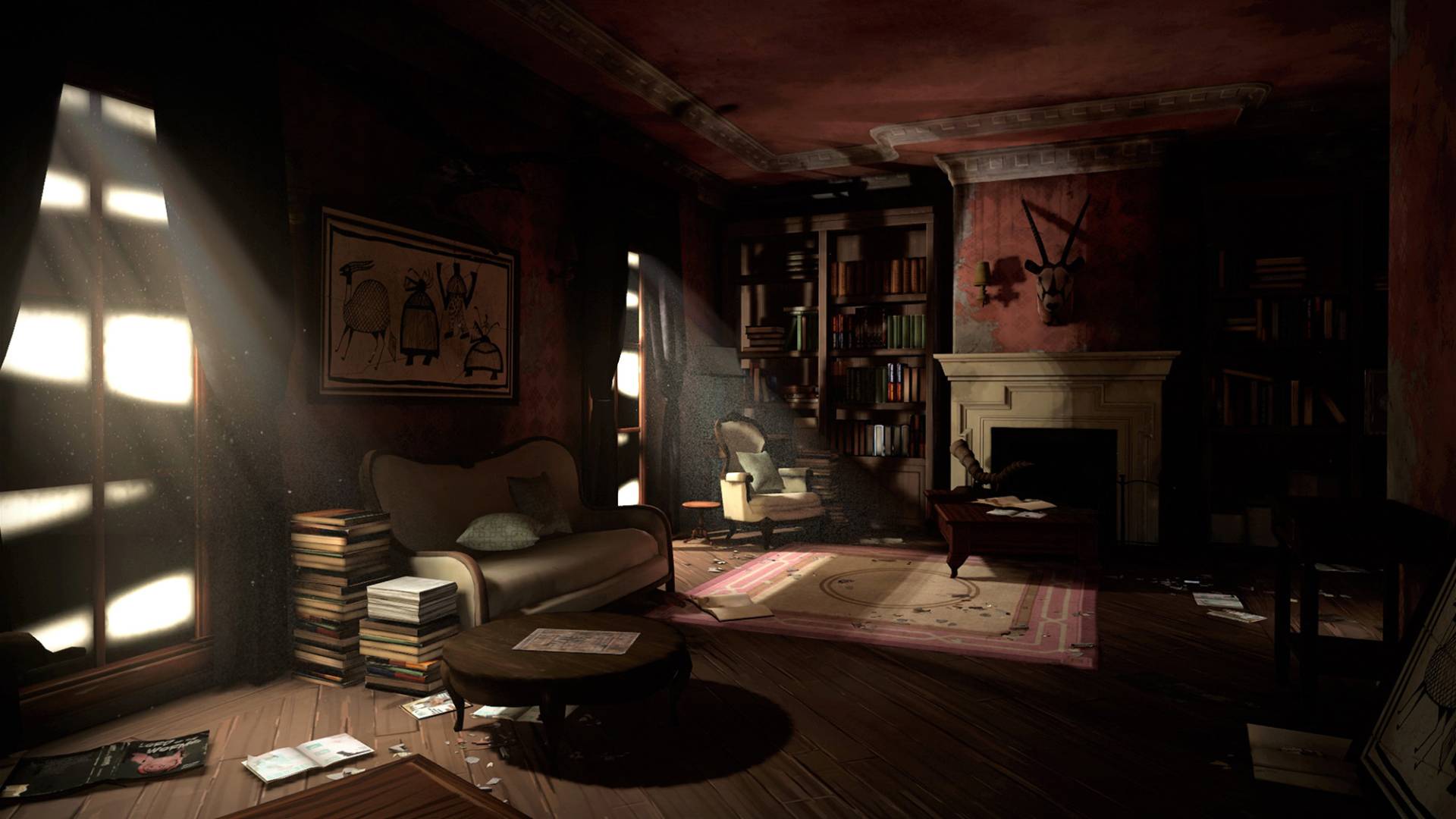 Players will scavenge through houses for weapon materials and food in 'The Walking Dead: Saints & Sinners'. — Skydance Interactive/TNS

Unfortunately, I was so amped at shooting Tower troops that I fired and hit a Reclaimed member. That's when everything fell into chaos and they started shooting at me. I had no choice but to defend myself and I emptied clips into everyone I saw. I was injured and healed a few times. I ran out of weapons partway through and had to grab guns and knives off the ground.

Eventually, I killed everyone in both houses. I went upstairs to grab the pump, which was my goal all along. That's when I discovered a letter from Anthony. He had some guilt for what his group did to the girl and took supplies to be on his own. The whole situation was a big misunderstanding and I murdered everyone around me. I was the real monster.The Walking Dead always has this layer of unknown knowledge. It's often seen in motives or appearances that belie a true intention. People who look like gang members end up being the same folks who take care of seniors at a retirement home. This mission captured that element. After I killed everyone, a bell started ringing. It was the Tower and the faction uses the bells to manage the walkers, which descended on the neighbourhood.

To make matters worse, everyone I killed were resurrected as zombies. I ran around trying to escape. I tried jumping atop cars. I tried herding them in narrow alleys but I was eventually overwhelmed.

Even though I killed everyone in the area, Costantini said I could still be in the good graces of either group. The Walking Dead: Saints & Sinners has a level of realism built into it. If players can kill everyone in a neighbourhood and leave no witnesses, the organisations won't have a reason to hate you. They'll just know a base was wiped out but by a mystery person. Then again, if someone did escape, players can be in a heap of trouble.

The variability in responses and the internal faction system will create different experiences with each play through. This gives players several different endings based on their choices. It also lends The Walking Dead: Saints & Sinners more replayability, so players can pour in more than the estimated completion time of 15 hours. From my short time with the game, it looks to be a full-fledged experience, one that will be available Jan 23, 2020, on the Oculus Rift. – The San Jose Mercury News/Tribune News Service