Huawei heaps emphasis on hardware in its Mate 30 series

The Cine camera on the Mate 30 Pro is capable of recording 4K videos at 60fps (frames per second) with pro-Bokeh effects, and capturing low-light time-lapse clips, such as a rose blooming in full 4K glory.

Users can also dabble in high-speed photography and record fast-moving scenes such as a watermelon exploding or an arrow zipping across the field, as the camera’s 256x ultra slow-motion video feature allows users to capture moments at up to 7,680fps. 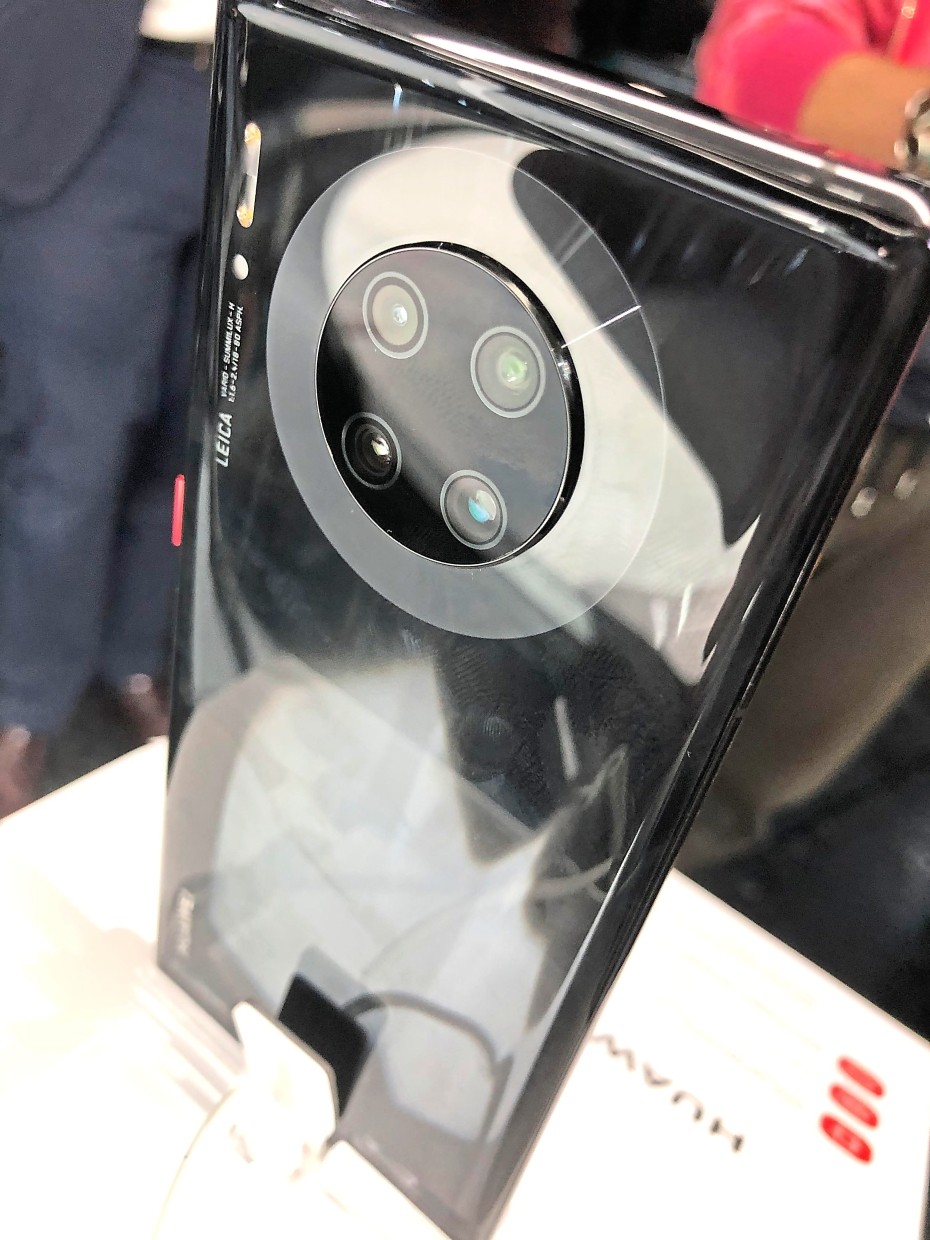 A quad-camera lens array sits on the back of a Mate 30 Pro smartphone. — KHOR SOW YEE/The Star

The 8-megapixel telephoto camera on the phones offer 3x optical zoom, 5x hybrid zoom and up to 30x digital zoom to bring faraway objects to your eyes, whether you are zooming in at your favourite artiste performing onstage at a concert or that gazelle on an African safari.

Selfie lovers were also shown plenty of love as the 32-megapixel front-facing camera, ambient light and proximity sensor, and 3D Depth Sensing camera on the Mate 30 Pro adjusts light, colour and contrast so that your selfies and wefies can also benefit from Bokeh effects.

Huawei also announced a 5G version of the Mate 30 Pro and the Porsche Design Huawei Mate 30 RS, which is a variant of the Mate 30 Pro with 5G. Running on the Kirin 990 5G chipset, the 5G models use a 16-core GPU that promises faster speeds. 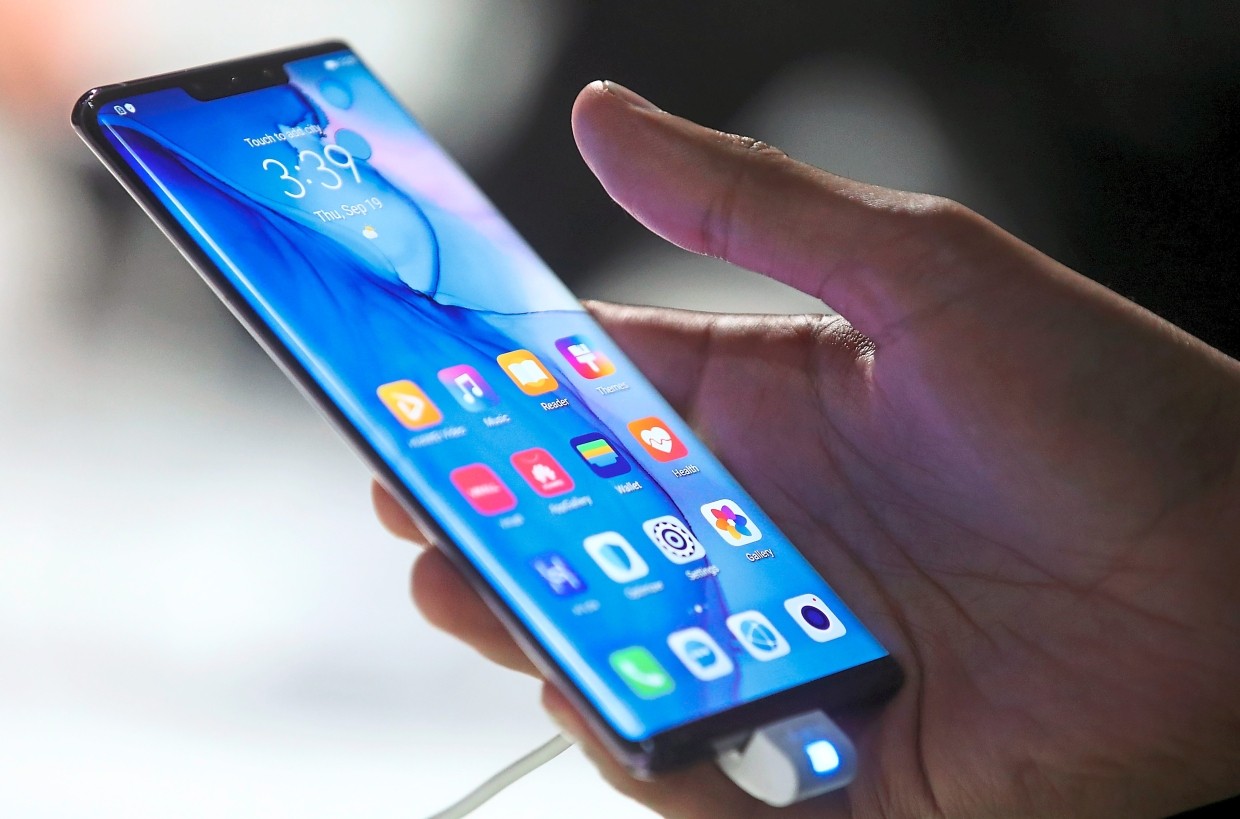 The Mate 30 Pro’s screen curves at an 88° angle and boasts a new colour ­rendering engine. — Bloomberg

Huawei calls it the Horizon Display as the screen, which has a 18.4:9 aspect ratio and curves at an 88° angle, “extends the horizon for an immersive viewing experience”.

The display also boasts a new colour rendering engine that is claimed to reduce blue light emission, which could mess up your body clock, by 25%.

Huawei has replaced the side volume buttons on the Pro with invisible virtual keys that can be placed on either side of the phone – handy for both left- and right- handed users.

There’s also an AI auto-rotate function that tracks your eye movement to rotate the screen accordingly – useful for surfing the Web while lying in bed – and AI Private View which hides a notification when someone else tries to sneak a peek at the display.

Huawei’s latest EMUI 10 user interface has also been given a few tweaks to make it more aesthetically pleasing. 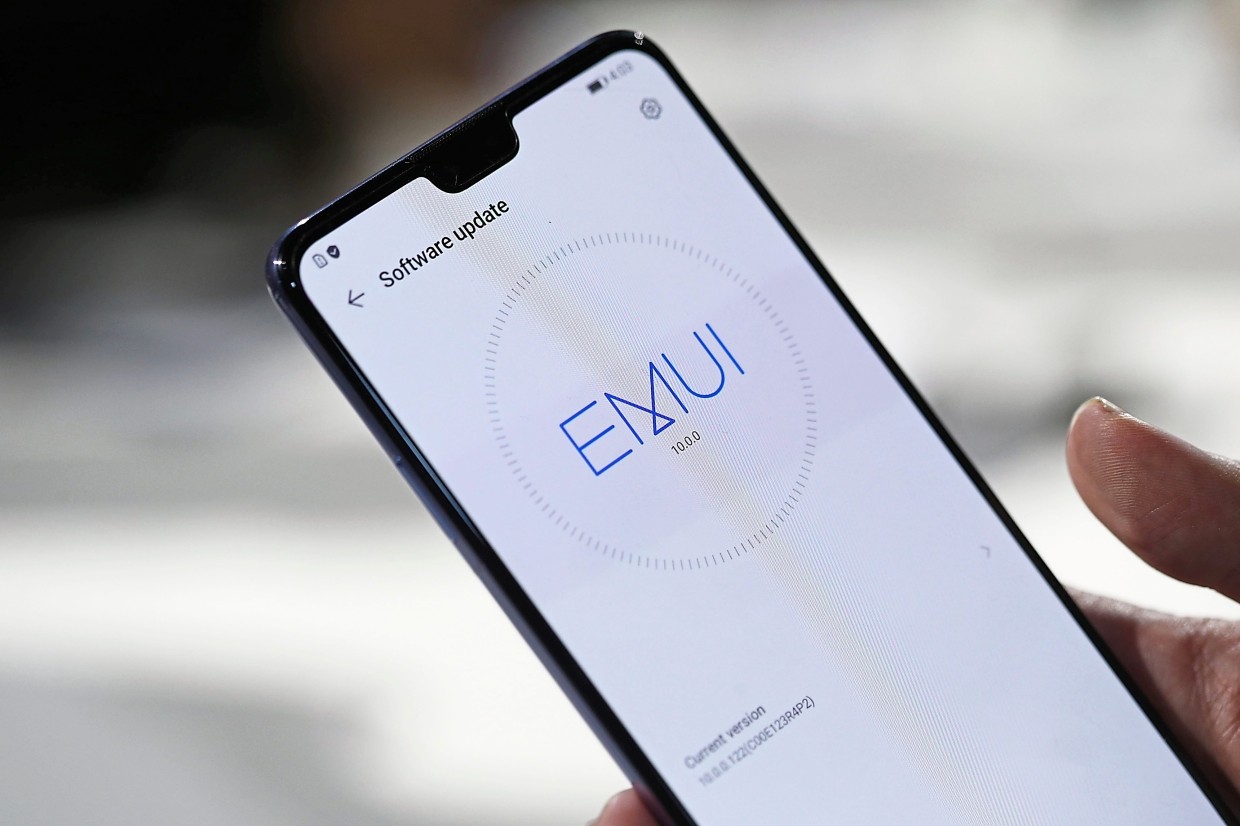 The EMUI10 logo sits on a software update screen display on a Huawei Mate 30 smartphone during the device's unveiling in Munich, Germany. — Bloomberg

First among them is the Always-on Display with a lock screen that changes colour throughout the day and more options for the clock – you can even choose to have the same dial as the Watch GT 2 smartwatch.

There’s also a new Morandi colour scheme, a pastel palette for contacts that soothes the eye; a new magazine layout that organises your content in a visually streamlined manner; and Dark Mode, which promises improved legibility and comfort at night, reducing stress on your eyes.

Other features include HiCar smart travel for seamless connectivity between the phone and a car’s on-board communication and entertainment systems, a Multi-Screen Collaboration that allows users to transfer data and control multiple screens between Huawei devices, as well as 3D face unlock and in-screen fingerprint for biometric security (Mate 30 Pro only).

Huawei’s consumer business group CEO Richard Yu confirmed that the company’s EMUI 10 would run on an open-source version of Android 10 and that the new Mate 30 series are not licensed to use Google Mobile Services (GMS).

“Today that’s because of a US ban that these phones cannot be pre-installed with GMS, it has forced us to use the HMS core running the Huawei App Gallery on the Mate 30 series phones.” 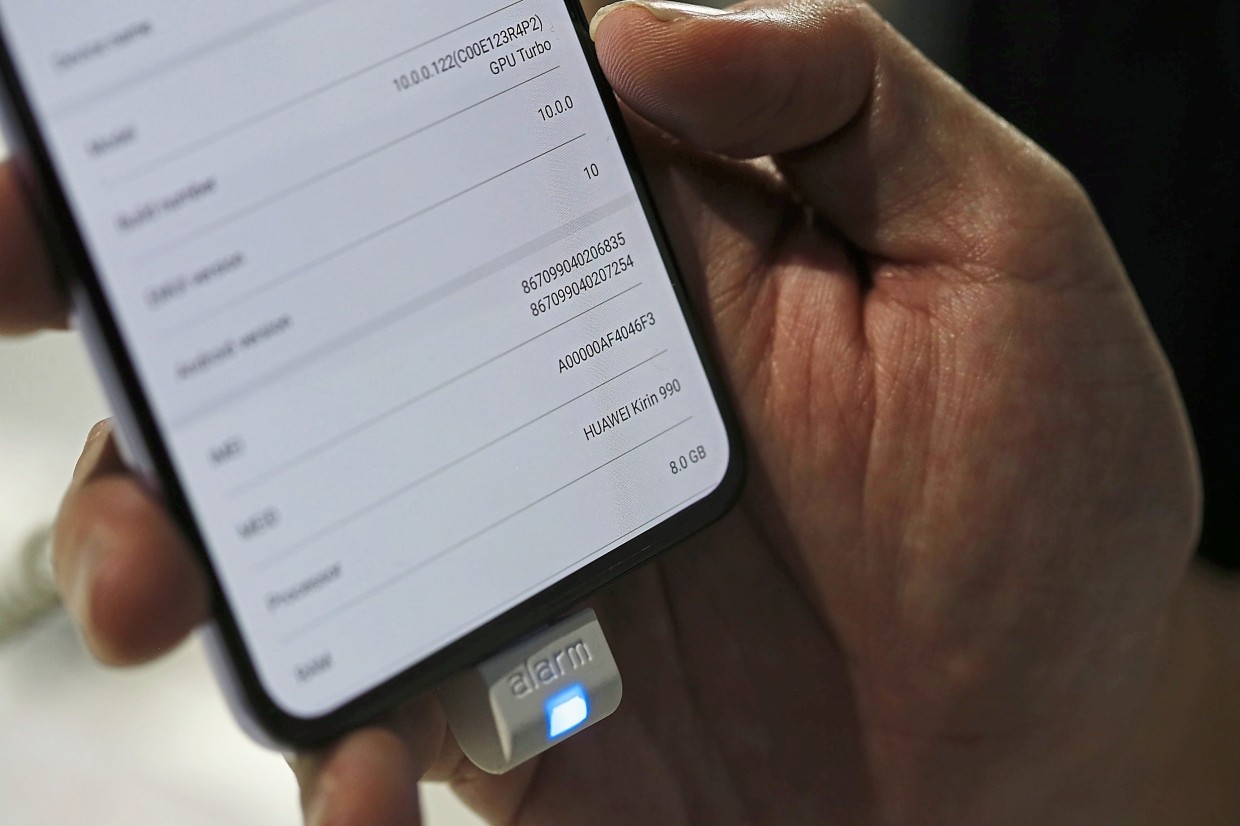 This means that Google apps, including the Play Store, and services won’t come pre-installed on the Mate 30 or Mate 30 Pro. However, users will have access to Huawei’s own App Gallery, which has over 45,000 apps.

To attract more developers over to HMS, the company announced a HMS Ecosystem Incentive Programme with a US$1bil (RM4.19bil) fund for the development, user growth and marketing of HMS.

Besides its flagship phones, Huawei also pulled back the curtains on the Watch GT 2 smartwatch. Powered by the Kirin A1 chip, the Watch GT 2 boasts a claimed battery life of 14 days per charge. 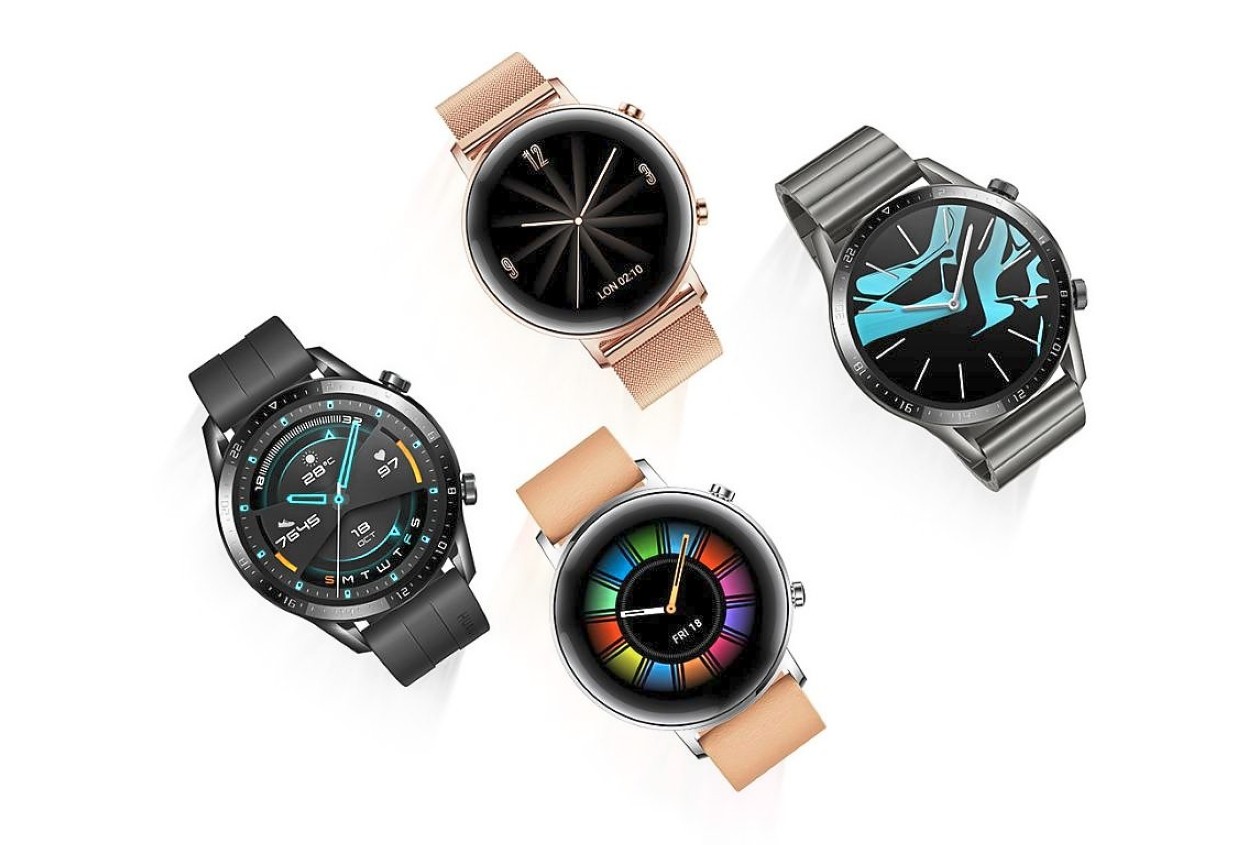 Powered by the Kirin A1 chip, the Watch GT 2 boasts a claimed battery life of 14 days per charge. — Huawei

It will also come with new functions such as 15 smart workout modes, an enhanced music player, and allows users to take calls from up to 150m away from their phone. 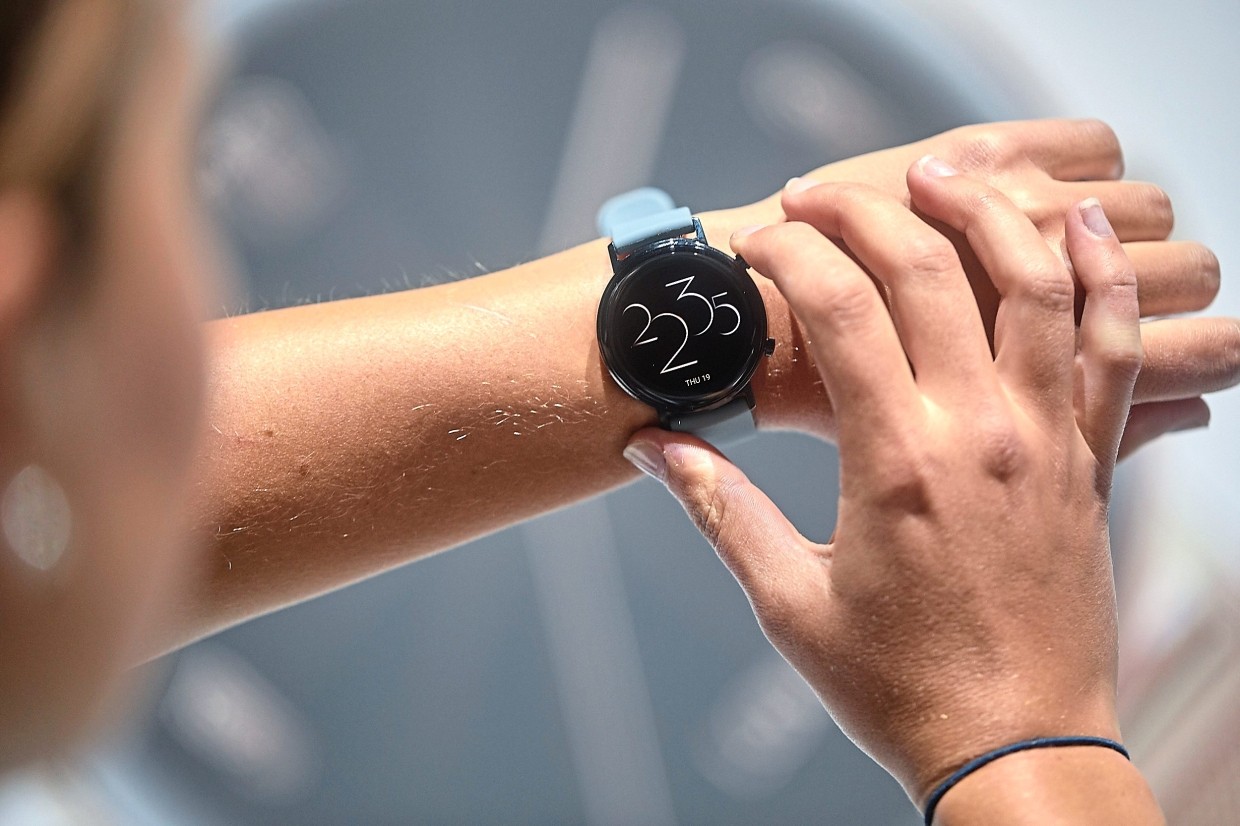 The Watch GT 2 allows you to take calls on it. — Huawei