Hopes had been high for computer number 46, the most complete example of Apple's first home PC ever to come up for auction.

However, when the hammer came down this weekend in Cologne, Germany the lot only fetched €246,000 (RM1.05mil) despite the fact that it is one of only six examples of the Apple I still in full working order and is the only example ever to still have its original box.

What's more, as it is example number 46 of the initial batch of 50 Apple I computers, it was hand-built by Steve Jobs and Steve Wozniak (Apple's co-founders) and as photographic evidence attests, actually sat in the young Jobs' bedroom before being delivered to The Byte Shop, the computer store that was the first to buy and stock the PC.

Hopes had been high for the computer. The German auction house that organised the sale - TeamBreker - had already managed to break the record for the highest price paid for an Apple I at auction not once, but twice over the last 12 months. 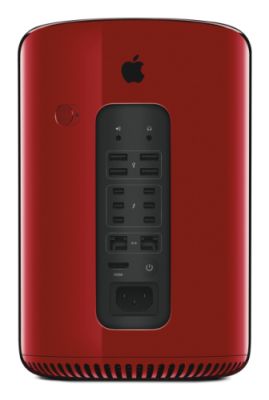 AUCTION FOR CHARITY: This customised RED edition of Apple's flaghship desktop, the Mac Pro is expected to fetch up to US$60,000 at auction. - ©Sotheby's/RED/AFPRelaxnews 2013

However, by achieving the lowest end of its pre-sale estimate, the sale could suggest that we've reached ‘peak' Apple, but it's just as likely that the clientele usually attracted to such sales are saving their resources for the upcoming Marc and Jony's RED auction, due to take place this Saturday at Sotheby's, New York.

The event, the proceeds from which will go to U2 frontman Bono's RED charity to help fight AIDs, will feature over 40 lots either created, improved or selected by Apple's current head of design, Jony Ive and his friend and leading industrial designer, Marc Newson.

They include a unique, one-off Leica camera, built from the ground up by the pair as well as a heavily customised Mac Pro desktop, which is currently the fastest, most powerful off-the-shelf computer money can buy.