PETALING JAYA: Telekom Malaysia Bhd continues to be on track with the rolling out its Unifi High Speed Broadband Service.

The service is now available in another 48 areas, bringing the total premises passed to more than 750,000 as at the end of last year.

Residential areas that have started enjoying the service are in Sentul, San Peng, Bintang and Taman Midah in Kuala Lumpur.

TM has also expanded the service to areas in Sungai Long, Keramat, Cheras, Petaling Jaya and Serdang in Selangor, as well as in Seberang Jaya, Penang.

“We have already passed the 30,000 service subscription mark and with the number of orders closed surging to an average of 2,500 per week, it is a clear sign that more and more Malaysians are spending their time online and are hungry for higher bandwidth,” he said.

Inked in September 2008, the RM11.bil national highspeed broadband project is a public-private partnership between TM and the Government to develop next-generation high-speed broadband infrastructure and services for the nation.

TM is investing up to RM8.9bil in the project while the Government is contributing RM2.4bil on an incurred claims basis, based on project milestones reached by the telecommunications giant.

For a complete list of UniFi coverage areas and service availability, go to www.tm.com.my. 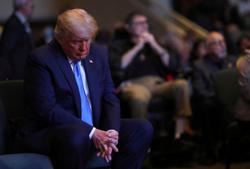