These smartphones have an edge or two over their competition.

When we think of Samsung Galaxy S flagship devices, we are likely to remember them as high-end ­devices made of plastic. With the new flagship ­smartphones, the S6 and S6 Edge, Samsung is set to change what we know about its Galaxy devices.

In this review, we check out both devices, as the main difference between the two is that the S6 Edge has a curved screen that stretches all the way to the sides. There are also some minor differences which we will highlight along the way.

The S6 and S6 Edge are arguably the ­prettiest Samsung devices to date. They show no hint of plastic, as the devices have a unibody made of metal and glass. 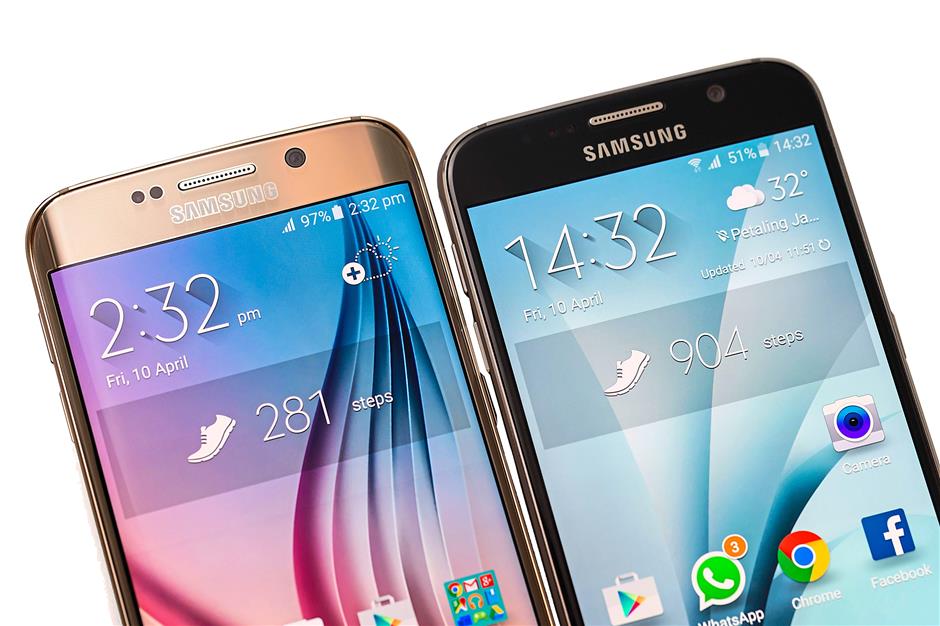 The review unit we got for the S6 is the Black Sapphire and the S6 Edge is the Gold Platinum version – both the colours go very well with the new design, giving them classy and premium look.

As the back of the devices are made of glass, they are fingerprint magnets so expect to clean them often or get casings.

The S6 is also slightly taller and thinner than the S6 Edge but only minimally so.

The smartphones are the first flagship Galaxy ­devices that don’t come with a ­removable battery or expandable memory card slot which might ­disappoint some Samsung fans.

The main selling point of the S6 Edge is, of course, the curved screen that goes all the way to the sides of the device. The Edge Screen, as Samsung calls it, gives the device an added touch of sexiness.

However, this is not the company’s first device with a curved screen – the Note Edge also has it but it’s only curved on one side. 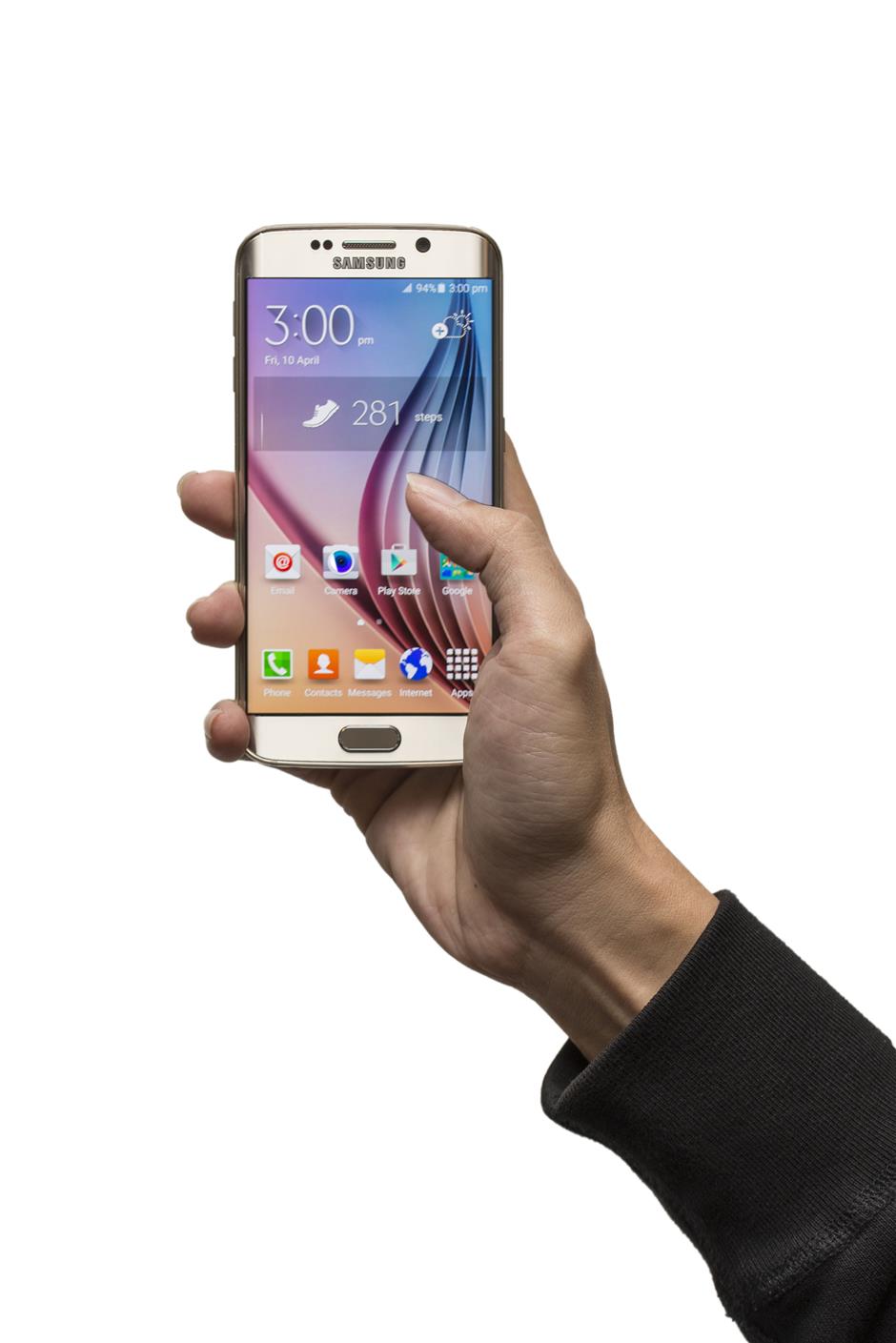 EDGY: The S6 Edge's sides light up when a call comes in.

For instance, the sides will light up when there is an incoming call and to identify the caller easily you can pick different colours for different contacts.

This is particularly handy if you like to place your phone face down, as you will be able to tell who is calling from just looking at the Edge Screen.

One of the coolest functions is the Night Clock which will display a tiny clock on the Edge Screen so that you can do away with an alarm clock.

Both devices have a 5.1in screen that is bright, vivid and great for outdoor usage as well as for multimedia consumption.

The screens have a resolution of 1,440 x 2,560 pixels with a very high pixel density. We won’t be surprised if Samsung manages to cram a 4K display into the next version.

Out of the box, the smartphones run on Android Lollipop 5.0.2.

It goes without saying that they have more than enough firepower to run just about any Android apps or games.

Samsung has been known to be overly generous with its app offerings and we are pleased to say that has changed with the S6/S6 Edge. 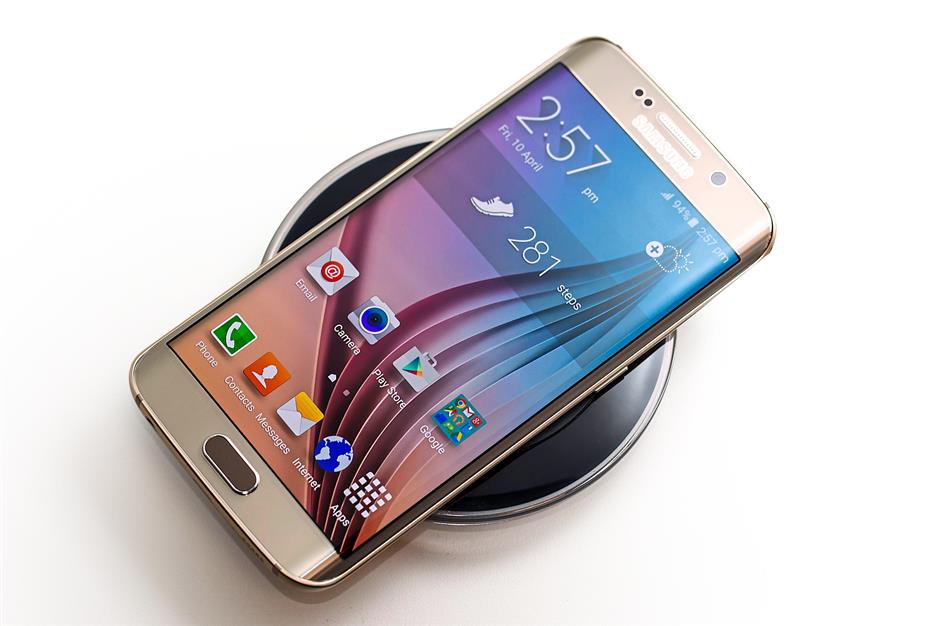 CUT THE CORD: The S6 Edge and its twin have built-in support for wireless charging.

As the company has only bundled vital apps, the precious internal storage is not taken up by unwanted apps. Users are given the option to download any additional features or modes that they want, and they can also disable pre-installed apps.

One of the apps included is the revamped S Health which now has a user interface that’s very intuitive and engaging.

Among the many functions offered are a pedometer to keep track of the number of steps you take and a heart rate sensor that measures not just your heart rate but also your stress level.

Samsung’s TouchWiz user interface is also a huge improvement over previous versions. It looks smooth and slick, and is feature-packed.

And if you are not happy with the default look then you can always change it by ­visiting the Theme Store.

It’s sparsely ­populated now but the number of themes are growing by the day.

Cameras have become an important element for mobile devices.

The 16-megapixel rear-camera with f/1.9 aperture is undoubtedly one of the best that we have come across on a smartphone. Images came out sharp and accurately coloured.

But it’s not just the image quality that impressed us. Double clicking the home button at any point launches the camera, even if the devices are locked. This makes the camera very accessible at all times and it’s indeed fast.

The camera also focuses very fast and there is no noticeable shutter lag. 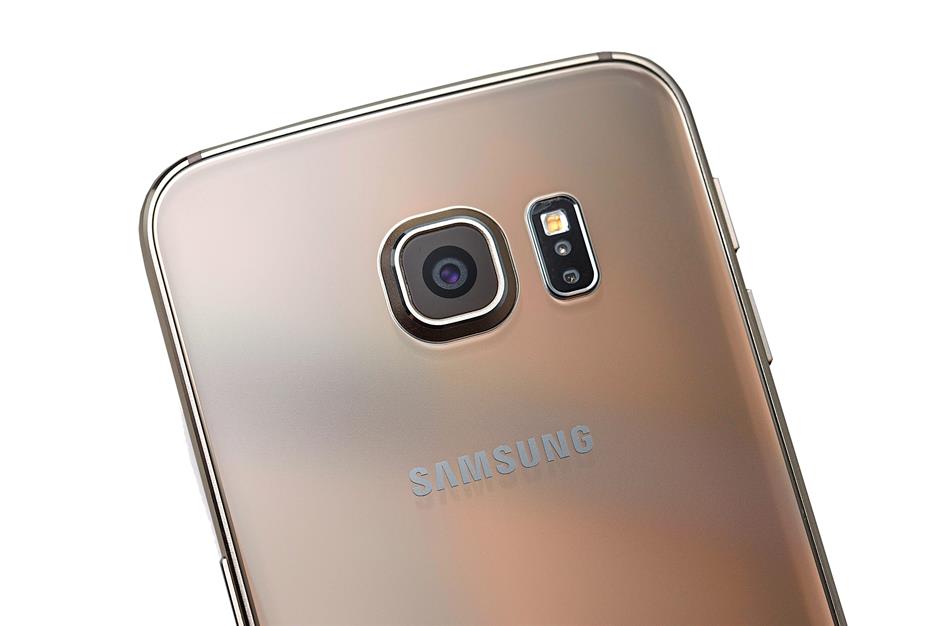 AT A TOUCH: You can access the camera at anytime and even when the smartphone is locked by double tapping the home button.

Among the modes that have been included in the camera is a Pro mode which allows the user to control settings such as ISO, white balance, exposure compensation and manual focus.

The front camera is also impressive and it has a real-time HDR (high dynamic range) mode.

The S6 and S6 Edge have slightly different battery capacities but, again, the differences are minor. The S6 has a 2,550mAh battery while the S6 Edge has a 2,600mAh battery.

Both devices lasted till the end of the day with moderate usage that included social media updates, gaming and shooting photos.

But that’s not really a problem as the batteries on the devices don’t take long to charge up. The new fast charging technology can power up the phones fully in slightly more than an hour.

Both the S6 and S6 Edge are the most important devices for Samsung this year, as there are more rivals than ever in the Android space.

In terms of user experience, the smartphones were very impressive thanks to powerful hardware and improved software. Those who are not fans of Samsung’s TouchWiz should give the latest version a try as it has been vastly improved.

Overall, if you are looking for the best Android smartphone money can buy at the moment than look no further then the S6 devices. They cost a bit more than other flagship models but you will be getting what you pay for and more.