PETALING JAYA: National pistol shooter Nurul Syasya Nadiah Ariffin (pic) is only 17 but is wise beyond her years.

The 10m air pistol newbie stunned her older teammates when she unofficially equalled the national record in the 50m air pistol when she posted 574 in one of the online tournaments this year. 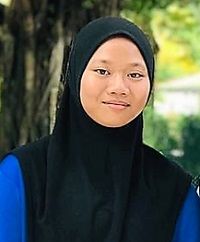 Earlier this year, Nurul also turned heads when she smashed the 10m air pistol national record with a score of 574 points in the qualifying round of the Selangor Shooting Championships.

Her mark was one point better than the record set by Joseline Cheah in the same tournament last year.

The Johorean, who joined the national training camp in late August, has been shooting consistently which won her praises from coach Yusri Jusoh.

“It felt good that I can maintain my composure and put up a consistent performance against some 350 shooters from different nations online, ” she said.

“The tournaments helped me gauge my ability and also understand how effective the programmes have been since I started training at the National Sports Council four months ago.”

Happy with how 2020 has turned out although blighted by the Covid-19 pandemic, Syasya is hopeful the new year would help expose her on the international stage.

“Firstly, I’m hopeful and will pray for the pandemic to subside. I badly want some top-level competitions like the SEA Games in Hanoi and also Sukma in Johor.

“But my target is the 2022 Commonwealth Games in Birmingham because I get to compete against world-class shooters especially those from India.

“I’m honestly grateful and blessed to be part of the national team at this young age. To those who believed in me, I want to repay their faith by bringing honour to the country.” 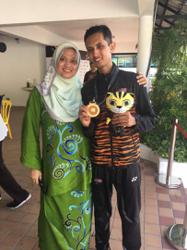