MCA welcomes the call by the Conference of Rulers to all political parties to end racist and religious incitement. Once again, the Malay Rulers have risen to the occasion in being national unifiers, thereby indicating their care and concerns for all Malaysians and the future wellbeing of our country.

Political parties and coalitions should be judged based on their performance to the rakyat, more acutely in times of need or natural disaster. It hits below the belt when hatred is fanned merely as a means to scoop ballots.

The wisdom of His Majesties is a sobering reminder not only to politicians, but to all Malaysians. In particular, in this post GE-15 era where national reconciliation becomes more pressing than ever, public figures and key opinion leaders who spew inflammatory remarks to advance their personal interests, are urgently requested to cease such provocation which inflict schisms to society.

More can be achieved when influencers leverage on their appeal to restore goodwill. How is whipping up racial and religious fervour which are seditious in nature beneficial to multicultural and multireligious Malaysian communities at large?

It is now more essential than ever to build bridges with a focus on economic recovery. The unity government led by the 10th Prime Minister Datuk Seri Anwar Ibrahim needs all the support that it should receive.

When multiracial Malayans came together in our uphill struggle to negotiate for Independence and proved to the colonial administration that we could govern the country and co-exist harmoniously, we can once again replicate such goals post-GE15.

In our own simple ways, common Malaysian folks could embark on interfaith dialogues or joint activities. Gestures like these gain each other’s trust and rid society of suspicion.

When a nation’s citizens are united, practise mutual respect, such values instill confidence and attract investors and visitors to come. A united nation, is a strong and healthy nation and exudes strength. 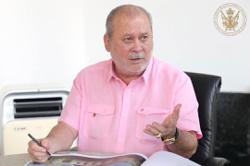 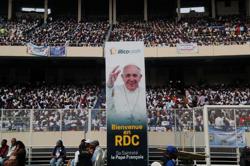 Don’t let the dogs loose
There must be flexibility on dress code
There should be no prejudice in essential services
Poser on validity of legal documents at JPJ
Move on fees applauded
Relationship based on mutual respect
Meetings raise concern
Set up units to monitor all complaints from the public
Philosophy behind mission schools based on unity, education for all
Are ALL children in Malaysia getting an education?