DESPITE the headline, my column today is not really about my love affair with Bollywood movies. Well, not entirely. Rather, it is about sending a message to those people – usually irresponsible members of Parliament in the hallowed house of legislature – who would purposely hurt many others with shouts of “pendatang” and “Malaysia adalah Tanah Melayu”.

I’ve only watched six Hindi movies in my life.

In the 1970s, I watched Haathi Mere Saathi (Elephants Are My Companions), Yaadon Ki Baaraat (Procession of Memories) and Aa Gale Lag Jaa (Come, Embrace Me).

There were hardly any Malay kenduri (feasts) that did not blare out the famous songs from these movies back then.

In those days, Hindi movies reigned supreme. Their songs are all memorable and I can sing the themes (though I don’t understand a word) of all the movies I watched. And everyone’s favourite movie idol then was Rajesh Khanna.

After a lapse of 20 years, I next watched the all-time king of Bollywood, the incredibly talented Shah Rukh Khan, and his movies like Kuch Kuch Hota Hai (Something Something Happens), Mohabbatein (Love Stories) and Kabhi Khushi Kabhie Gham (Sometimes There is Joy, Sometimes There is Sorrow). I felt like a teenager again, humming the theme songs.

But I noticed a difference this time: kenduri now featured only Malay songs or religious songs in English and Malay.

Hindi movie songs, although just as good as before, if not better, were silenced.

However, I used to see Malay women dancing to Hindi numbers as they exercised, as well as songs in Chinese, English and Malay.

And one Indian family played the Mohabbatein theme song every morning loudly enough that I could hear it from my house 200m away. Nobody in the neighbourhood minded. It is really a good song!

Kabhie Khushi Kabhie Gham is my favourite Hindi movie of all time. The story is about a childless couple who adopt a baby boy, Rahul. The woman loves him deeply and considers him the family’s first child even after she eventually has a son of her own.

When Rahul is old enough to understand, the father informs Rahul he is adopted because it is his right to know and then promises it will never be brought up again.

Rahul grows up to be a fine young man, following his adoptive father into business and making his parents proud – until he falls in love with a woman deemed unsuitable because she’s from a poor family.

Though the mother gives her blessings, the father is furious and when Rahul refuses to give up the girl, the father says, “It is now evident that you are not and never have been a part of this family’s bloodline.”

Well, I think the words were to that effect. I had to read the subtitles with tears welling in my eyes.

Damn Hindi movies! They can make you cry and laugh and feel sad and happy and everything else in between in just three hours.

Indians truly have a gift for storytelling, and no wonder since their civilisation is thousands of years old with philosophies about humanity, divinity and the soul permeating their scriptures and writings.

So, what happens to Rahul? I won’t spoil the ending, you will just have to watch the excellent movie yourself.

The political lesson here is about how some of our politicians are behaving like Rahul’s father, harping on “pendatang” and “Tanah Melayu”.

There are citizens in Peninsular Malaysia who would feel great hurt hearing such words.

There are citizens in Sabah and Sarawak who would feel not just hurt but angry at such insensitive sentiments.

Such politicians make me wonder where this country is going in the next 60 years.

The thing is, such people keep getting elected by their own race, and that worries the heck out of me.

Will we have to continue listening to such things for the next 60 years uttered by the sons and daughters of these kinds of MPs?

Perhaps if these MPs were to listen to Hindi movie songs and dance to their melody, we would be less racist and more inclusive. Better yet, they should watch the great Bollywood movies and feel the pain of hurtful statements and shed tears of hope and love.

Perhaps then we can discover our common humanity and the richness of each other’s heritage. And maybe such movies can provide a quiet dignity to all cultures that would be teachers of humility, kindness and compassion not only in Malaysia but in the whole world. 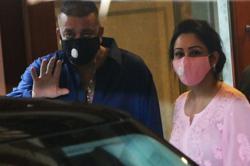