IT is normal for higher learning institutions to have a list of dos and don’ts for their students but some universities in China got netizens into heated discussions over a ban on sex before marriage.

The saga started when one section of the handbook for the Dalian University of Technology’s postgraduate students stated that those who had sex before marriage would get demerit points in school.

This caught the interest of netizens. The most asked question was “how to determine if a person had sex”.

The section, detailing students’ behaviours, also touched on the possession of pornographic materials, uncivilised behaviour such as smoking in public places, receiving or providing sexual-related services, among others.

It was reported that about 20 other higher learning institutions, including Zhejiang University, Fudan University and Central China Normal University, imposed the same prohibition on students.

Netizens are questioning whether the school has the right to take action on adults for having sex.

Topics with the hashtag higher learning institutions banned students from having sex before marriage were read 420 million times.

“Postgraduate students are at least 24 years old, they are mature enough to know what is right and wrong,” said Dumu.

Some netizens joked that the ban was, in fact, aimed to encourage marriage rate, which is dropping annually.

Those who supported the move cited their concern that their education might be affected if a student gets pregnant.

“This is a matter of moral behaviour. Females cannot have sex with men other than their husbands,” said some Internet users, who were being labelled “the traditional type” by their opponents.

Instead of imposing unnecessary bans on students, some people urged university authorities to beef up efforts in preventing sexual harassment by lecturers or cases of tutors forcing students to have sex in exchange for exam points.

According to a survey on Wenjuan.com, which has an average of 650 million respondents a year, 58.54% of the participants do not support undergraduates having sex before marriage.

To another question, 55.47% of those surveyed viewed that higher learning institutions have no right to punish students for such act.

The number of respondents to this questionnaire was not revealed.

Another survey, conducted among 20,000 people, saw half of the respondents saying “no” to seeing students being punished for having sex, 30% supported the ban on sex before marriage while the rest replied that it was none of their business.

Dalian University of Technology later clarified that this particular clause had been removed from the latest handbook.

“The one posted on the Internet was an old version,” a staff explained.

Meanwhile, Nankai University is praised for a new accommodation arrangement.

The higher learning institution in Tianjin has allocated 34 rooms for married couples who are students of the university.

With an annual fee of just 2,400 yuan (RM1,540), the 20sq m rooms are equipped with a private bathroom and kitchen in addition to the usual facilities such as a reading desk and wardrobe.

Netizen Jiaoyu is envious of the offer, hoping that her school would follow suit.

“I am paying 1,500 yuan (RM965) for a small apartment outside the university in order to live with my husband and this is a financial burden to us.

“Not only this, we have to fork out additional money for transportation too,” she added.

Another netizen said allowing husband and wife to live together could encourage a higher birth rate – a new vision of the country to counter the ageing population problem when the government changed its family planning policy for couples to have a third child beginning June.

Currently, dormitories at Chinese universities can accommodate two to six people per room.

Most institutions have separate blocks for males and females while some put them in the same building but on different floors.

In a separate incident early this month, a court in Kunming city of Yunnan province saw a young couple locking horns after their relationship turned sour.

The man had demanded a divorce from his newly married wife, a 24-year-old nurse, just an hour after their marriage.

The 26-year-old college student said he regretted the rash decision of tying the knot.

His wife, however, refused to sign the divorce papers, saying she wouldn’t sign unless he gives her 300,000 yuan (RM193,000) as compensation.

The nurse was introduced to the student by his father, who got to know her when he sought treatment at the hospital where she works.

The couple got married after dating for several months.

The court has rejected the divorce application on the basis that the applicant could not prove that his marriage had fallen apart. 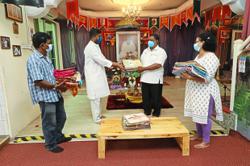