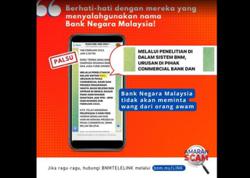 NEWS that a rare clouded leopard burst into a house in Pahang and frightened a couple has gone viral.

According to the Lipis district police, the incident happened at 6.30pm on Thursday (Nov 24).

A rare clouded leopard (known as harimau akar in Malay) had been chasing a house cat when it ran into the home of a couple in their 50s.

District police chief Supt Azli Mohd Noor said the 55-year-old man was in the house with his 58-year-old wife, a stroke patient who was lying in bed, when the leopard came in through the front door.

"The husband attempted to chase it away, but the animal jumped onto the bed and left a scratch on the woman’s brow," he said in a statement on Friday (Nov 25).

He said the woman was treated by health personnel from the Padang Tengku Clinic.

The leopard then hid under the couple’s house and was surrounded by villagers until personnel from the Wildlife and National Parks Department (Perhilitan) arrived at 8pm.

They managed to sedate the animal and took it away to be relocated.

Ordinarily, the clouded leopard is a very shy feline and rarely comes in contact with humans.

It has large dusky-grey blotches and irregular spots and stripes that are said to look like clouds, hence its name.

Although they are called "leopards" they are actually a separate species of big cat whose last common ancestor with leopards lived six million years ago.

A nocturnal animal, its range extends from Nepal, Bangladesh, and Assam (eastern India) through Indochina to Sumatra and Borneo, and north-eastward to southern China and formerly Taiwan.

It is estimated that fewer than 10,000 mature individuals remain in the wild with no single population having more than 1,000 animals.

Due to its small numbers, the cat has been designated a vulnerable species. 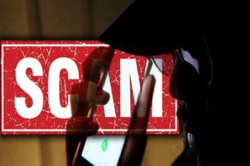 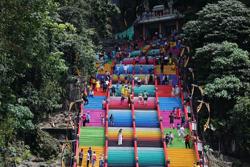