A security guard checkingthe temperature of people coming inside a market during an enhanced community quarantine to help curb the spread of the new coronavirus at the usually busy downtown Manila, Philippines on Saturday (April 4). - AP

MANILA: A 63-year-old man was shot dead in the Philippines after threatening village officials and police with a scythe at a coronavirus checkpoint, police said on Saturday (April 4).

The man is believed to have been drunk when he threatened village officials and police manning the checkpoint in the town of Nasipit in the southern province of Agusan del Norte province on Thursday, a police report said.

"The suspect was cautioned by a village health worker ... for not wearing a face mask," the report said. "But the suspect got angry, uttering provoking words and eventually attacked the personnel using a scythe."

The suspect was shot dead by a police officer who was trying to pacify him.

The incident is the first reported case of police shooting a civilian for refusing to follow restrictions to curb the spread of the coronavirus.

President Rodrigo Duterte warned on Wednesday he would order the police and the military to shoot anyone who created trouble.

The Philippines' main island of Luzon has been under a month-long lockdown since March 16, prohibiting people from leaving their homes except for essential trips to the grocery or the pharmacy, or if they are front-line workers.

Many provinces outside of Luzon have also imposed their own restrictions in a bid to prevent the virus from spreading.

The Department of Health reported 76 new confirmed cases of infection in the Philippines, bringing to 3,094 the total tally in the country. 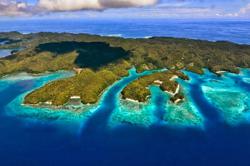 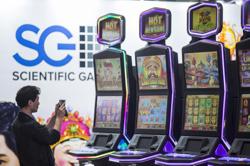