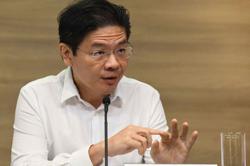 JAKARTA (Bloomberg): Indonesia plans to start building its longest sea bridge next year to connect two islands near Singapore and boost growth and trade with the neighboring hub.

The seven-kilometer bridge connecting Batam and Bintan will cost as much as 4 trillion rupiah (RM1.1bil) and construction is set to take three to four years, the country’s cabinet secretariat said in a statement on Thursday.

President Joko Widodo, who has secured his second term in office, is embarking on a more than $400 billion infrastructure push. The government wants to re-position Batam as an alternative shipping and manufacturing hub to Singapore with a potential to draw $60 billion in new investment.

The ministry in charge of public works is preparing a feasibility study and analyzing engineering designs, and is aiming complete these by year-end, according to the statement.

Indonesia Has a $412 Billion Plan to Rebuild the Country

Indonesia is developing the Batam area to attract opportunities potentially arising from trade tensions between the U.S. and China, according to Edy Putra Irawady, head of Batam Development Body. The bridge would also complement Singapore’s effort to boost air-passenger traffic by building a fifth terminal for its Changi Airport.

Indonesia wants the bridge to reduce logistics costs, improve connectivity and boost tourism in the area. Widodo’s administration is also reviewing the possibility to connect Peninsular Malaysia with the Indonesian island of Sumatra, head of the country’s toll-road regulator, Danang Parikesit, said in an interview last month. - Bloomberg